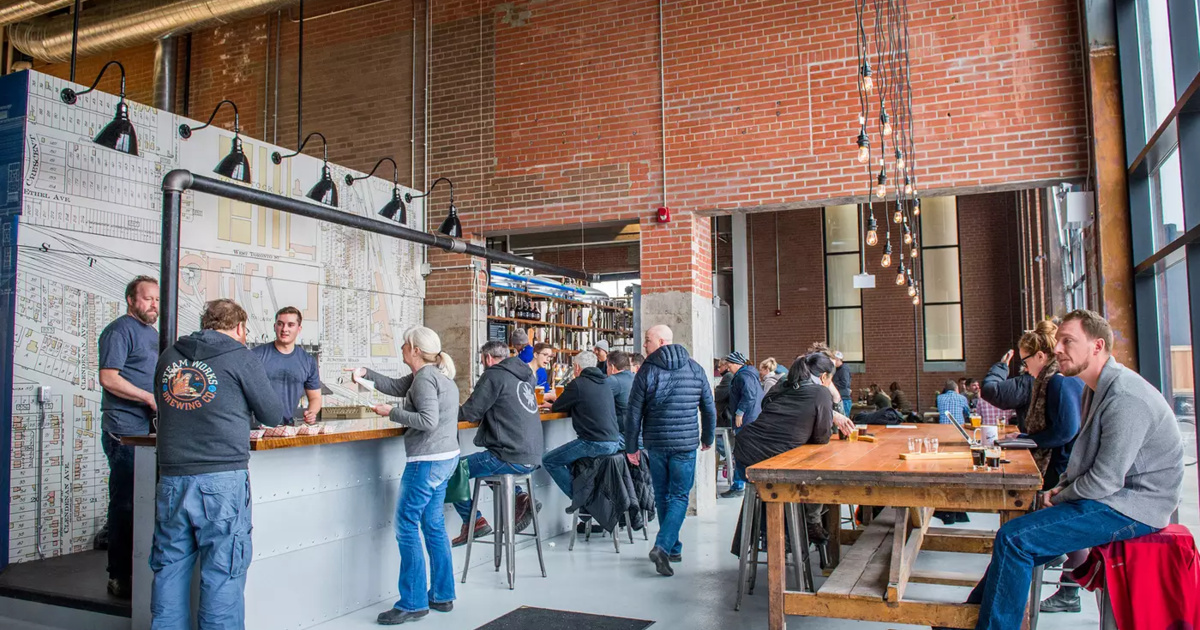 New tap rooms in Toronto pop up all the time, and discerning beer drinkers in this city make it their duty to investigate as many as possible, sampling as many different beers as they can along the way. Whether you identify as one of these die-hards or just want to relax with a fresh flight, hop to it and check out these newly opened spots.

Here are my picks for the top new tap rooms in Toronto.

Party with your pooch in Leslieville at this brewery named for the owners dog. The 3600-square-foot space full of live-edge tables and barrels is housed in a 1940s building.

Since this place actually lets hobby brewers use their equipment, it’s one of the best tap rooms in town for checking out one-off experimental beers you’ll never see anywhere else again. Bonus: you’re encouraged to order delivery to the brewery.

One of the biggest craft breweries in the city makes its home in this imposing space in the neighbourhood for which it’s named. Light floods in through tall windows, picnic benches and communal tables provide seating, and the Conductors and just keep flowing.

Contract brewing for some of the biggest craft brands in the city and from all over the world takes place here. Sample hearty but pure Stockholm-born Zodiak, traditionally produced Trappists beers, and rare collab brews.

Home base for Longslice Brewing is now in the Canary District. Play pool or an arcade game or just chill on an idyllic wraparound patio.

by Amy Carlberg via blogTO
Posted by Arun Augustin at 12:19 PM