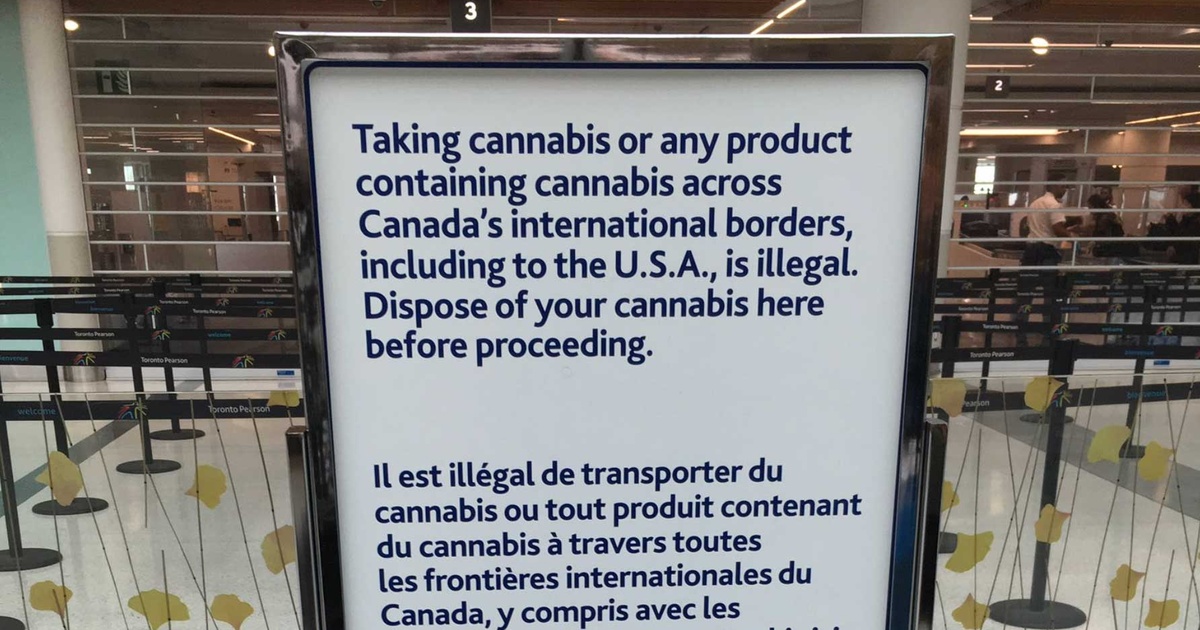 It's getting harder and harder every day to get your hands on some legal weed in this province.

First, there was the problems with the OCS website, which are still ongoing. Then, Canada Post went on strike.

Optimism persisted, however, when it seemed like the airport would have a free weed bin.

I'm joking, of course, but Pearson has announced that the bins will be secure to prevent people from using them as their own personal dealer.

Greater Toronto Airport Authority spokesperson Robin Smith has laid down the reality of the situation―the bins are a one-way policy.

Smith says the idea of free weed is "resoundingly incorrect," and that the bins will be heavily monitored by security personnel, and emptied frequently.

Furthermore, the open trash cans currently being used are a temporary measure, and a more secure option will be in place as soon as possible.

So, if you were looking to take a trip to the airport for some free weed, maybe you'll have to check out the dumpster out back instead.

Pearson hopefully won't empty the bins there, but you're more likely to find some weed there than have your OCS shipment delivered. Probably.

by Staff via blogTO
Posted by Arun Augustin at 6:37 AM