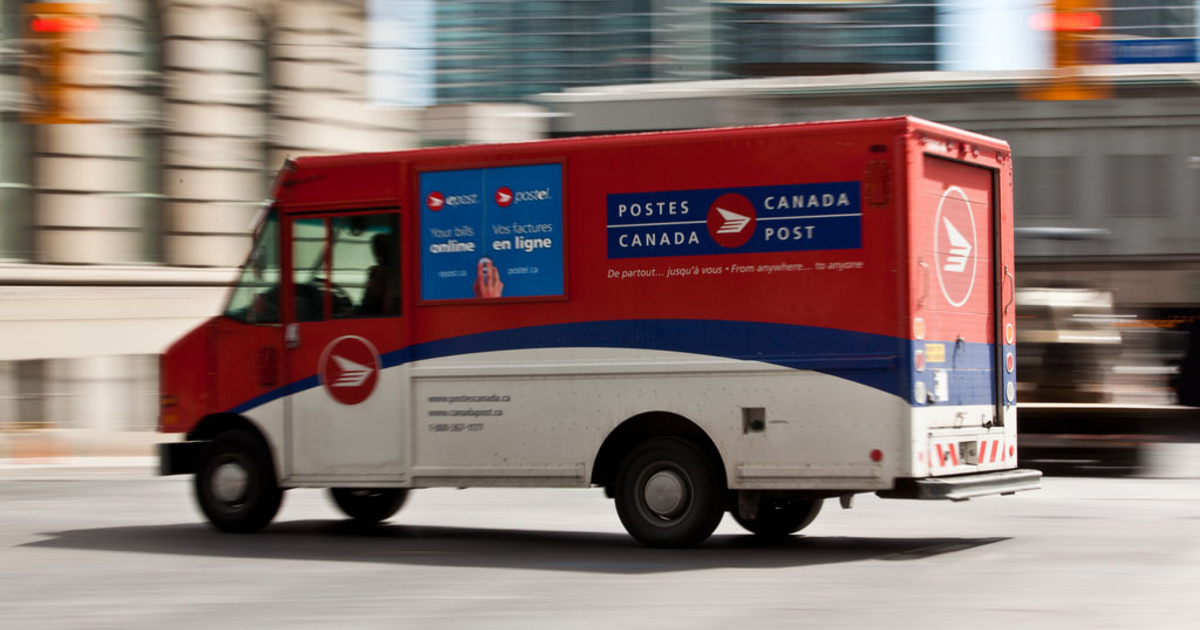 Weed has been legal for more than a week in our true north strong and free, and a lot of Ontarians are looking to get high.

Unfortunately, many have been unsuccessful in their attempts to score from the only (legal) source in our province. And it's not for a lack of weed.

The Ontario Cannabis Store announced in a press release on Thursday that, despite receiving more online orders in the first 24 hours of operation than all other provinces combined, it maintains an "adequate product supply" with more coming in on a regular basis.

What they don't have, apparently, is a reliable means of delivery, thanks in part to ongoing labour disruptions at Canada Post.

The OCS has released the following update: pic.twitter.com/JL1V7ABO5C

More than 9,000 postal workers have been off the job during rolling strikes this week in the GTA alone, leading to what the OCS calls "a backlog at Canada Post."

With no brick-and-mortar Cannabis stores set to open in Ontario until April 2019, customers are being forced to wait way, way longer than promised for their cannabis deliveries.

How authentic of our new, government-sanctioned drug dealers.

Got my delivery! 😁 number 587xx. Opened package with excitement! Weighed it. 😠 Got ripped off, 2g in a 3.5g package order. #WeighYourWeed #ontariocannabisstore

Complaints about delayed, incorrect or straight-up cancelled weed orders in Ontario have been flooding social media networks over the past week.

Ontario Finance Minister Vic Fedeli told reporters at Queen's Park on Thursday that the delay is being caused, in part, because "the criminals lied to us."

"All of the cannabis store assumptions were made… based on illegal data, illegal information from illegal sales," he said. "And guess what? The criminals lied to us. They did not properly report their sales, if you can imagine that happening."

@canadaposthelps @canadapostcorp thanks for ruining my first batch of legal weed you guys delivered to wrong house and let someone else sign the package, I thought you were suppose to ID people?? #OntarioCannabisStore

Fedeli doubled down on comments he made last week about how the PC government has a backup plan.

"We're continuing to use Canada Post throughout the rotating strikes and if they go to a general strike, we'll go to Plan B," he said. "But we are encouraging the federal government to continue working with Canada Post to bring this to a resolution."

He held back, once again, when it came to revealing any concrete details.

"We won’t be discussing what our Plan B is," he said, noting that it would only be implemented in the case of a general strike at Canada Post.

OCS, for its part, says that it's working to mitigate the ongoing impacts of labour disruptions at Canada Post.

"We continue to ask for the public's patience as we work through these unprecedented issues," said OCS President Patrick Ford in a release on Thursday.

"We will continue to provide updates to the public as we work through these issues."

by Lauren O'Neil via blogTO
Posted by Arun Augustin at 7:07 AM