The Toronto Raptors mascot is a T-Rex for Halloween 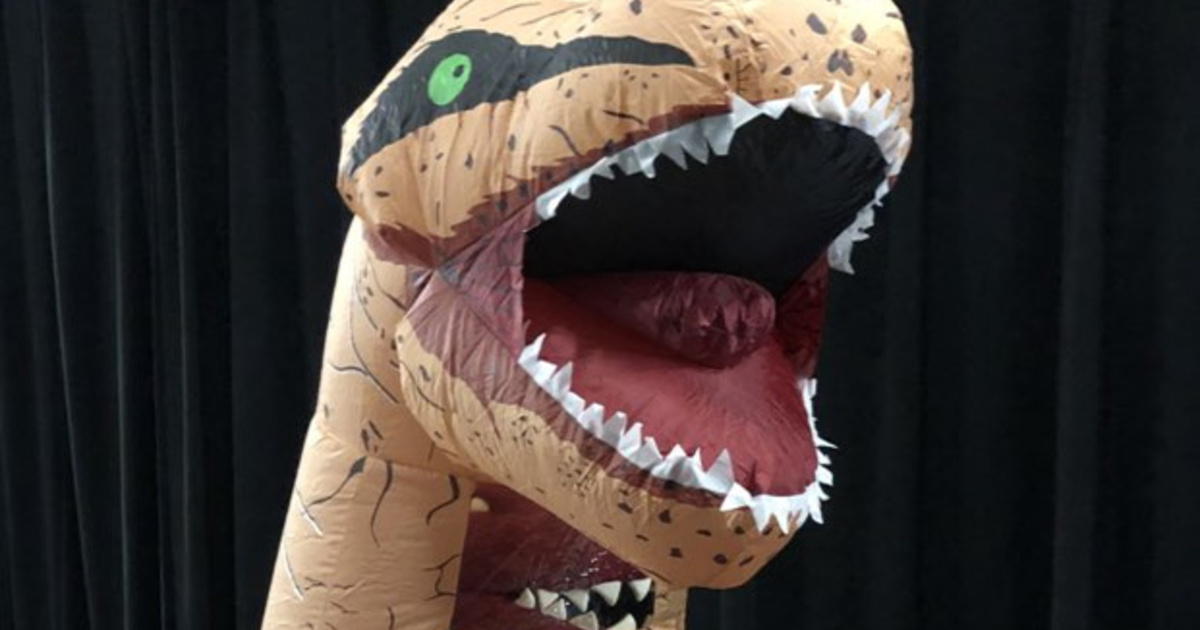 Prepare to not be sick of those inflatable T-Rex costumes for about a minute, friends, because Toronto's most famous dinosaur just made a Halloween funny.

The Toronto Raptors mascot, known simply as "The Raptor," is one of the most energetic and consistently hilarious mascots in professional sports.

He's been known to dress up for Halloween in the past (as well as to troll NBA superstars). Heck, in 2016 he changed costumes 21 times and performed Michael Jackson's 'Thriller' during an October 31 game at the Rogers Centre.

The team has Halloween off this year, but that didn't deter the Raptor from having some fun at last night's home game against the 76ers.

The Raptor himself also won — my respect, that is, by dressing up as much larger breed of dinosaur.

Hey @raptors fans! It’s our Halloween 🎃 👻 themed game tonight so I decided to get dressed up! #DoubleDino #WeTheNorth pic.twitter.com/AtH34jW2jm

A Velociraptor dressing up a Tyrannosaurus rex is like a beagle dressing up as a Great Dane, or a shih tzu dressing a St. Bernard, or an Italian Greyhound dressing as a regular Greyhound. It's hilarious.

Neither the raptor costume or the inflatable T-Rex costume are anything close to anatomically correct (obviously) and scientists aren't even sure if they were ever on Earth at the same time, but you get the idea.

Animal humour is the best kind of humour, even when those animals are long dead and never coming to back to life (I'm talking about the dinosaurs, not your belated shih tzu).