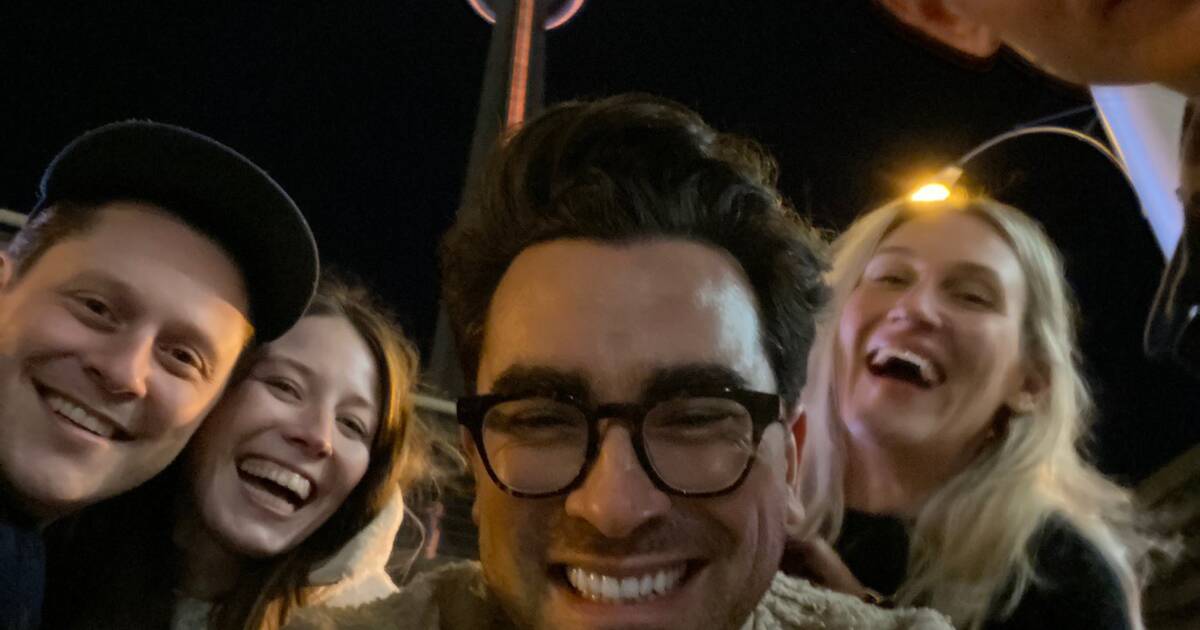 It's no secret that Toronto is full of pride following Schitt's Creek's sweep at the Emmy Awards on Sunday night, and several city landmarks lit up in gold yesterday in the beloved TV show's honour.

Toronto Mayor John Tory announced Monday that the brand new Toronto sign would light up in gold at night to celebrate the show.

"The Toronto Sign will be lit up in gold tonight to celebrate @SchittsCreek and the show's sweep at the #Emmys!" Tory tweeted. "Congratulations again to the cast and crew of #SchittsCreek for showing the strength of our local screen industry!"

Shortly after, the CN Tower tweeted that the top of the attraction would do the same.

A few cast members, including Dan Levy (David Rose) and Noah Reid (Patrick Brewer), went over to the CN Tower in person to see the golden glow last night, and they posted several adorable photos and videos in front of the landmark.

"Our hometown went gold for us tonight," wrote Levy on Twitter along with an adorable selfie of him, Reid and his wife, producer Amy Segal and director (and Ryerson grad) Andrew Cividino. "What an honor. Thank you, Toronto!"

Our hometown went gold for us tonight. What an honor. Thank you, Toronto! pic.twitter.com/fY4ltigWMd

Segal also posted a video of her own showing the cast and crew members taking in the view and appreciating the surrealness of the moment.

Those who had a view of the tower might have noticed that it was also blue last night (for Alzheimer's Awareness), but it turned gold at the top of every hour for the Schitt's Creek gang.

The show, which recently reached international acclaim during its sixth and final season after years of falling under the radar, picked up a total of nine awards at this year's Emmy's.

The series broke records for winning every single award in the comedy category, and Levy himself also broke a record for winning for acting, directing and writing for the same show all in one year.

Those who've seen and love the show know that it's an example of a world without homophobia, intolerance and hate — which is particularly refreshing as we continue living through some of the most turbulent, polarized times known to recent history.

So if you've yet to see the show (what are you waiting for?) and are looking for escapist television that sets an example for how our world could (and should) be, you'll be glad to know that the entirety of Schitt's Creek is available to stream for free on CBC Gem, and the final season is also set to air on Netflix next month.