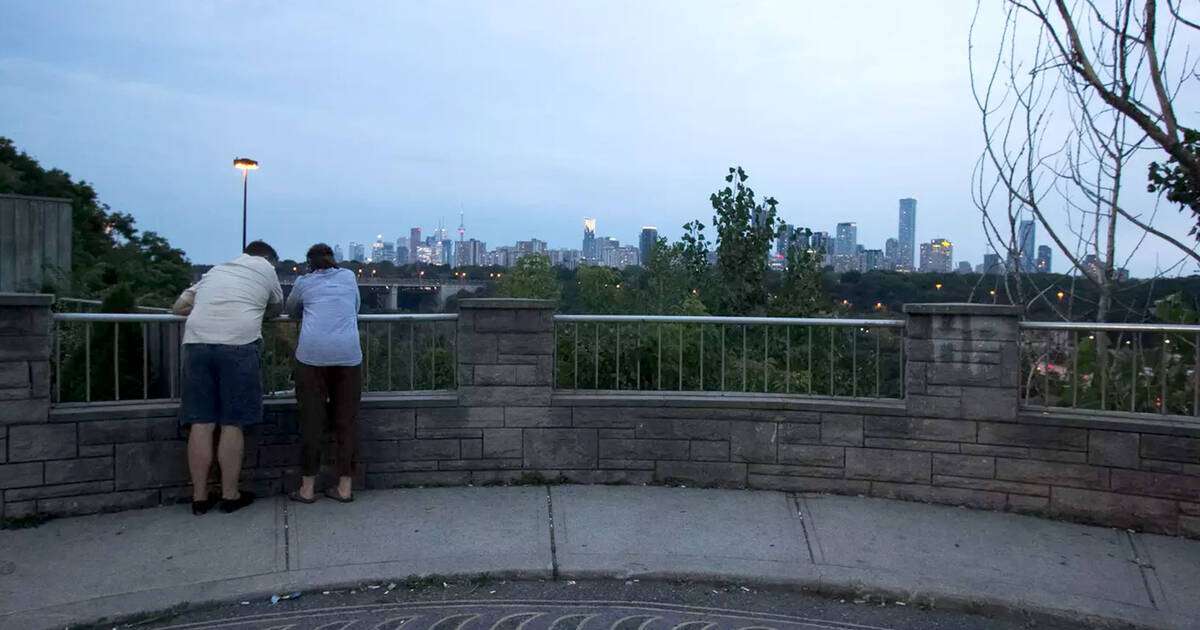 Residents near the Chester Hill Lookout are sharing their concerns about the ever-popular observation deck that they say is no longer the peaceful, romantic spot it once was.

Instead, those living in the area near Danforth and Broadview say that the beauty of the Lookout has been taken over by speeding cars and motorcycles and is now a place to go to procure prostitution and illicit drugs.

"A couple of years ago, it totally changed. At night, you'll hear motorbikes and big, loud cars driving down there at really high speeds at any time of the night and driving out again," resident Julian Mulock said.

"It has just become this really unpleasant spot and the amount of garbage that is left there now is just phenomenal. It's lost its romance, its lost its beauty and frankly, the neighbours don't go down there after dark because its just not safe."

Mulock also mentioned a shooting that happened at the Lookout last year when an illegal music video was being shot there.

"The police pulled 11 bullets out of parked cars and porch ways of houses and someone was shot."

Police say a 64-year-old man has serious injuries after being shot on Chester Hill Rd, near Broadview & Danforth last night. Victim was driven downtown, where emergency crews then transported him to a trauma centre. Crime scene is near the popular Chester Hill Lookout. #Toronto pic.twitter.com/T3UqmRVpeb

In saying all of this, Mulock did add that the Lookout is still a beautiful spot that attracts hiking tours during the day.

"It's just that it has this strange thing that happens after dark."

Working with @TO_Transport and neighbours the new planters have been installed by the lookout on Chester Hill Road to make this area safer for everyone. pic.twitter.com/fXRUWMCVnw

To make the spot safer, the local neighbourhood association contacted the police assigned a neighbour watch police officer to the area.

"We do a patrol of that area every day, we have what's called a directive patrol so generally what happens is community members will call and voice their concerns about a particular area," a Toronto police officer told blogTO, adding that a directive patrol is in response to community complaints.

"We do constant patrols of that area and we'll continue to do them."

Chester Hill Lookout is located at the end of a quiet residential road off of Broadview Avenue.