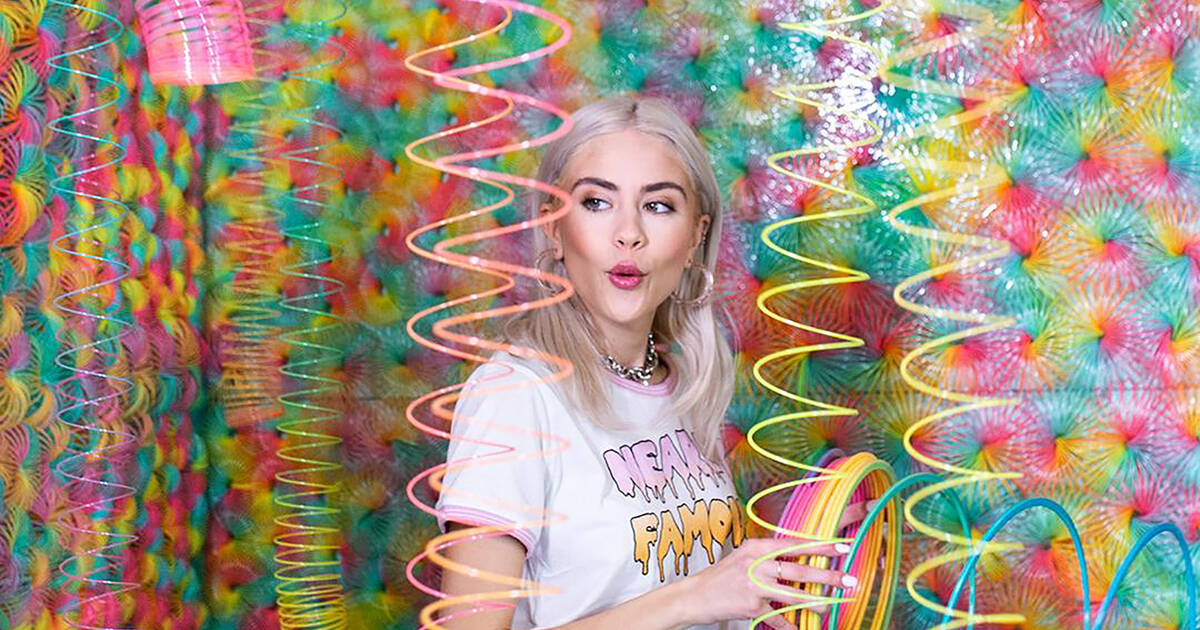 Events in Toronto this week look to transport you back to a place of gel pens and Furbies as HideSeek arrives with all the childhood nostalgia you can handle. The One of a Kind Show is back and the Jays are ready for a new season. There's lots of free stuff happening, too.

Billy Idol (March 25 @ Queen Elizabeth Theatre)
It's a nice day for a white wedding as one of the old school bad boys of 80's punk rock drops by to play alongside Steve Stevens.
Clifford (March 26 @ The Royal Cinema)
Happy Martin Short Appreciation Day, Toronto! And to celebrate, The Royal is screening a special tribute to the legendary funnyman with Clifford.
The Last Days of Disco (March 26 @ TIFF Bell Lightbox)
Chloe Sevigny and Kate Beckinsale star in this film about two Manhattan editors' foray into disco with writer-director Whit Stillman dropping by to chat.
Methyl Ethel (March 27 @ The Garrison)
Aussie indie rockers Methyl Ethel create dreamy sound that are full of fun, that recall the old days of psych rock.
The Surreal Life (March 27 @ 187 Augusta)
The work of POC, LGBTQ+, gender non-conforming individuals and cis and trans femme comedians is highlighted in this comedy-as-art show.
Betty: They Say I'm Different (March 27-30 @ Art Gallery of Ontario)
Helping to shape the landscape for female artists in America, Betty Davis used funk music as both a form of expression and activism.
One of a Kind Spring Show (March 27-31 @ Enercare Centre)
The spring edition of this huge vendor market is set to feature over 500 local and regional artisans specializing in unique goodies of all kinds.
Blue Jays Home Opener (March 28 @ Rogers Centre)
The Toronto Blue Jays are getting ready for action and ready to kick off a new season with a new game face on against rivals the Detroit Tigers.
Muse (March 28 @ Scotiabank Arena)
Like the progressive rock of old, Muse arrives with their own take on the genre and its emphasis on slow, spacey sounds and soaring, gentle vocals.
Long Winter (March 29 @ Workman Arts)
The final instalment of this music, art and performance series is on with the best of Toronto's local art scene coming out for one last jam.
Emergents (March 29 @ Music Gallery)
Shining a spotlight on female and non-conforming musicians, Emergents returns with Jana Luksts and Happenstance with a new take on classical music.
Anderson Cooper (March 30 @ Roy Thomson Hall)
As American politics dominates the media, CNN anchor Anderson Cooper is arriving to chat about what it's like to be in the thick of it all.
Butterbeer Bar Crawl (March 30 @ Multiple Venues)
Back again is this Harry Potter-themed bar crawl with lots of Butterbeer and Fire Whiskey, costumes, prizes and even a Yule Ball afterparty.
HideSeek (March 30 - June 2 @ 1305 Dundast Street West)
Slinkies, Pop Tarts, crimped hair and Hot Wheels: this new, immersive adult playground is dedicated to all-things childhood nostalgia.
Old Book and Paper Show (March 31 @ Artscape Wychwood Barns)
Photographs, books, posters, prints, maps, magazines and all kinds of rare and vintage printed material are for sale at this huge show.

by Lisa Power via blogTO
Posted by Arun Augustin at 5:52 AM