Toronto bar Crocodile Rock could soon be demolished for condos 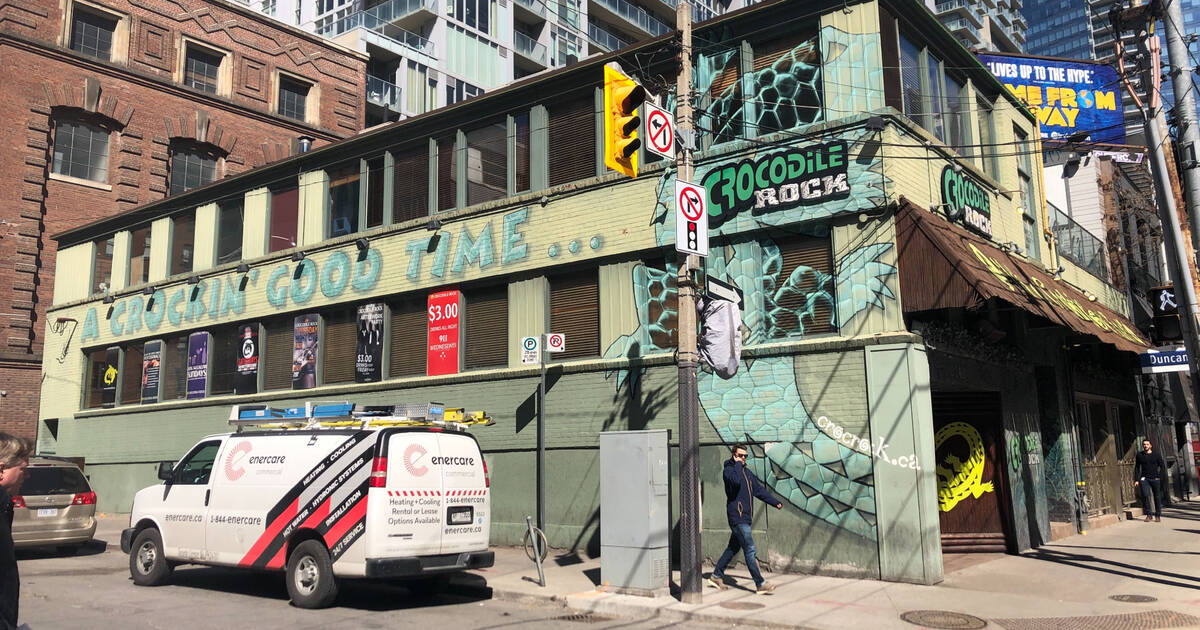 Get your fill of dirt-cheap drinks and expensive-looking women while you can, party people: Crocodile Rock on Adelaide West could soon be going extinct.

A recent filing to the City of Toronto's lobbyist registry suggests that time is running out for ol' Croc Rock and its neighbours at the corner of Duncan and Adelaide, in the development industry's rush to build more condo towers downtown.

BuzzBuzzHome reports that local businessman and architect Ralph Giannone is lobbying the municipal government for reasons related to planning, development and zoning by-laws on behalf of Jeremia Rudan, who owns the Copacabana Restaurant beside Crocodile Rock at 230 Adelaide.

No specific construction plans have yet been revealed in connection with the lobbying effort, but it is of note that Giannone—a partner and principle architect at Toronto's esteemed Giannone Petricone Associates Inc.—has helmed such major residential redevelopment projects in Toronto as Fabrik, Flaire, Regent Park Block 22 and Trinity Lofts.

We can't say for certiain why Giannone would be lobbying the city regarding the "site at 240 Adelaide St W" (read: Crocodile Rock), but given his line of work and skyrocketing property values within Toronto's Entertainment District, well... it's reason to be concerned for bar regulars.

"A lobbyist filing is not a development application, and is not absolute confirmation that any redevelopment is imminent or expected," notes BuzzBuzzHome.

"However, given the amount of development activity in the Entertainment District... and the involvement of an architect with expertise in mixed use developments, one would suspect that the site would be redeveloped into a condominium or rental tower with potential for at-grade retail."

The Croc could perhaps live on, if this is the case, albeit in the base of a condo building. That should take care of the rats, at least, though I can't say the same for the cougars. Meow!

by Lauren O'Neil via blogTO
Posted by Arun Augustin at 12:18 PM