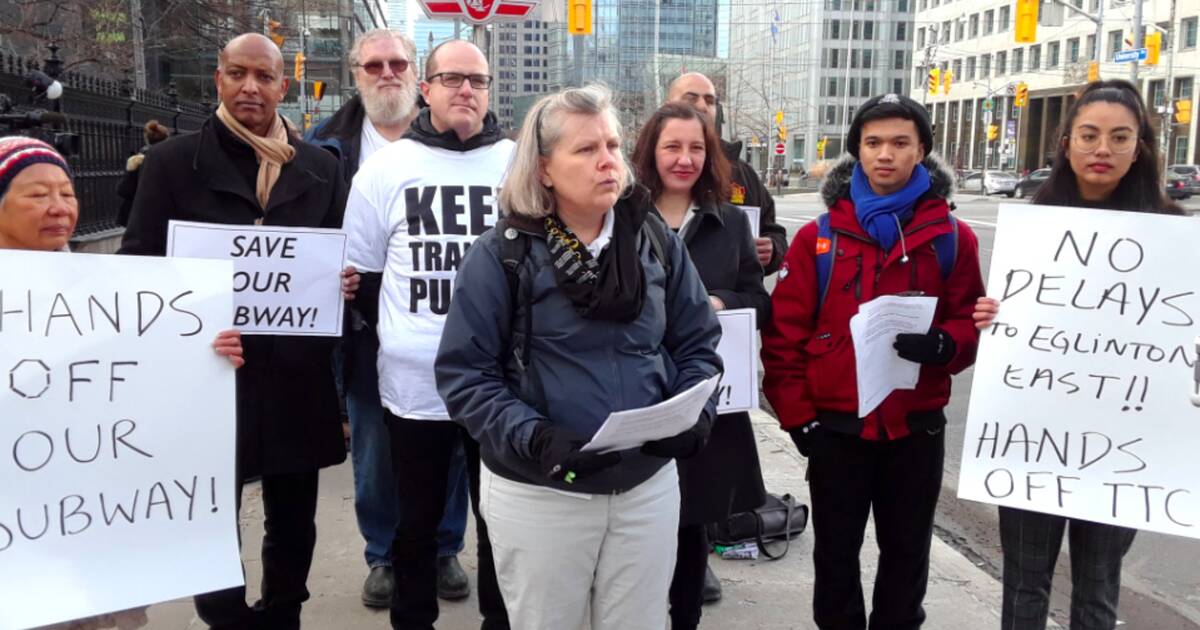 City Council will vote today on the Ford government's plan to take over the TTC, and people are taking to the TTC to protest the plan.

For the second time in two months, protestors took over more almost half of the subway stations across the city to hand out leaflets to commuters during rush hour this morning.

They didn't have their 12-foot-tall Doug Ford puppet this time, but members of the local public transit advocacy group TTCriders could be seen at nearly every busy station on the TTC.

This morning, find us at a station near you to stop Ford's subway takeover! Can't make it? Call Mayor @JohnTory to demand urgent action at today's City Council meeting: https://t.co/LieVfr6MVL #OurSubway #TTC pic.twitter.com/pNGiQz4IkK

The #OurSubway protest was repped by dozens of local groups like Toronto Education Workers, Jane Finch Action Against Poverty, and the Toronto & York Region Labour Council, who covered 39 stations along all four lines of the subway.

Students deserve better transit, not a plan that opens the doors to privatization and higher fares.

Thanks to the Canadian Federation of Students Ontario (@CFSON) for flyering at King station! #OurSubway #topoli #onpoli pic.twitter.com/BW4UBjLOr6

There were also a number of MPPs protesting, as well as Councillor Joe Cressy at Osgoode Station this morning with CUPE Local 79.

Ford's subway takeover would open the door to privatization. Bad for workers and bad for the maintenance of our system@ATUlocal113 members and ATU 113 President @C_ATULocal113 flyered at Osgood stn to say this is #OurSubway pic.twitter.com/XUT0PQ1mHq

Councillors and citizens alike have expressed their concern about the proposed TTC upload to the province since the provincial government first announced its plan in January.

by Tanya Mok via blogTO
Posted by Arun Augustin at 9:03 AM