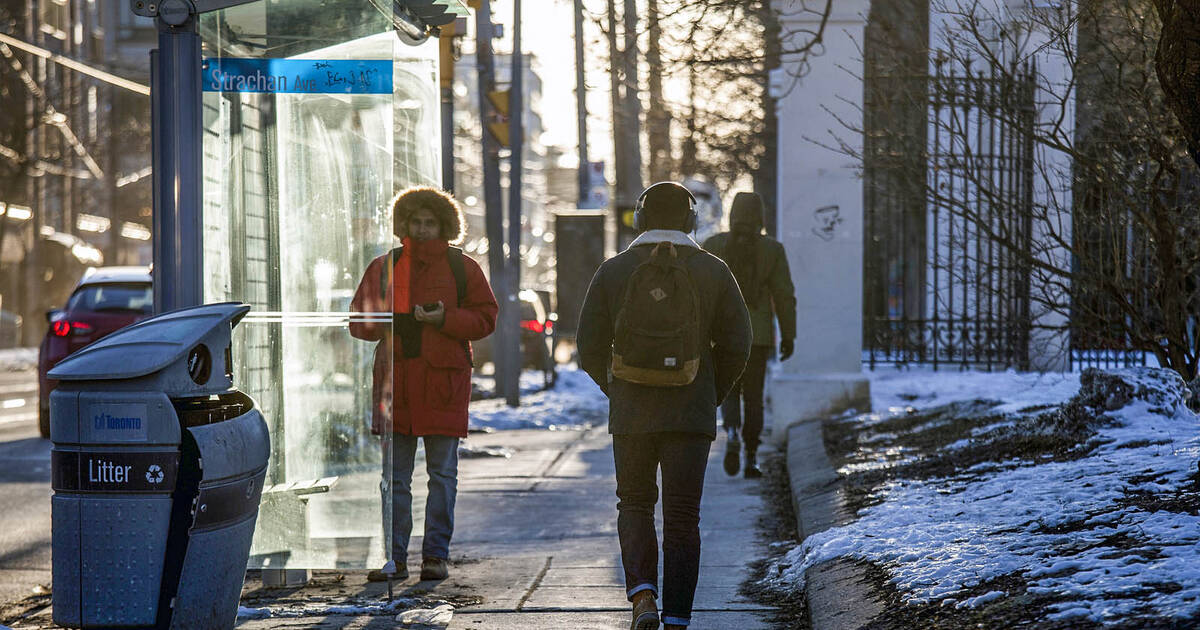 Waiting for the bus can be annoying on a good day, but waiting for a delayed bus or streetcar when it's -20 C outside and the wind feels like actual fire on your face? That's downright excruciating.

Ask anyone who tried to commute during rush hour over the past three months, and then get yourself to City Hall next Tuesday to voice your support for heated transit shelters.

A report set to go before Toronto's Infrastructure and Environment Committee on April 2 recommends that council authorize some changes to the city's current street furniture agreement with Astral Media.

One of those changes involves putting user-activated "transit shelter heating kits" in up to 100 different TTC shelters (out of a total 4,600 in the city, mind you).

The heaters would be similar to those provided by Astral Media inside some of its existing Quebec City shelters, according to the report from Transportation Services.

Users would only be able to turn the permanent heaters on between the beginning of November and the end of April, and only when the temperature is less than 5 C outside. The heaters will activate for five minutes at a time but can be re-activated immediately.

Because the heaters are electric, the city could only install them in shelters with direct access to the power grid. Routes with high ridership and low service frequency would be prioritized.

Each heating kit would cost about $19,262, but that amount would come out of Astral Media's pocket as part of the company's Coordinated Street Furniture Program with the city.

An estimated 100 heating kits would be rolled out over a period of seven years, starting this fall, in exchange for 600 publication box corrals that are no longer of much value, given the impending death of print media.

by Lauren O'Neil via blogTO
Posted by Arun Augustin at 12:47 PM