The Best Laundromats in Toronto 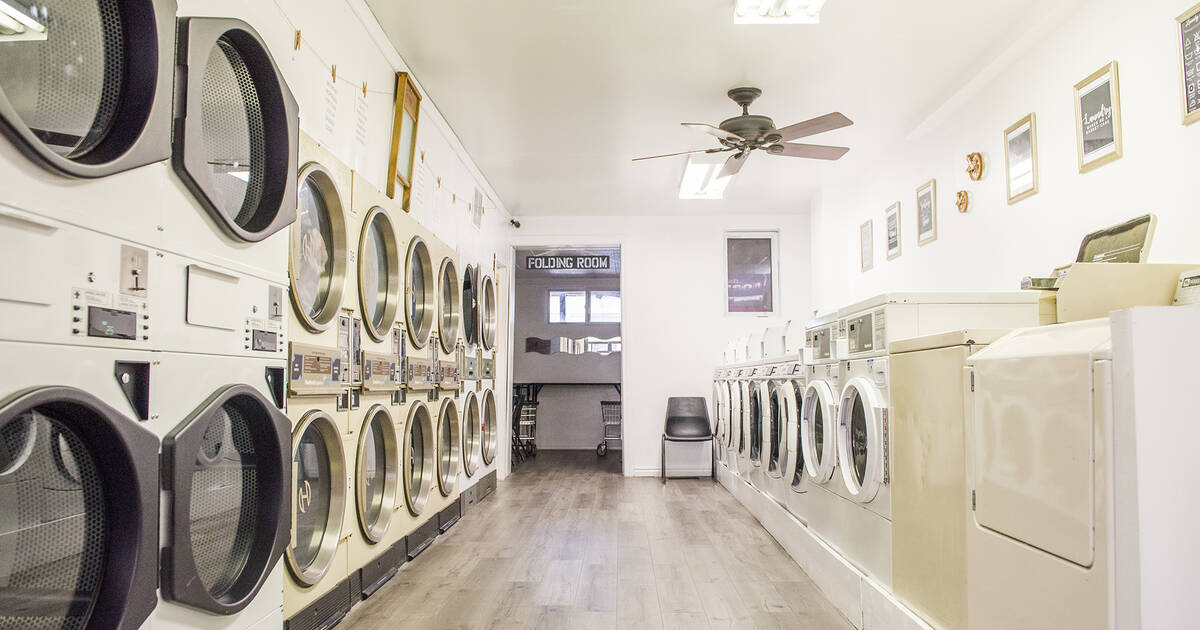 The best laundromats in Toronto are as hard to find as a missing sock. Out of thousands in the city, the majority of coin-operated washers are slowly ruining your garments with their aging transmissions, and you usually leave feeling more depressed than you came in. Turns out some laundromats are actually decent places to hang out in—who knew?

Here are the best laundromats in Toronto.

Paving the way for a new era of doing laundry in the city, this cafe-meets-laundromat in Dovercourt Village offers a full coffee counter serving brews from de Mello Palheta. They don't stay open too late (until 9 p.m. daily), but when they are, you can post up with a latte and a croissant while your clothes take a tumble in their Maytag dryers.

Lug a huge load to this friendly neighbourhood spot on Harbord, which comes equipped with several rows of commercial washers and dryers from Electrolux Professional. Clean and open until 11 p.m. every day, there are also bar seats lining the front window, so you can people-watch while you wait.

This Ossington classic has a reputation for its ample parking and collection of powerful two-load washers and dryers that are always in order and constantly cleaned. Kitschy old-school posters give this spot a little flavour, and if you ever get bored, there's also the whole Ossington strip to explore outside. It's open until 10:30 p.m. daily.

It's not the biggest laundromat in the city, and there's not much by way of entertainment inside, but this clean and functional spot definitely does the job for your dirties. There's more than 10 triple-loaders in here, which explains why the place can get busy. Located just steps from Greenwood station, it's open every day until 10 p.m.

Jamaican patties, scoops of Kawartha ice cream, and a TV are great ways to pass the time. Being at this St. Clair gem makes you feel like you're doing laundry at home. There's free WiFi here, big tables, all-natural detergent, and huge industrial washers that are big enough to wash duvets until 10 p.m. daily.

This laundromat at Danforth and Dawes Road has 300 G-force washers that fit up to six loads, and dryers that can wring out up to 50 pounds of soppy fabrics. This family-run joint knows how to run an attractive business, with free WiFi, 24-hour security cameras, and extensive hours: they're open from 6 a.m to 1 a.m. every day.

This community-driven self-serve spot in the Beaches is more than just a spot to do your laundry—it's also a Toronto pioneer for low natural gas consumption, which is rare for laundromats. Open until 10:30 p.m daily, it uses eight solar thermal panels to heat its water, drastically reducing its carbon footprint and making it cheaper for customers, too.

Founded in 1972, this Leslieville laundromat's services are tried-and-true. Two of their washers can hold up to eight loads at once, with plenty of other smaller options too. There's also tons of folding space so you can spread out without the fear of someone 'accidentally' picking up your favourite sweater. Head there until 11 p.m every day.

Parkdale has its fair share of laundromats, but few are as dependable as reliable as this neighbourhood staple. While they've got energy-efficient Electrolux double-loaders, where Speedy really shines is with its wash and fold service: have you ever had your delicates delivered in bundles before? They're open until 10 p.m. all week.

by Tanya Mok via blogTO
Posted by Arun Augustin at 1:18 PM