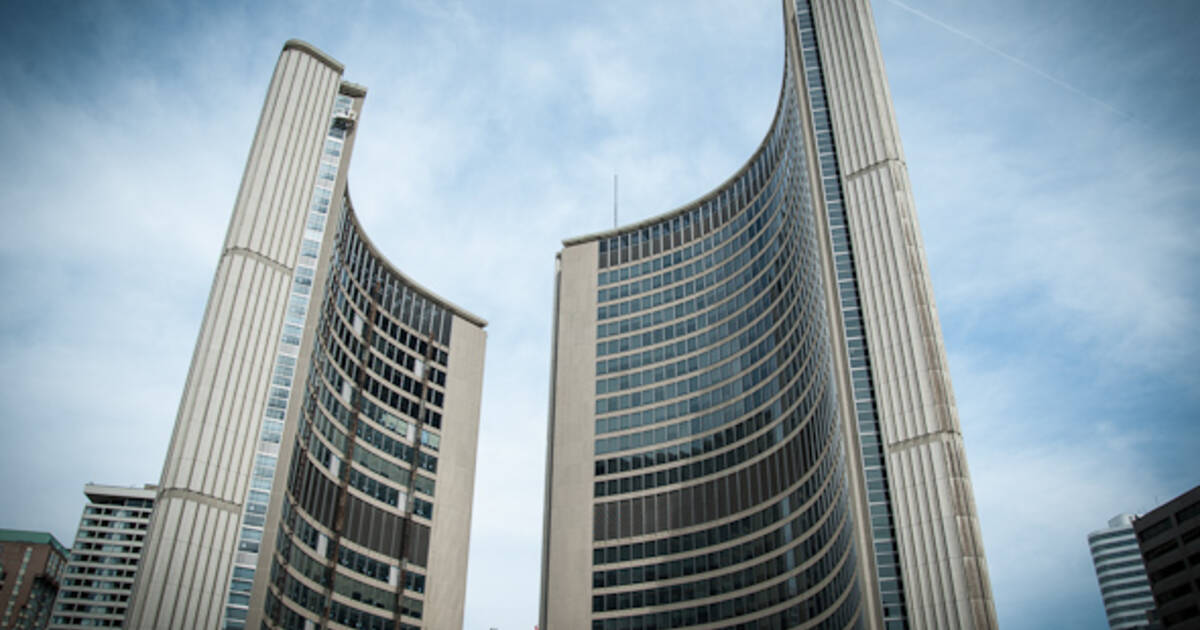 Nothing can divide Toronto quite like a member of the Ford family (quite literally, in some cases) and today's council meeting at City Hall was no exception.

Elected officials engaged in fierce debate this afternoon over Ontario Premier Doug Ford's plan to take over the TTC subway system, or, as the PC government has put it, to "upload" responsibility for Toronto's transit infrastructure to the province.

Both letters detail a number of major changes to Toronto's existing transit plans that the provincial government would like to see happen (and will see happen, should they succesfully gain control of the subway system.)

Most concerning about the Province's letter re: Subway upload:

- the "expectation that the province will have a leadership role in the planning, design, and delivery of these projects"

- the requirement that the City and TTC keep details of subway upload confidential#ONpoli pic.twitter.com/ojf3UT9PYx

First off, they want to expand the contentious one-stop Scarborough Subway Extension to include three stops. They'd also like to push most of the new Eglinton Crosstown LRT underground and accelerate work on the Yonge Subway station north to Richmond Hill.

It is unclear exactly what the province wants to do with Toronto's eagerly-anticipated downtown relief subway line, but it involves making a "free-standing" and "truly unique transit artery" using "alternate delivery methods."

I trust that @fordnation has checked with the good people of Brockway, Ogdenville and North Haverbrook and done his due diligence on this alternative technology. #topoli #onpoli https://t.co/oo8DGWTIB8

"I've just seen reports about the Provincial intent to massively interfere in the planning and building of transit in Toronto," wrote former Toronto Mayor David Miller Tuesday night in one banger of a Twitter thread.

"This is disastrous for Toronto residents and must be fought with every means possible."

Current Mayor John Tory was less severe with his wording, saying in a statement that "any decision on upload about our subway system needs to be in the best interests of the people of Toronto, including transit riders and employees."

He also stressed that "the people of Toronto and the City of Toronto must be completely involved and consulted" before anything changes (unlike that one time Ford unexpectedly cut City Council in half without warning or even a valid reason.)

People want us to get on with building transit. They expect us to try as hard as we can to work together to get that done with the other governments. Today, City Council voted to hear from the public about the transit discussions with the province. pic.twitter.com/NygZjtOJ5H

A number of motions opposing the TTC upload were put forward by councillors at City Hall this afternoon, though only a few have been pushed through.

Councillor @kristynwongtam's motion to remind the province "at every step that we are doing this under protest.... let's call out that threat." "Everything before us is a plan to delay." pic.twitter.com/HsRnxx5Fla

Ward 12 Councillor Josh Matlow moved to "cease further engagement with the Province of Ontario on matters regarding the upload of Toronto's existing subway network."

That motion failed in a 7-19 vote, though Matlow's suggestions to have the City Manager report on the implications of any provincial legislation regarding the subway upload and to focus city-province negotiations on more efficient and cost-effective transit construction passed with flying colours.

Councillor Kristyn Wong-Tam suggested that communications between the city and province all include a preamble stating that Toronto opposes the subway upload. That motion failed 10-6.

Read thread from former mayor @iamdavidmiller. This is the leadership we need to #KeepTransitPublic. Don't let Ford steal #OurSubway. https://t.co/2pA8k0TblJ

Councillors Joe Cressy and Ana Bailão combined forces to successfully pass a motion in favour of creating a TTC-rider focused public information campaign to make the public aware of what's going on and why it matters.

1/ #TOCouncil unanimously approved my motion to start a public information campaign about Council's opposition to the Provincial #TTC Upload, because we recognize the importance of engaging Torontonians to achieve our joint vision of a transit connected city #TOpoli pic.twitter.com/OBMvGBCSkl

Other motions that passed include calls to recognize the downtown relief line as an "urgent priority" and for the province to explain in plain terms its mysterious "alternative technology."

"My jaw dropped when I saw it and I have to compliment the great work the minister of transportation has done," said Ford to CP24 this week of the technology his team plans to build the relief line with.

He declined to provide any further details, but did describe the alternative tech as "incredible and "out of the box."

Promising? Maybe. Or maybe not.

"We’re gonna build, build, build subways, subways, subways around the GTA and around Toronto," said Premier Doug Ford in question period today.
Ford's govt isn't saying how much more it would cost to bury the Eglinton West LRT extension through the Ford heartland of Etobicoke. pic.twitter.com/KFjAtWPR5M