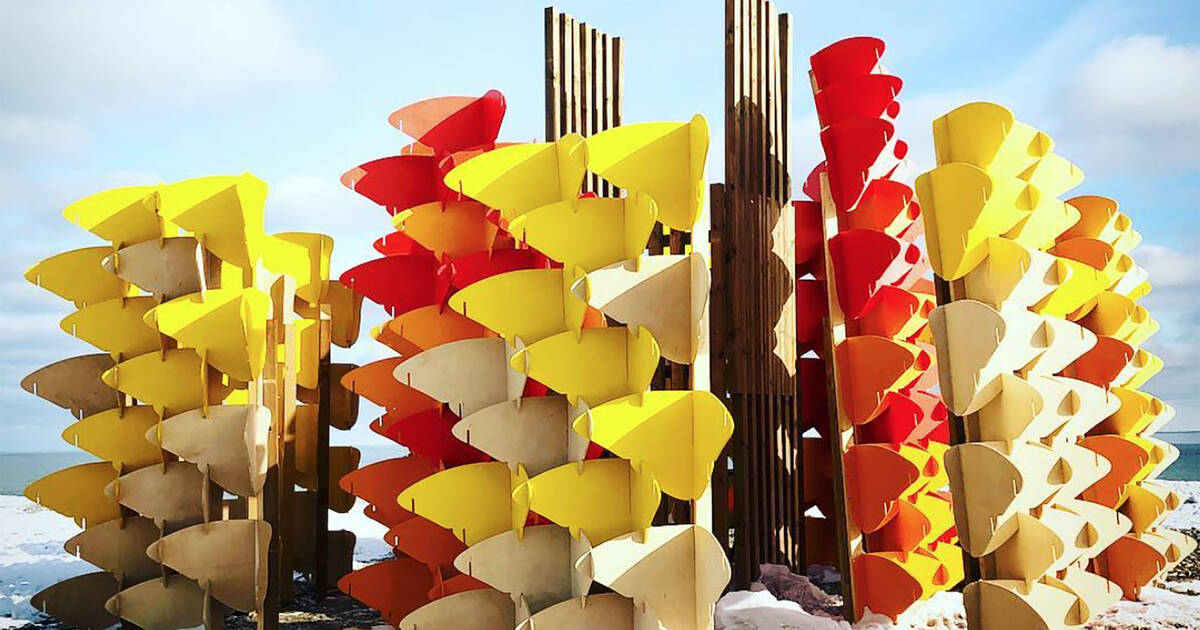 Weekend events in Toronto may be a soggy mess, but there's still lots of things to do. Harry Potter fans can get their fill of Butterbeer and Anderson Cooper is dropping by. The Jays are taking on the Tigers and it's your last chance to check out Winter stations.

Blue Jays Opening Weekend (March 28-31 @ Rogers Centre)
The games continue as the Jays take on the Detroit Tigers during the rest of the opening series, plus giveaways and activities at the Rogers Centre.
Long Winter (March 29 @ Workman Arts)
The final instalment of this music, art and performance series is on with the best of Toronto's local art scene coming out for one last jam.
HideSeek (March 30 - June 2 @ 1305 Dundas Street West)
Slinkies, Pop Tarts, crimped hair and Hot Wheels: this new, immersive adult playground is dedicated to all-things childhood nostalgia.
Anderson Cooper (March 30 @ Roy Thomson Hall)
As American politics dominates the media, CNN anchor Anderson Cooper is arriving to chat about what it's like to be in the thick of it all.
Butterbeer Bar Crawl (March 30 @ Multiple Venues)
Back again is this Harry Potter-themed bar crawl with lots of Butterbeer and Fire Whiskey, costumes, prizes and even a Yule Ball afterparty.
Sterling Road Scavenger Hunt (March 30 @ Multiple Venues)
Eight spots around Sterling Road are taking part in this neighbourhood-wide scavenger hunt with prizes and Henderson drinks to be won.
Corrado's Barber Shop Fundraiser (March 31 @ Bovine Sex Club)
After the Bathurst/Richmond fire, local musicians are coming out in support of the folks behind the 60 year old shop that got destroyed.
Toronto Pug Grumble (March 31 @ Dog Bowl in Trinity Bellwoods Park)
Wheezing, sniffing, huffing and puffing is all part of the fun at this monthly pug meet-up with all doggies and humans welcome to play.
Christie Pits Graphic Novel Launch (March 31 @ Congregation Beth Tzedec)
A historical fiction graphic novel looks to capture a poignant moment in Toronto history when anti-Semitism plagued the city and resulted in a riot.
Emergents (March 29 @ Music Gallery)
Shining a spotlight on female and non-conforming musicians, Emergents returns with Jana Luksts and Happenstance with a new take on classical music.
Choker (March 30 @ The Drake Hotel)
Michigan's Choker gives off major Frank Ocean vibes in the way his sound expertly mashes up R&B and electro.
Homeshake (March 31 @ Phoenix Concert Theatre)
Homeshake is back in Toronto and bringing with him his smooth, indie pop grooves to play alongside Yves Jarvis.
Love in the Time of Hysteria (March 29 @ TIFF Bell Lightbox)
Long before ROMA, Alfonso Cuarón's 1991 once-banned film took a look at love and sex during the height of the AIDS crisis.
CineCuba (March 29-31 @ The Royal Cinema)
Dedicated to Cuban cinema, this festival features films by local and international directors with all screenings open to the public, free of charge.
Lost & Found (March 30 @ Imagine Cinemas Carlton)
Writer-director Liam O Mochain is on-hand to chat about his film that follows 7 interconnected stories set around a lost and found office of a train station.
Young Picasso (March 30 @ Hot Docs Ted Rogers Cinema)
Taking a look at the early and influential years of Picasso, this film that travels to Málaga, Barcelona and Paris created many early works.
Afro Haus (March 29 @ Bunda Lounge)
Afro Haus is back with a hot and sweaty night of some of the freshest beats out of Sub-Saharan Africa, including soca, dancehall and Afrobeats.
Y2Gay (March 29 @ Buddies in Bad Times)
Get down to the best hits from the 90s and 2000s with DJ Craig Dominic and DJ Maggy spinning the frosted tipped tunes all night.
Coffin Factory Final Sale (March 30 @ The Coffin Factory Studios)
Local art is on sale by the artists of the Coffin Factory Studios during this final sale and art party before the space is turned into condos.
Leslieville Farmers' Market (March 31 @ The Redwood Theatre)
Fresh produce, handmade goodies and locally-made products are all on as this market with a day of family-friendly activities and fun.
Old Book and Paper Show (March 31 @ Artscape Wychwood Barns)
Photographs, books, posters, prints, maps, magazines and all kinds of rare and vintage printed material are for sale at this huge show.
Toronto Downtown Record Show (March 31 @ 958 Broadview Ave)
Vinyl lovers can sift through over 40 tables and 100,000 records from nearly every genre of music, plus the return of the $5 zone.
Wildlife Photographer of the Year (December 1 - March 31 @ Royal Ontario Museum)
It's the last weekend to take a look at some of the most striking examples of wildlife photography that brings the wild to the ROM.
One of a Kind Spring Show (March 27-31 @ Enercare Centre)
There's still time to check out this huge show featuring over 500 artisans from all over, selling unique, handmade items of all kinds.
Winter Stations (February 18 - April 1 @ Woodbine Beach)
There's still a few days left to explore Winter Stations, with these year's installations featuring a bridge, Mind Station and forest of butterflies.

by Lisa Power via blogTO
Posted by Arun Augustin at 1:49 PM