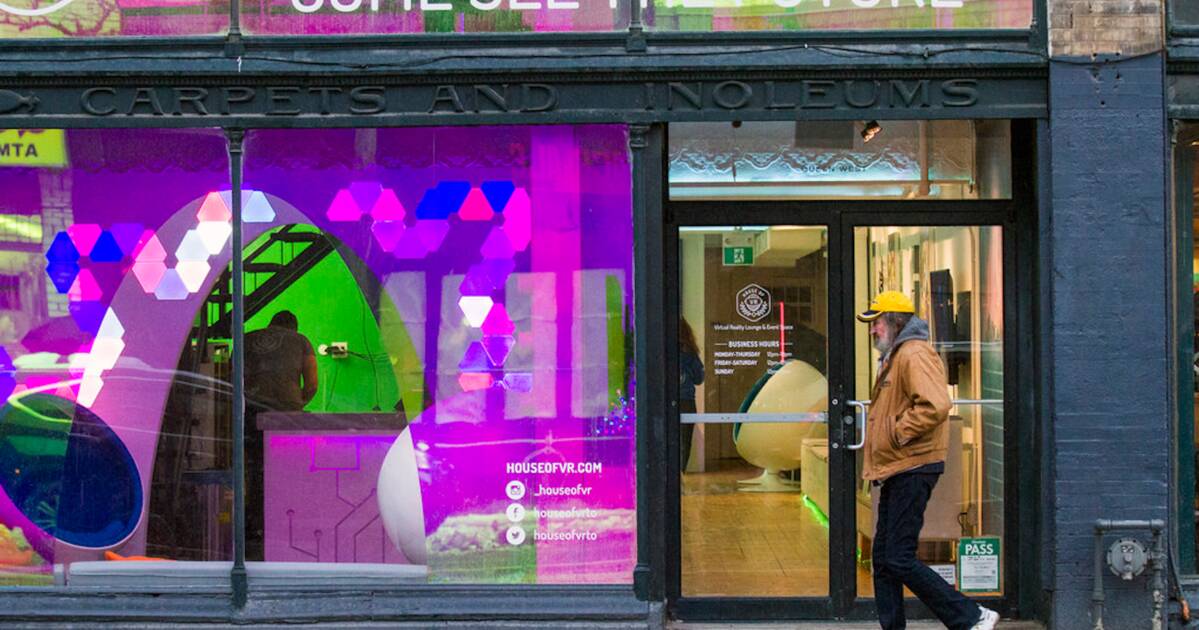 Two years may not really be an "era," but life moves fast when you're in the virtual reality game.

House of VR on Queen West is holding their "End of an Era" closing party this Saturday on March 30.

Though they had only been open since 2017, the space hosted over 250 events and over 50,000 visitors during just a couple years in business.

HOVR has announced they're now "going mobile," which entails "shifting from a VR lounge into a mobile VR events + services company."

This means they can bring a VR experience to events like brand activations, educational workshops and corporate settings, rather than making VR enthusiasts come to them.

by Amy Carlberg via blogTO
Posted by Arun Augustin at 12:57 PM