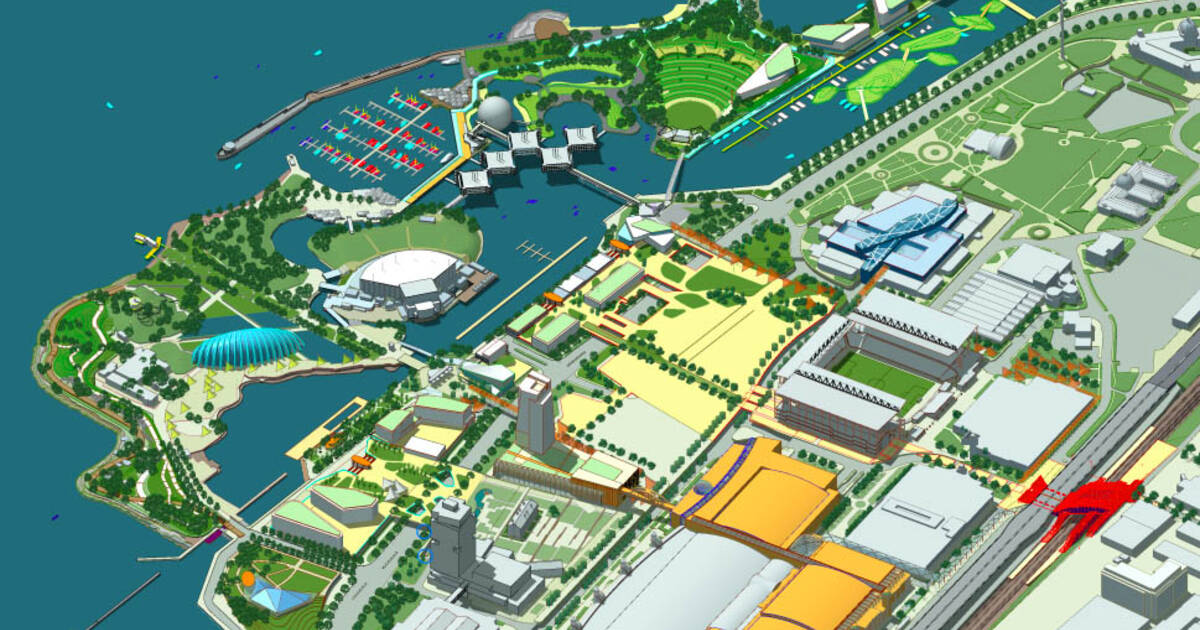 Ontario Place could soon get a new face (and body and everything else) if Premier Doug Ford succeeds in his quest to "maximize investment" in the waterfront complex—and we just got a glimpse at what developers have in mind.

Back in January, the provincial government announced that it would soon be accepting proposals for the 155-acre downtown Toronto landmark's redevelopment.

The news came as a shock to many, even after many foreboding comments from Ford about what he'd like to do with the former amusement park and current idyllic recreation space.

Rumours of ferris wheels, malls and casinos have been circulating ever since, but the government hasn't even officially launched its "Expression of Interest" process.

Still, the lucrative project is already inspiring ideas. At least one local team appears to be throwing its hat in the ring a bit early with this 12-page pitch for something called "OPX." 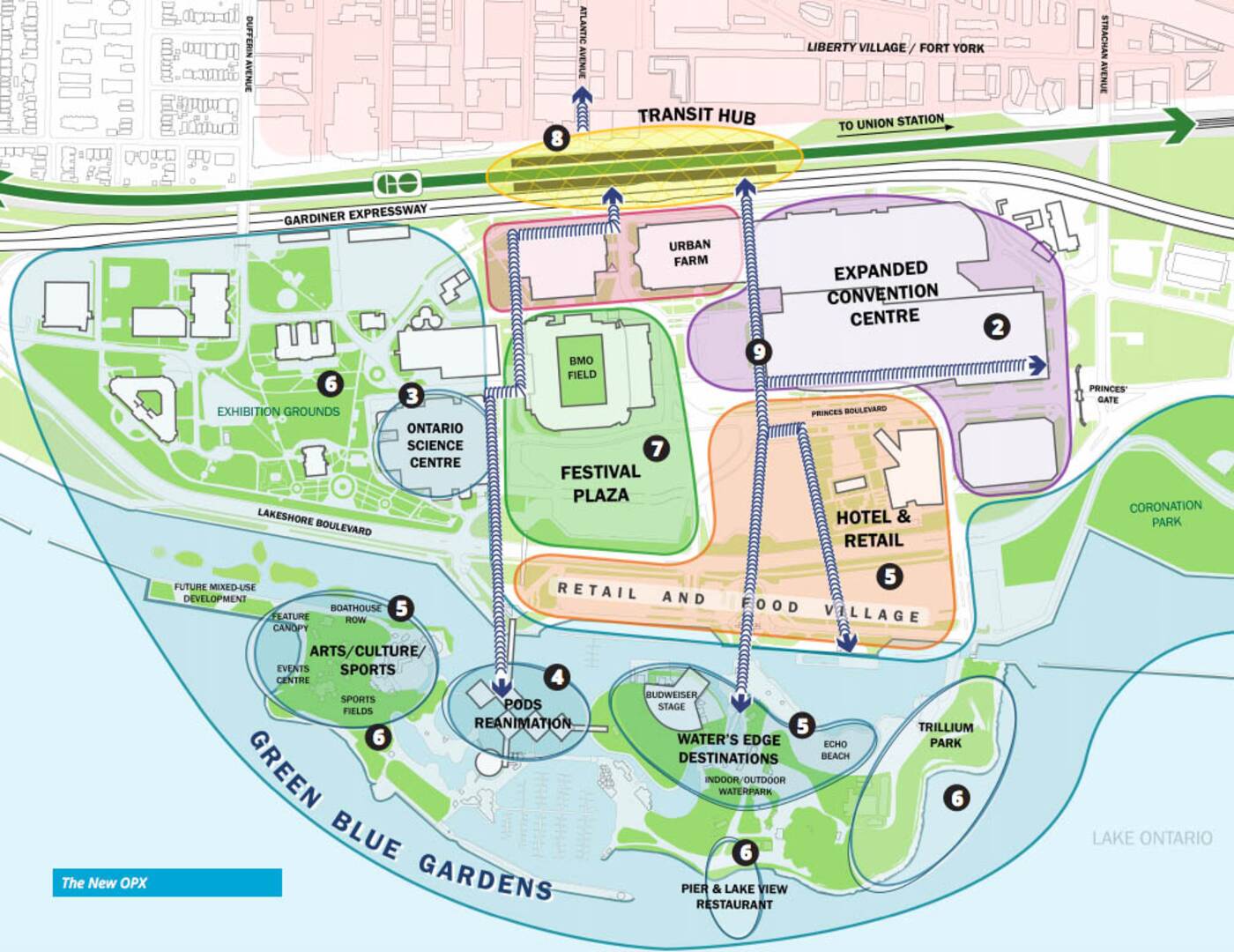 Concieved by urban planner Joe Berridge and developer Ken Tanenbaum of the Kilmer Group, the proposal is radical in a sense—part of it involves moving the Ontario Science Centre from North York to Exhibition Place.

It also imagines a full indoor-outdoor waterpark on the islands between Echo Beach and Budweiser Stage.

"There is plenty of room for destinations large, medium and small at OPX," reads the proposal. "A large, imaginative indoor/outdoor waterpark/spa, adjacent to hotels on the east parking lot, would complement the convention centre and animate a restaurant and retail edge around the east lake."

Over on the West Island, Berridge and Tanenbaum propose new performance spaces, a sports field, a boathouse and even a future mixed-use development. 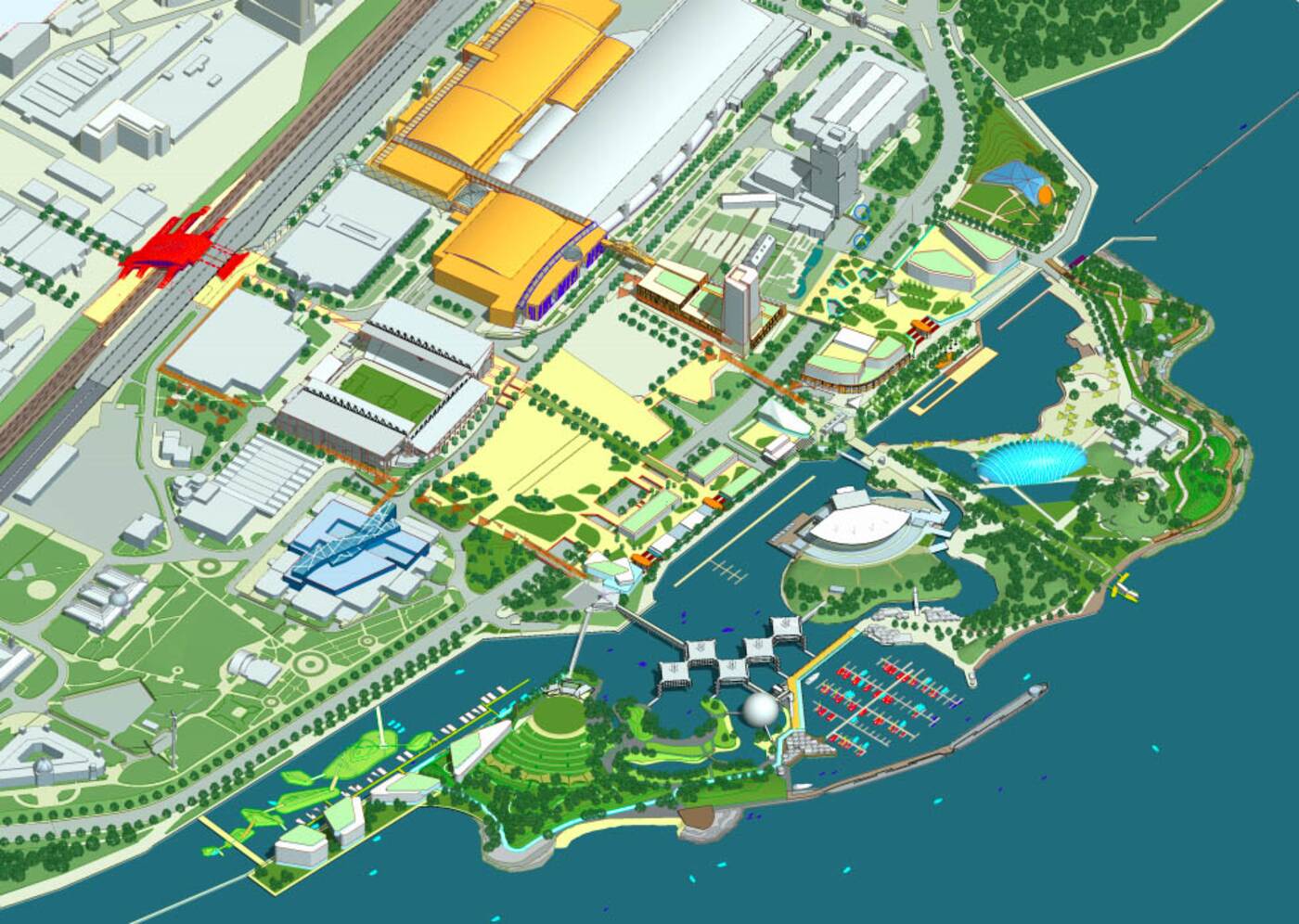 Interestingly, the plan would preserve Ontario Place's iconic Cinesphere and pods, which are all on the chopping block according to the government's Expression of Interest document.

"The architecturally significant pods and Cinesphere require revenue generating activities and programming that can ensure their preservation," reads the proposal.

"Permanent occupants would include entertainment programming and exhibition destinations that can benefit from the unique location and architecture."

Across the channel at Exhibition Place is an urban farm, an expanded convention centre and a significantly upgraded GO Transit station, among other things. 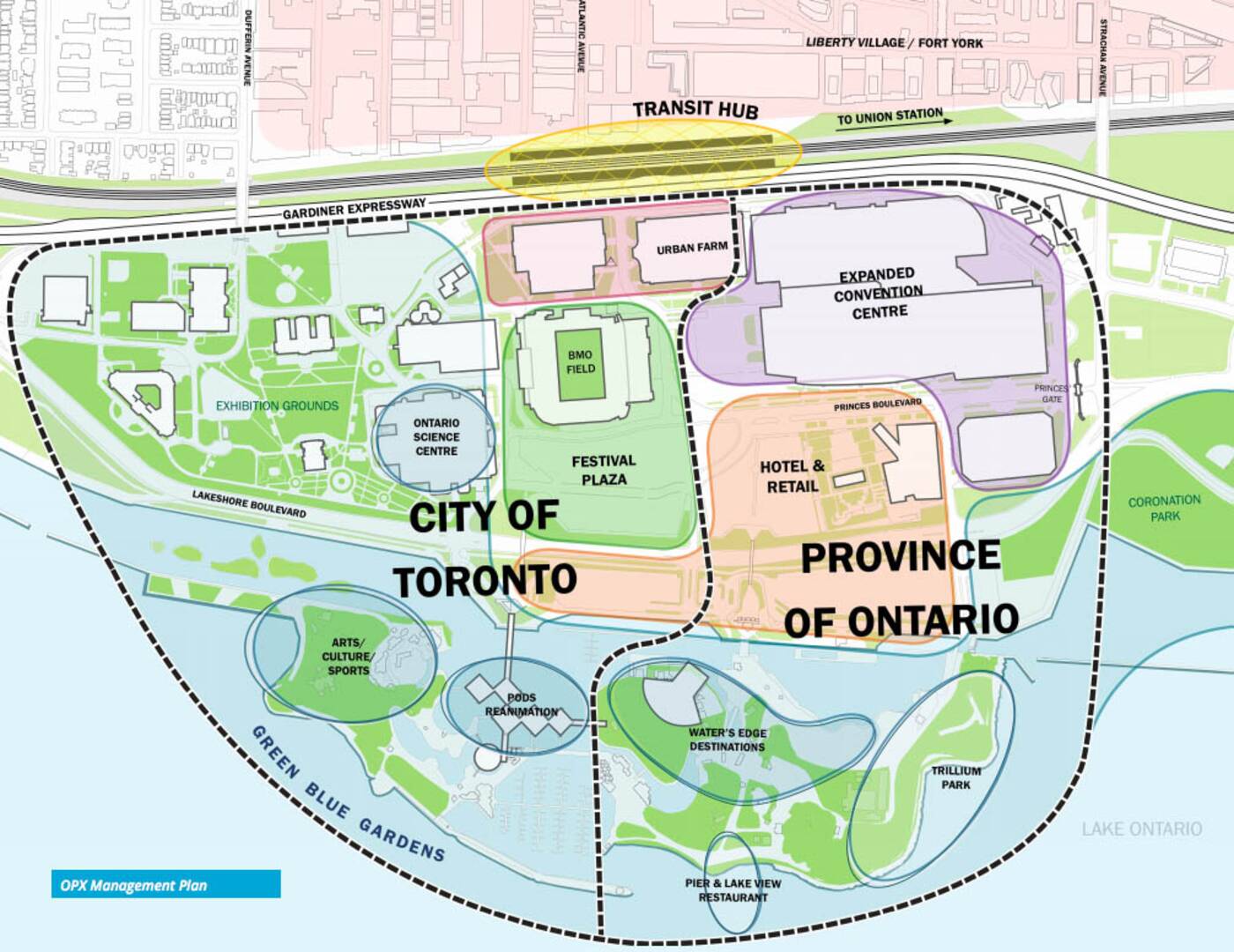 While interesting to consider, it's important to note that this plan is only a pitch at this point.

As mentioned earlier, the government isn't actively accepting proposals for the site yet, and when it is, officials seem intent on attracting international investors (or "potential partners from around the world," as a press release puts it) as opposed to Toronto firms.

Tanenbaum told The Star this week that the document is meant to serve as a "conversation starter" for the public.

"All of us as Torontonians have seen effectively years of decay and we have this absolute gem that we need to reanimate," he said.

by Lauren O'Neil via blogTO
Posted by Arun Augustin at 2:23 PM