The University of Toronto is building an enormous new innovation complex 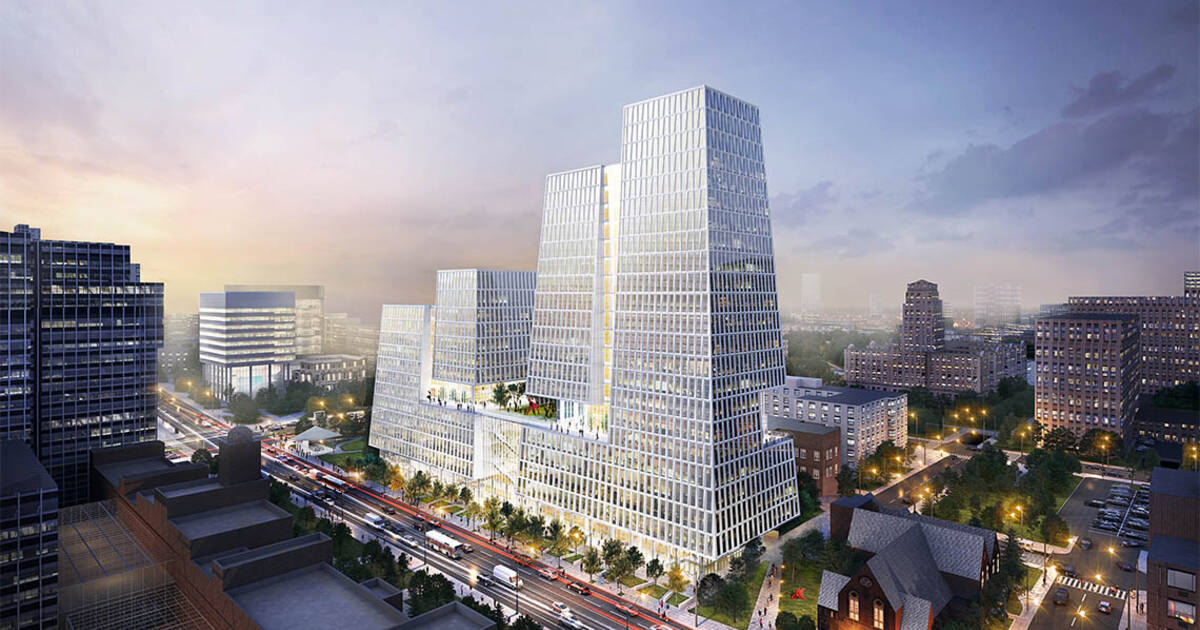 Toronto is being cited more and more lately as the world's leading city for artificial intelligence, and soon there will be no doubt about where we stand on the global tech spectrum.

The University of Toronto just announced the construction of a jaw-dropping, 750,000-square-foot complex that will, as they say, "turbocharge the next wave of Canadian innovation, advancing how AI, biomedicine and other disruptive technologies can enrich lives."

Renderings for the facility, designed by New York architecture firm Weiss/Manfredi, look like nothing we've seen in Toronto before. First off, it's massive, towering over Ontario's legislature and anything else near its intended site at College and Queen's Park. 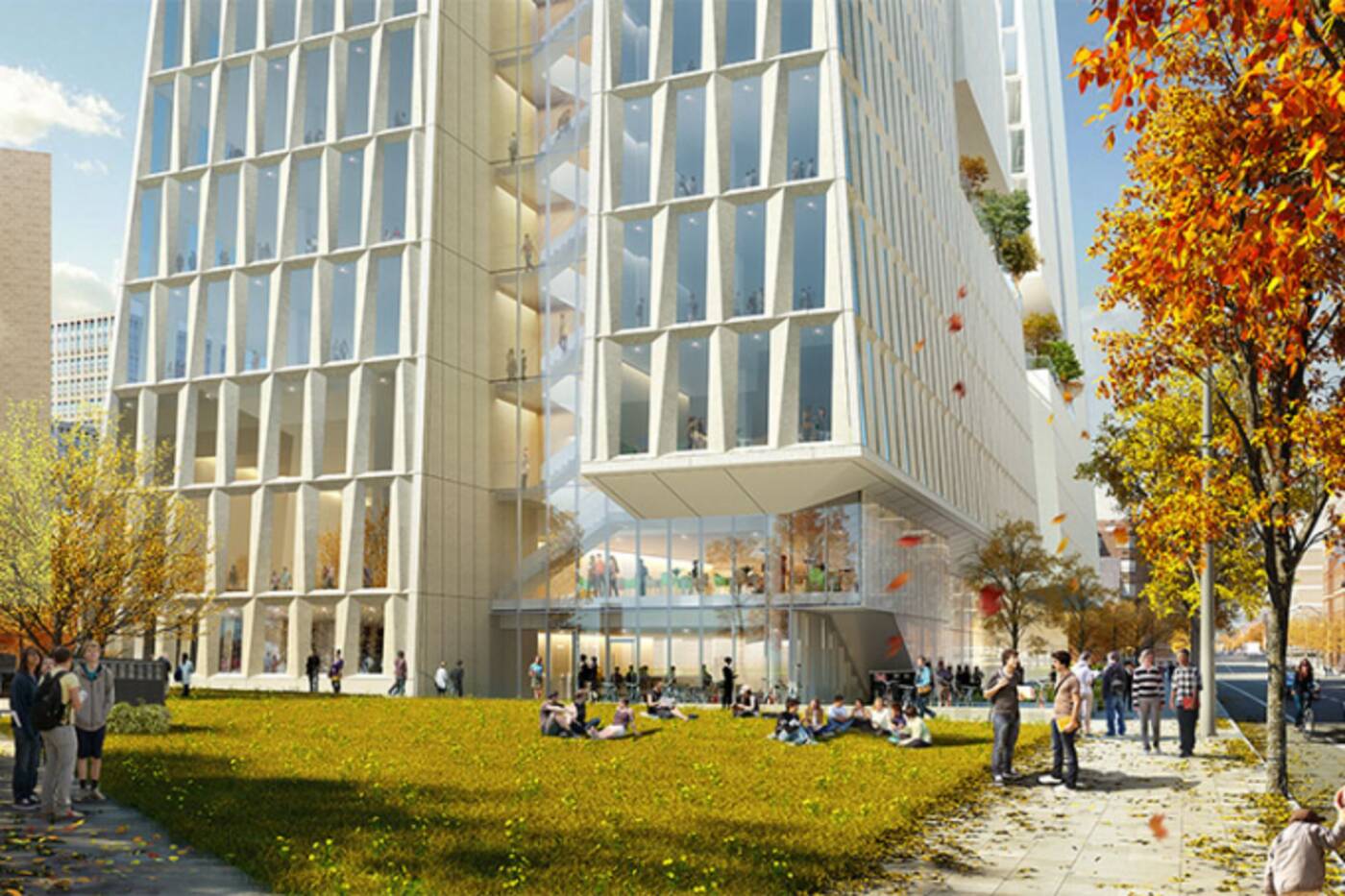 Once built, the mountain-like, multi-building complex will be the largest university-based innovation node of its kind. It will also play home to the largest concentration of student- and faculty-led startups in Canada.

"This new complex will contribute enormously to innovation at U of T,"AI pioneer and U of T Professor Emeritus Geoffrey Hinton said in a release from the school on Monday.

"It will help consolidate Toronto’s leading position in the AI world. The Centre will attract other AI experts and help to spark additional AI-based innovations," he continued.

"It will also bring together scholars from an array of disciplines to study the implications of AI in today's world." 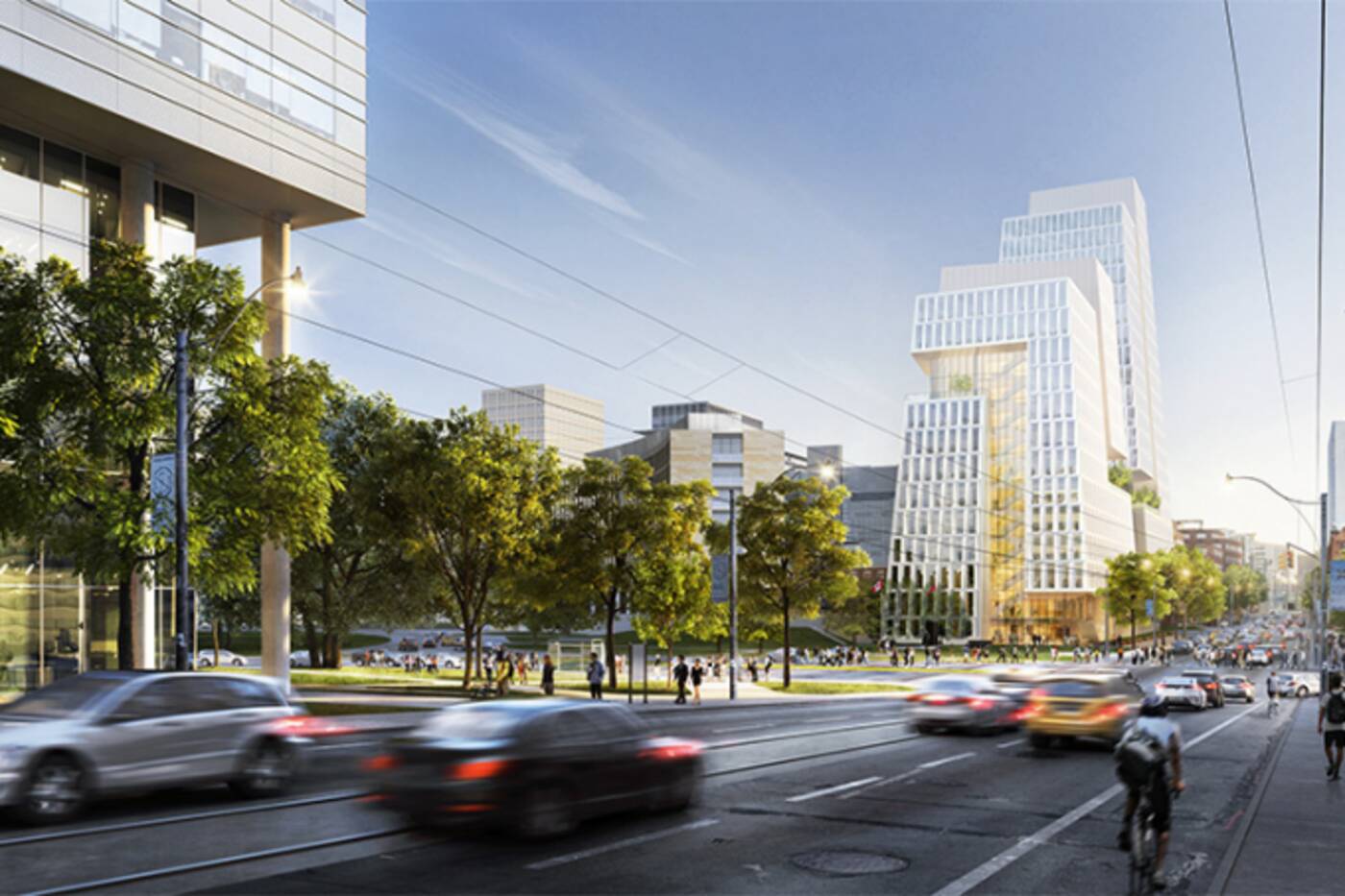 Called the Schwartz Reisman Innovation Centre, the new complex will be named for Canadian philanthropists Gerald Schwartz and Heather Reisman, whose recent $100-million donation is said to be making the project possible.

A new Institute for Technology and Society, also named for the couple, will "facilitate cross-disciplinary research and collaboration and will draw on U of T's signature strengths in the sciences, humanities and social sciences to explore the benefits and challenges that AI, biotechnology, and other technological advances present for our economy, our society and our day-to-day lives."

Construction on phase one of The Centre is scheduled to begin this coming fall. First, the university plans to build a 250,000-square-foot, 12-storey tower to house the world-renowned Vector Institute for Artificial Intelligence, among other organizations and university facilities. 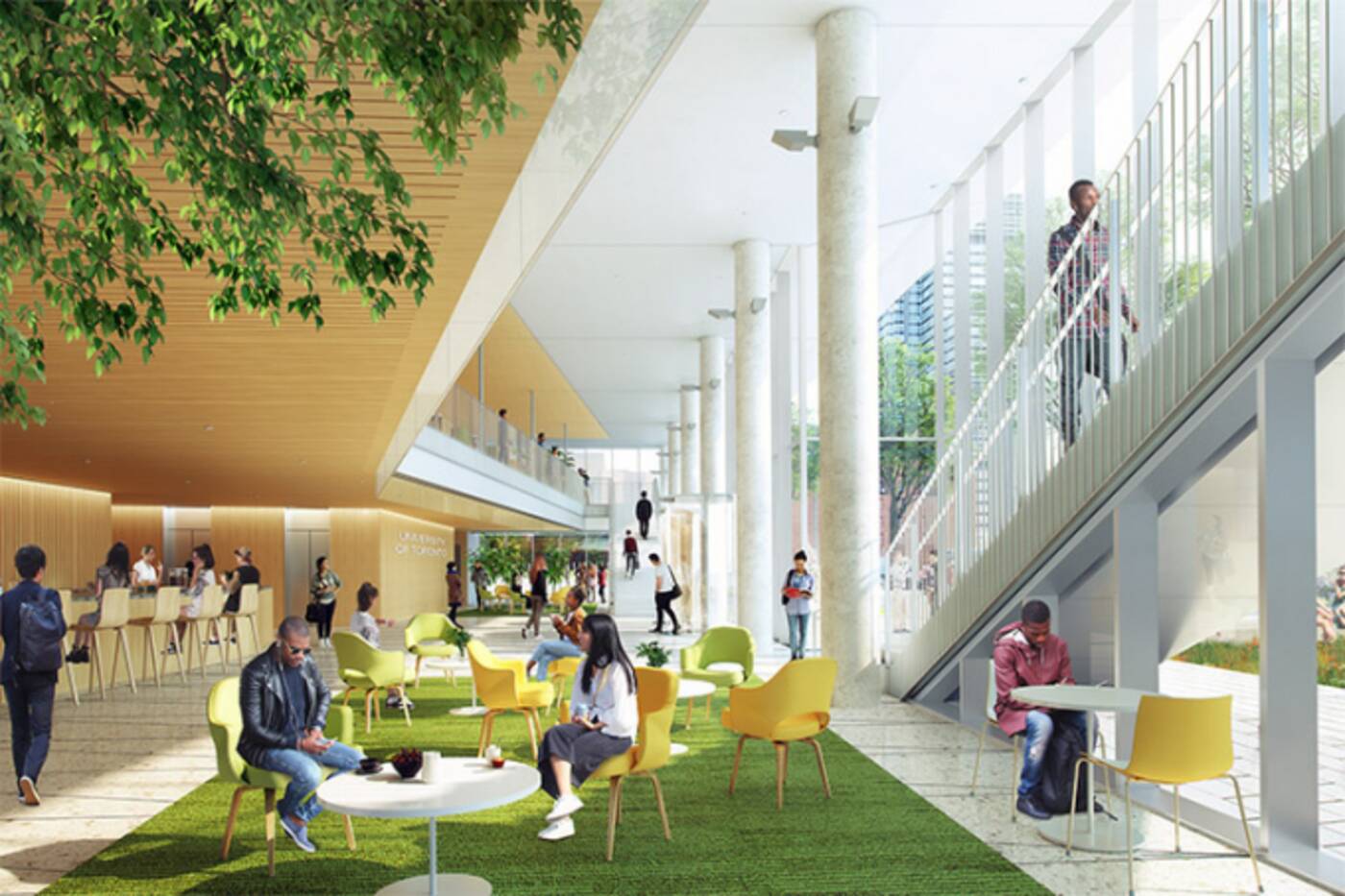 The second phase of construction will produce a 500,000-square-foot, 20-storey tower with laboratories "for some of the world's top researchers and innovators in regenerative medicine, genetics and precision medicine."

Both are expected to further amplify U of T's position as a leading centre for innvation and entrepreneurship within both Canada and the world at large.

When complete, the university says this massive complex will serve as a hub to "anchor U of T's unique cluster of world-leading artificial intelligence scientists and biomedical experts, its world-class entrepreneurship network, and the country's largest concentration of student- and faculty-led startups."

by Lauren O'Neil via blogTO
Posted by Arun Augustin at 3:32 PM