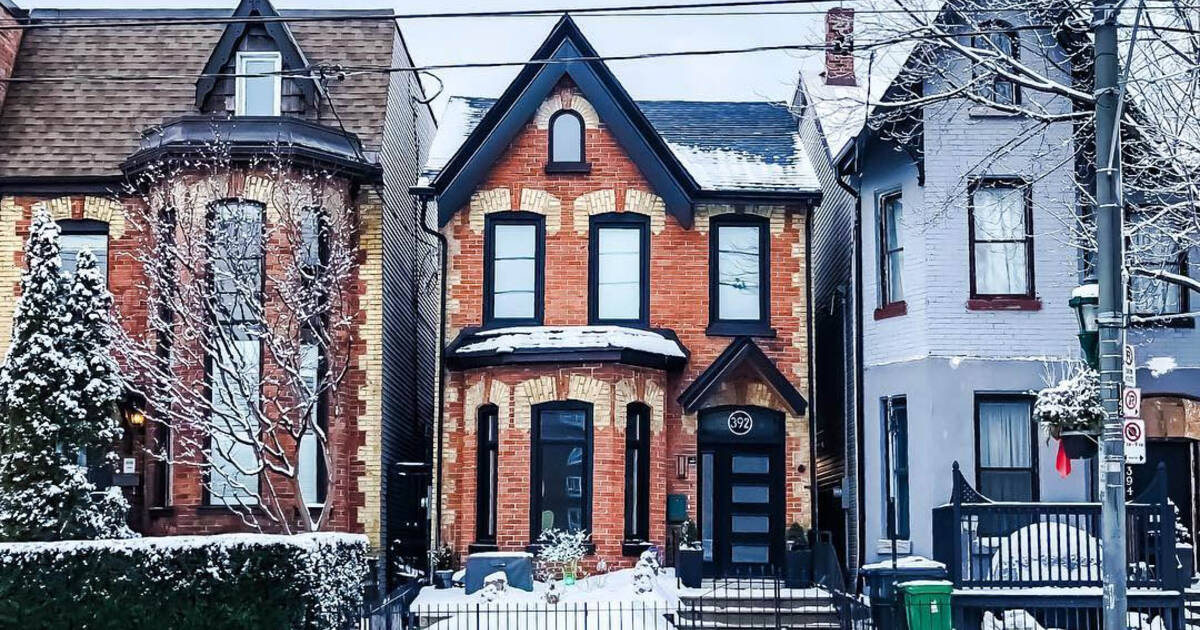 Today in things you already know but love to cry about anyway, the prospect of buying a house remains clear out of reach for most Torontonians, both now and in the medium-term future.

RBC Economics Research, which has been tracking the cost of owning a detached home at market value across Canada since 1985, declared in a report released on Thursday that "affordability remains at crisis levels" in Canada's two largest cities.

"In Toronto, owning a home remains a huge stretch for many buyers," reads the bank research arm's first quarterly housing trends and affordability report of 2019.

"Despite a significant cooling to the Toronto housing market, RBC's aggregate measure (66.1 per cent) continues to be near historical highs."

In Vancouver the situation is even more dire, with ownership cost still representing 84.7 per cent of household income.

Toronto did finally see a decline in home prices near the of 2018, as RBC notes, after many, many years of creeping upward thanks to such government cooling measures as as tighter federal mortgage lending guidelines and Ontario's Fair Housing plan. 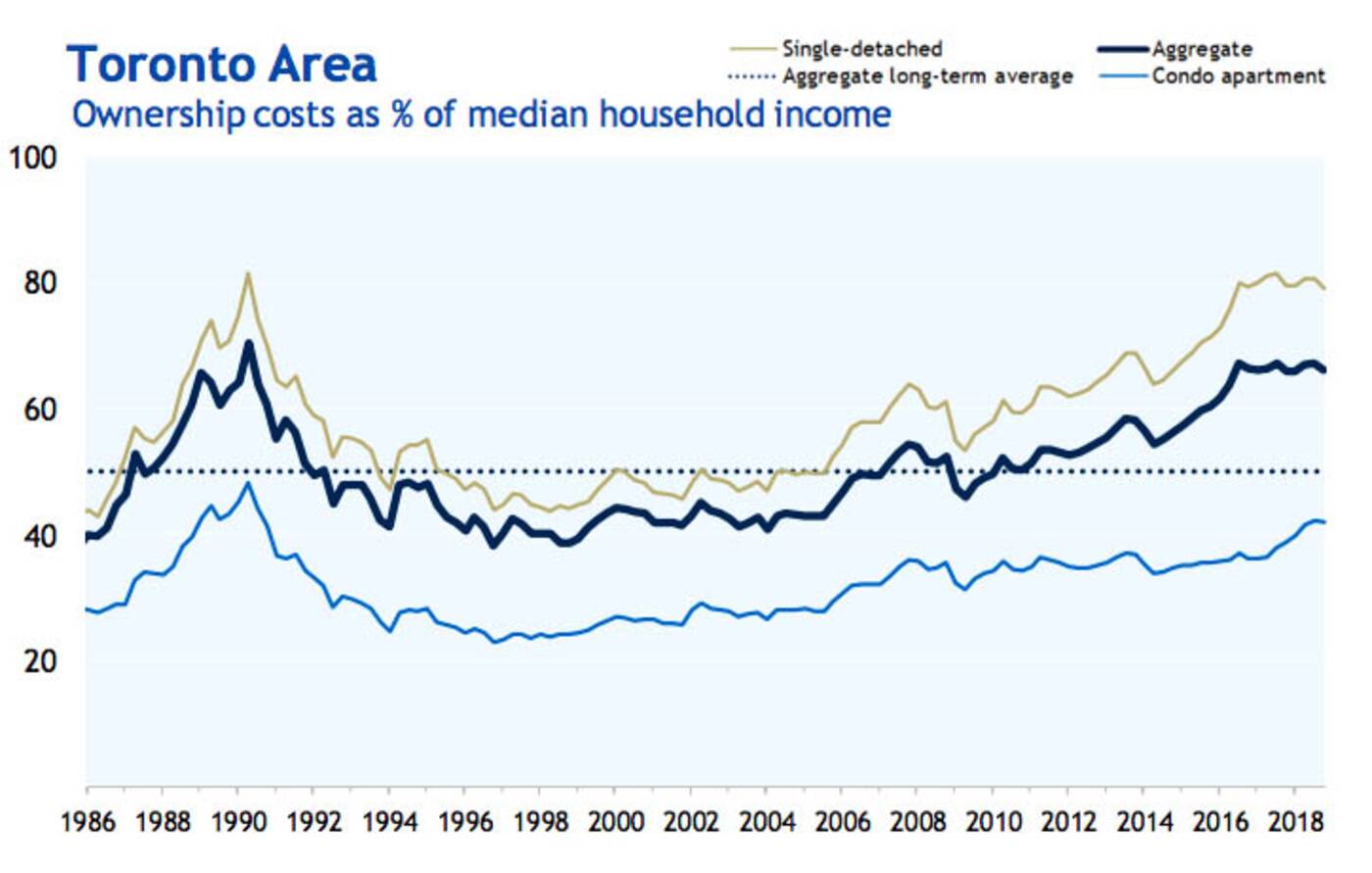 House and condo prices have been climbing steeply over the past decade, presenting a lack of purchase options for many in Toronto. Image via RBC Economic Research.

Sadly for us, RBC economists say that this fourth-quarter relief  "barely made a dent."

And it's not only detached homes that are becoming more and more the stuff of fantasy for young urbanites—condos, too, are growing increasingly unaffordable as demand for lower-priced housing options spikes.

"Condo prices have risen sharply, which eroded condo affordability" over the past year, according to the report. "The appeal of condo ownership is also diminishing relative to renting an apartment in Canada's priciest markets."

Renting in a market like ours is no picnic either, but it's the only way forward for many people of average or even above-average income in Toronto, Vancouver or Montreal right now.

"Buying a condo is a bigger step up from renting than it’s ever been in these cities," notes RBC.

Tell me about it, RBC.

by Lauren O'Neil via blogTO
Posted by Arun Augustin at 10:28 AM