When exactly is rush hour in Toronto? 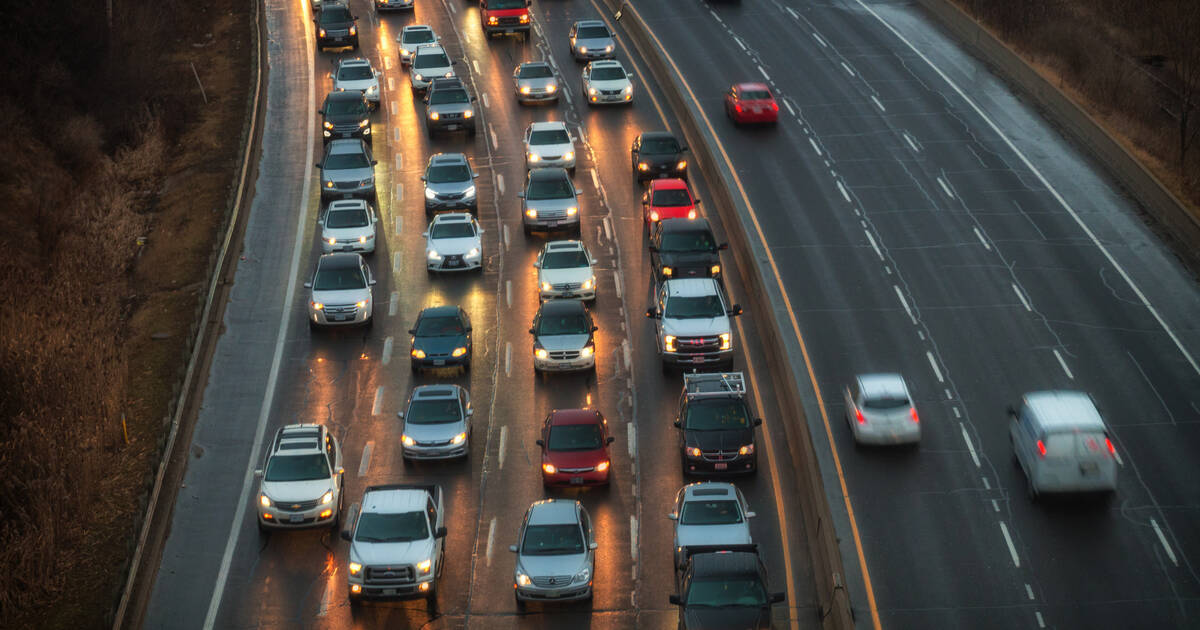 When rush hour is in Toronto might be difficult to precisely pin down.

As Jerry Seinfeld aptly sums it up, in big cities "everybody goes every way all the time." It's true. With a population pushing 3 million, traveling by highway or public transit is never a lonely experience in Toronto, even if most people wish it was.

But when exactly is a trip by road or the TTC most likely to involve delays?

As far as the TTC is concerned, the busiest time of the morning is between 8:15 a.m. and 9 a.m.. That's when all the available subway trains, streetcars, and buses are in service to meet the biggest spike in demand, says former spokesman Brad Ross.

On the highways, the Don Valley Parkway and Gardiner Expressway are most congested at the same time: 8 a.m. to 9 a.m. Mike Brady, the manager of the city's Traffic Safety Unit, says that's when vehicle speeds are slowest, due to the sheer weight of traffic.

The highest number of vehicles—not necessarily the worst delays—occurs weekday mornings on the Gardiner west of Kipling at the same time, he notes.

The afternoons are a little harder to navigate. The TTC says, based on observation, that demand tops out between 5 p.m. and 6 p.m., several hours after the highways are most congested from 3:30 p.m. to 4:30 p.m.

The afternoon transit peak technically lasts from 3:30 p.m. to 7 p.m., so perhaps it's a case of the roads cresting before public transport.

In conclusion, there are three distinct rush hours in Toronto.

The first, between 8 a.m. and 9 a.m., is when both highway speeds and transit crowding are worst. In the afternoon, the second rush between 3:30 and 4:30 p.m. is when the DVP and Gardiner are slowest. The third rush, slightly later between  and 6 p.m., is when the TTC is most claustrophobic.

Maybe it's time to find another way home.

by Staff via blogTO
Posted by Arun Augustin at 7:02 AM