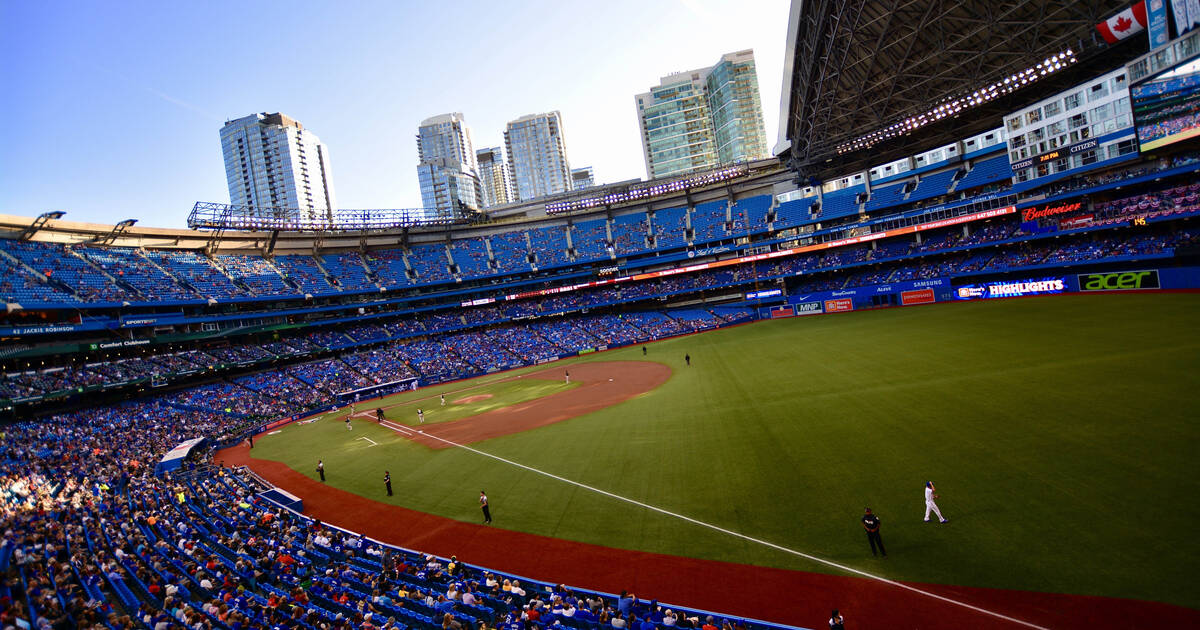 This Thursday, the Toronto Blue Jays are set to take on the Detroit Tigers in what's traditionally one of the team's biggest games all season: The home opener.

Normally it's tough to score tickets to this game, as it's more than just a game—it's a swagtastic annual celebration of all things Blue Jays; a chance for fans to come together and root, root, root or whatever they want to do.

That won't be the case this year... unless thousands of people buy tickets to the March 28 game at Toronto's Rogers Centre within the next 48 hours. 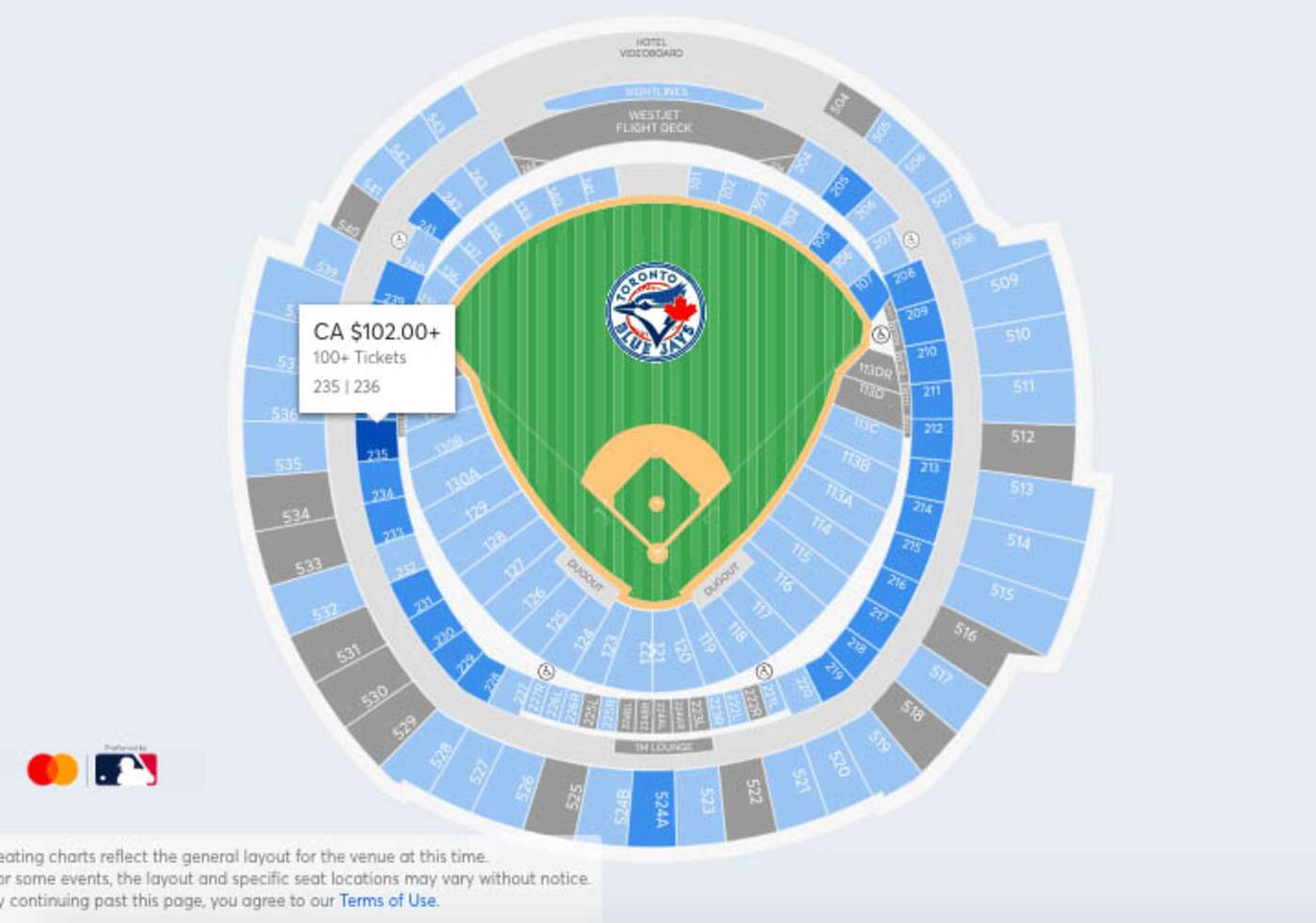 Thousands of tickets are still available to buy for the 2019 Blue Jays home opener in Toronto. Screenshot via Ticketmaster.

Ticketmaster shows availability remaining in all but a handful of sections within the massive stadium. Some sections have more than 100 up for grabs.

For every one of the past ten years, the home opener has sold out—often within minutes. In fact, this is the first time since the early 2000s in which the game hasn't sold out for the Blue Jays.

"They've lost near a third of their fan base due to the Blue Flu of not bringing attractive players that their fans find interesting to their market," said baseball agent Scott Boras to reporters over the off-season, pointing to a lack of starpower and fan excitement amidst a "rebuilding" period.

Indeed, as Fansided's Jays Journal explained a few months back: "The Rogers Centre saw 878,605 fewer fans come through the turnstiles during the 2018 campaign as opposed to the previous season."

The Blue Jays, which had been ranked fouth place in league attendance just one year earlier, dropped nine spots between 2017 and 2018 for a new ranking of 13th.

Some blame this downturn in attendance on the cost of tickets, which since 2016 have been priced dynamically based on the draw of each individual game.

Combination of no players of note and stupid insane ticket prices. When's the last time the home opener wasn't a sell out? Whoever set the ticket prices needs to give their head a shake.

Actually, a lot of people are blaming ticket prices. Right now, they start at $41.50 each.

Tickets too expensive, no in and outs to have a smoke, lowered payroll all add up to staying at home and watching on tv

And that's not even factoring in what you'll pay for snacks and drinks at the Rogers Centre.

Others say the team simply sucks right now, which is why fans would rather watch from home, if at all, than from the stands.

The blue jays suck who would ever use this https://t.co/nLUo9TbOMQ

Whatever the case may be, it's not looking great for the Jays this year, at least not from the jump.

Loyal fans who do have tickets for Opening Day this year can rest easy knowing that the bathroom lines will be shorter than usual—and they won't have to fight anybody for a free t-shirt.

by Lauren O'Neil via blogTO
Posted by Arun Augustin at 11:47 AM