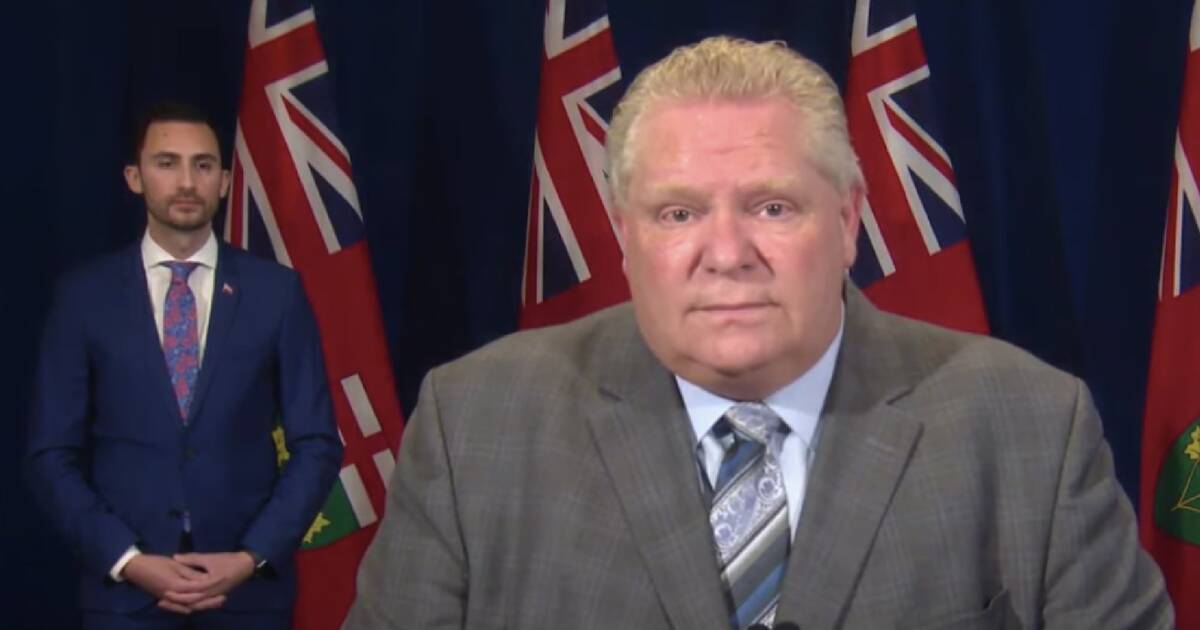 As several provinces across Canada begin to slowly lift lockdown restrictions and prepare to reopen their economies in the coming weeks, Premier Doug Ford has a message for all those outside Ontario: Don't come here.

Speaking at Queen's Park during his daily press briefing Wednesday, Ford said people from other provinces and the U.S. should refrain from coming to Ontario anytime soon to avoid further spread of the virus.

"We don't want people right now coming across the border," he said. "I love Quebecers, I love people from Manitoba, but stay at home. That goes for the U.S. as well."

Ford says he doesn’t want people crossing border from Quebec or Manitoba - “if you don’t live in Ontario, stay at home.”

Elementary schools, daycares and some businesses in Quebec are slated to reopen in May. And while Ford said he respects Quebec Premier Francois Legault's decision to lift measures ahead of Ontario, he simply doesn't want to take the chance of the outbreak worsening here thanks to travellers.

"It's nothing personal. We just, we can't afford the spread of this virus here in Ontario. We are doing so well," he said.

"When this is over, we welcome you with open arms."

Premiere @fordnation says its not personal, but he doesn't want people coming into Ontario and crossing our borders yet. "If you don't live in Ontario, stay at home". Ford assures once this is over, the province will welcome everyone with open arms. #Covid19

The governments of Quebec, Manitoba, Saskatchewan and New Brunswick have either already begun or will soon begin to lift lockdown restrictions within their provinces.

Earlier this week, Ontario released its framework for restarting the economy but provided no dates on when we can expect to see a reduction in restrictions. Ford and public health officials have repeatedly said daily case numbers have to significantly drop before they can consider reopening.

Thankfully, that reality may soon be within reach as the province reported the lowest daily increase of new cases in more than three weeks Wednesday morning.

Either way, it's clear people from outside Ontario are not and will not be welcome here for the foreseeable future.

"We just can't risk it," Ford said today. "I emphasize, the people who don't live in Ontario, we welcome you another time. We just can't have you into our province at this point."

by Mira Miller via blogTO
Posted by Arun Augustin at 12:46 PM