Midges are once again tormenting people in Toronto 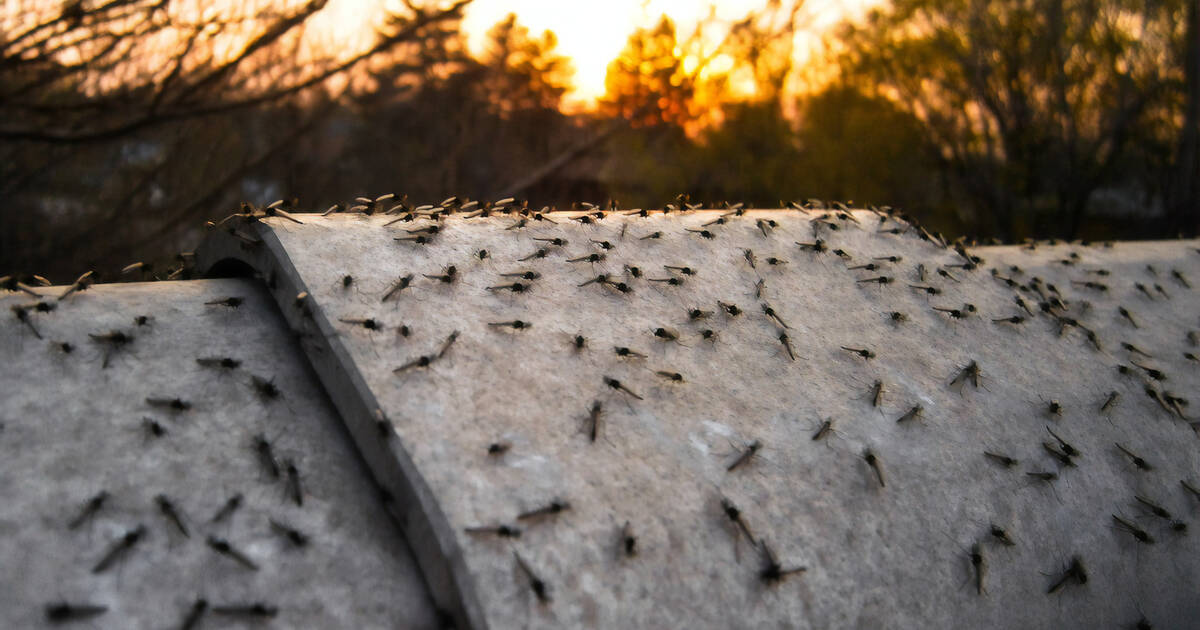 That's right, the midges are back — and this time, they mean business (kidding! They don't, I just thought that sounded cool.)

Reports of the tiny chironomids, which form clouds along Toronto's waterfront for a few days every spring and fall — sometimes more than once per season — are circulating on Twitter right now as people go out for exercise only to find themselves swarmed by buggies.

"The clouds of midges swarming Guildwood are really turning the daily walk into a bother," tweeted one Scarborough resident on Friday.

"If my body washes up on the shores of Lake Ontario, please know— It was the midges," wrote another on Saturday.

Gross as their presence may be, the midges may actually encourage those who've been flouting social distancing orders to stay at home. If a deadly virus isn't enough to scare someone into compliance, maybe a deadly virus and the thought of bugs in their hair will.

I thought it was snowing.

Some residents have been surprised to see the midge clouds in light of our recent weather, which has been volatile with several brief but intense periods of snow downtown.

"Is That Snow or Midges? A Toronto Story," joked one local on Twitter last week.

"Apocalyptic April forecast calls for sun, cloud, snow, swarms of midges and a general air of malaise," wrote another. "Same as any other April in Toronto, really."

The only thing your are missing outside #Toronto is #Midges #StayHome

For those who are just discovering midges right now by way of a bug-covered lakeside balcony or a random insect in your contact lense, don't fret too much: Midge attacks usually only last for a few days at a time.

You can avoid (at least some of) them by leaving the lights outside your house off at night, keeping your windows closed and staying away from waterfront trails — the latter measure of which you should already be taking to comply with current emergency orders.

Once their mass mating session is done, the non-biting bugs disperse or die, leaving behind huge piles of midge corpses on windowsills, balconies and the like.

by Lauren O'Neil via blogTO
Posted by Arun Augustin at 4:16 PM