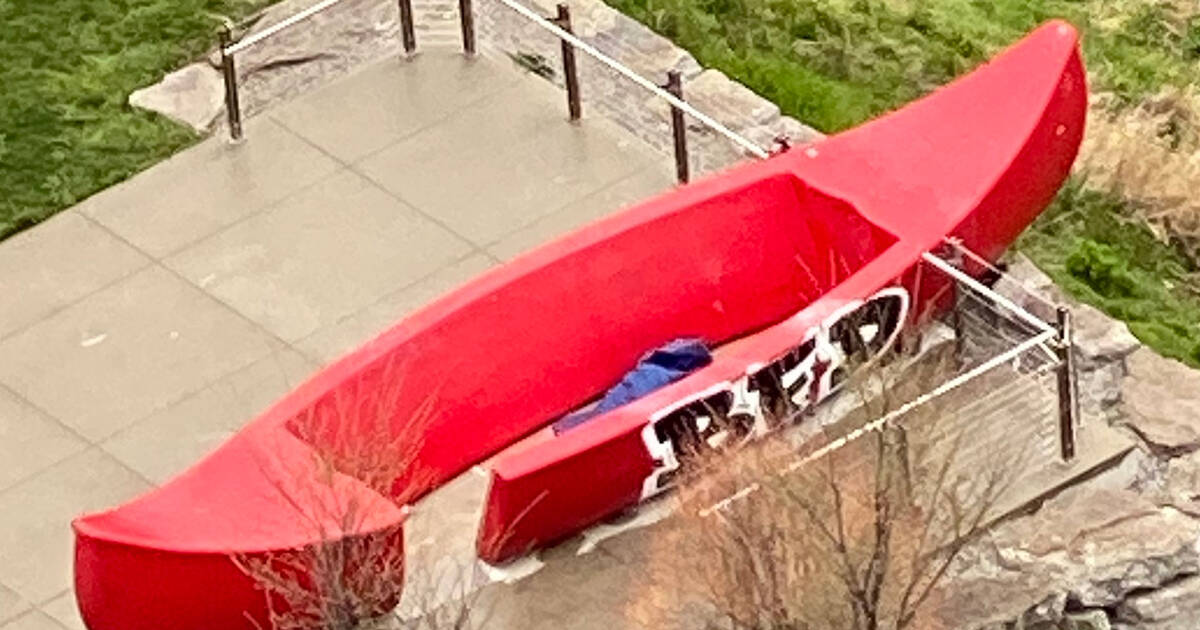 Whether it's the writer's name, or some meta ode to Magritte's pipe, or just pointing to the fact that the canoe does, sometimes, act as a bed at night for people living rough, it's probably not what Douglas Copeland envisioned when he made the sculpture.

The local landmark, which overlooks the Gardiner Expressway out toward Lake Ontario, has sat on the park's little hilltop since it first opened in 2009.

It's definitely not the first time it's been tagged up in one way or another, though considering we're in the midst of quarantine, it probably won't be a while until it gets a new coat of paint.