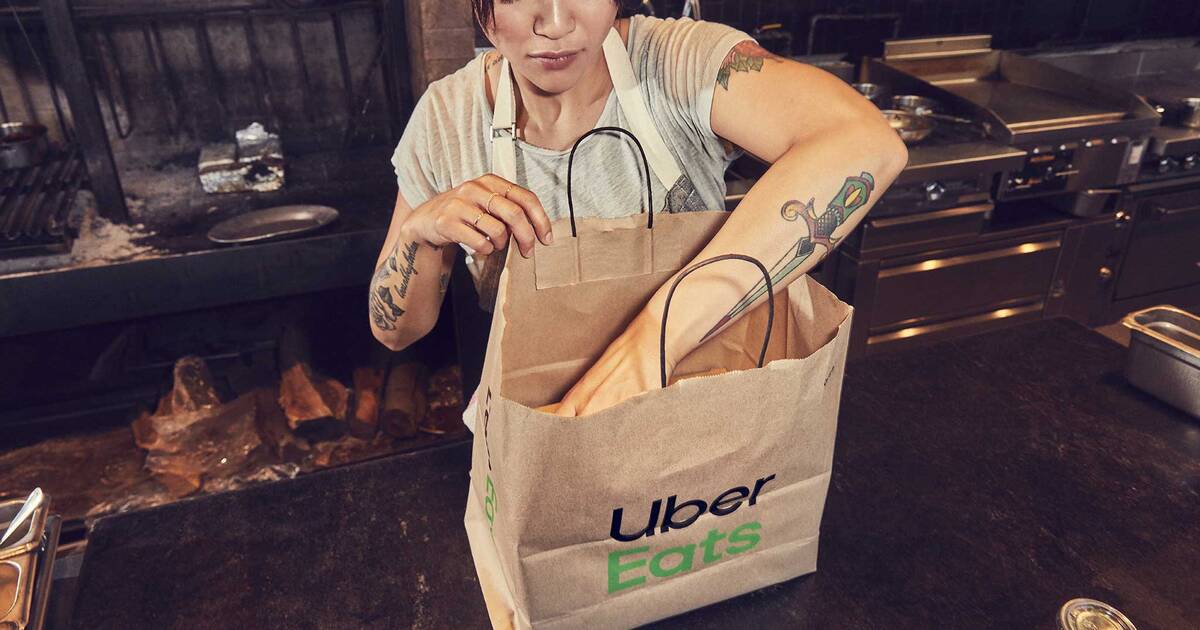 Getting food delivered using an app is especially popular right now, but many are wondering if there's a difference in how much commission each app charges Toronto restaurants, and whether they're helping or hurting small businesses by ordering this way.

Independent restaurant owners have been vocal about the fact that some apps charge such a high commission they're actually losing money by using them, and have been worried about scams.

People have been concerned enough by this issue that they've offered to help restaurants deliver food themselves, and the Mayor has even looked into trying to help lower fees.

A video even went viral explaining the effects of the use of third party delivery apps on restaurants, but recently a graphic has also been making the rounds explaining the different commission rates of various apps.

If you really want to support restaurants, post this. Thank you for your support during these difficult times. Please remember, when ordering consider what we are being charged. Support those that support us. #noUberEats

Based on current commission rates, Uber Eats is the worst offender with the highest rate of 30 per cent. Restaurants have been seeking to abandon this app especially, not only due to high fees, but because their service went haywire recently, causing many to lose business.

But Uber Eats says their commission rates actually vary by level of service."

"Restaurants can choose from 3 options including no fees for pickup orders; a reduced 15% fee for restaurants who choose to use their own delivery people; or full-service with delivery people available on the Uber Eats platform," said Uber Eats in a statement.

Uber Eats also says their $0 delivery fee initiative (note: they still often charge additional fees like a "service fee") has encouraged an increase in ordering from local independent restaurants by as much  as 30 per cent in North America, and that full commissions help cover the cost of onboarding new delivery people, maintaining safety, marketing, technology services and customer service.

Uber Eats has also waived activation fees for restaurants and has offered a daily payout option as an alternative to their weekly pay cycle, and have pledged over $6 million in free rides, meals and deliveries to charity.

For lower rates, however, Skip the Dishes is a  better option with a 20 per cent commission.

"At the start of the crisis, we immediately launched a 30-day support package for all our restaurant partners on the network that reduced commissions by 15%, which has since directed more than $5 million back to restaurant partners across the country," says a company spokesperson.

"Just over a week ago, [Skip the Dishes] announced we both extended and increased our support package, which reduces commissions by 25% to help local and independent restaurant partners whose dining rooms remain closed."

The app is also offering a reduced commission rate of 10.5 per cent to restaurants who can do their own deliveries.

For the lowest commissions, DoorDash is the clear leader among this group with a 1o per cent commission.

"Each merchant we partner with elects their own suite of services - this is a signature part of our merchant-first approach - and that is considered in building a commission structure for each partnership," says a DoorDash spokeswoman.

"In response to the acute financial threats that local restaurants are facing right now, we announced last week that we are reducing commissions for all of our local restaurant partners by 50% on both DoorDash and Caviar."

Skip the Dishes is also offering $0 delivery fees every Saturday to generate sales for restaurants.

Foodora, the other major player in the app delivery market, announced yesterday they're shutting down operations in Canada.

by Amy Carlberg via blogTO
Posted by Arun Augustin at 8:46 AM