Drake thanks frontline workers in surprise appearance on Stronger Together special 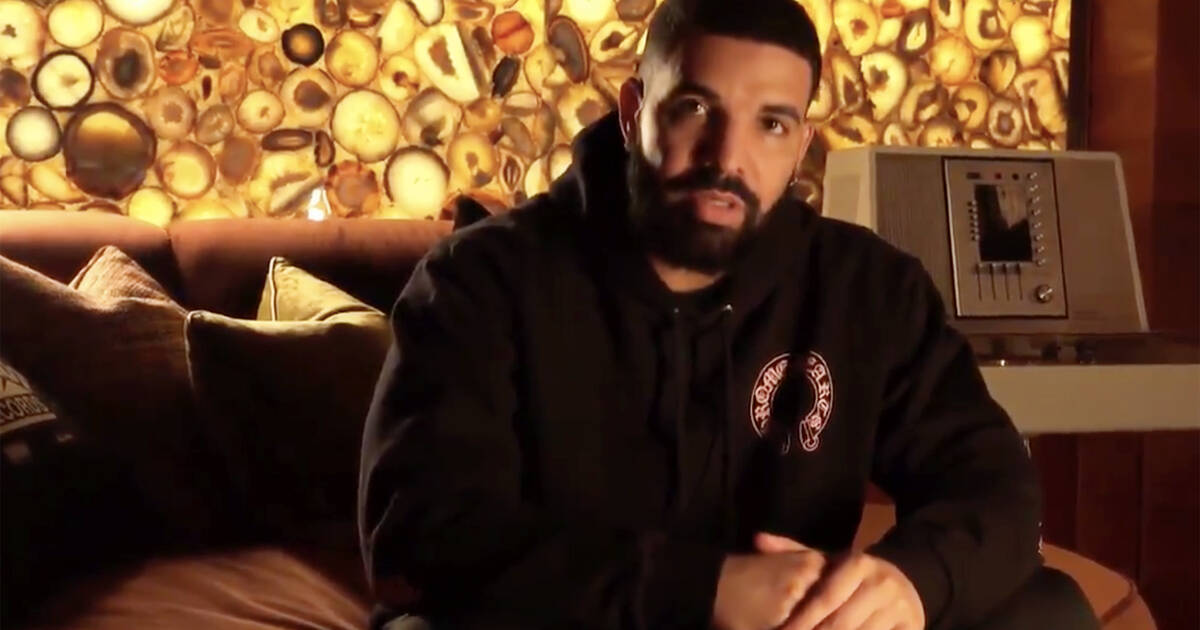 Though Drake has drawn some criticism for how he's been conducting himself in quarantine — mainly due to the fact that he's been showing off his opulent mansion instead of donating to and advocating for food banks or healthcare workers, as other Canadian celebs have done — he partook in Canada's Stronger Together special last night, offering a special message to frontline workers and the public at large.

.@Drake says frontline workers are the glue holding us all together. #StrongerTogether #TousEnsemble pic.twitter.com/a0CHknYOFo

"I want to send all my love, all my gratitude, all my support out to the frontline workers, first responders, the healthcare workers," Toronto's most famous star said in the surprise three and a half minute monologue.

He talked about his own recent trip to the hospital (apparently for an ankle injury), and the inspiring morale he witnessed there despite current circumstances, calling hospital staff "the glue holding us all together" during this difficult time.

Nice Message From Drake at the end of The Broadcast Tonight Stronger Together Sweet Dude !

He also had an uplifting message for all of us sequestered and isolating in our homes.

"To the people at home right now... who feel unaffected or not yet affected by this situation directly, I know it can still weight on your mental health," he remarked.

"I want to urge everybody that's in their own space to find the silver lining in the times that we're living through right now."

One thing, I can’t say I was the biggest fan of @Drake but acknowledge his talent. Tonight, as a Canadian watching Stronger Together, his speech was genuine and gave me a change of heart! I guess I have to do the Toostie Slide Tik Tok with my daughter now. #Props pic.twitter.com/hwkl8p1hLR

That silver lining, he aptly pointed out, is the time many now have for self-reflection, for honing in on things that they're passionate about, bettering themselves and making changes "that you've always wanted to make in your life."

Also, the chance to nurture and potentially re-evaluate personal relationships.

"I hope we all emerge better people, more unified people, I hope we are able to show each other the same amount of love that we're showing now," he went on, getting deep and giving us all of the feels.

"And I hope we just never take for granted again some of the moments that we have for so many years in this rat race of life,"

Viewers found the message to be incredibly heartfelt and emotional, especially due to its impromptu nature, which made it feel like it was directly from Drake in the moment, and not some pre-written speech.

Some did find it a little weird, though, that the 6ix God was given the closing slot of the whole special, appearing after the Lean On Me finale (which featured superstars like Justin Bieber, Michael Bublé, Avril Lavigne and more), and even Prime Minister Justin Trudeau.

Not that I mind, but did I miss something where Drake needed the last word instead of the PM on the Stronger Together special for the food banks? 🤔

Some even made comments about Aubrey's public speaking skills, though others were quick to jump to his defence, saying that the fact that the segment seemed unrehearsed is part of what made it so special.

The majority of the responses online have been ones commending the appearance and expressing love for the Canadian icon, who many found eloquent, authentic and motivational.

he’s speaking from the heart and not reading from a teleprompter and people find something to complain about. anyway, i found it quite motivating, so thank you for your words.

If there's anything that's authentically Drake, it's a sensitive and soulful moment, and we're all here for it.

by Becky Robertson via blogTO
Posted by Arun Augustin at 7:16 AM