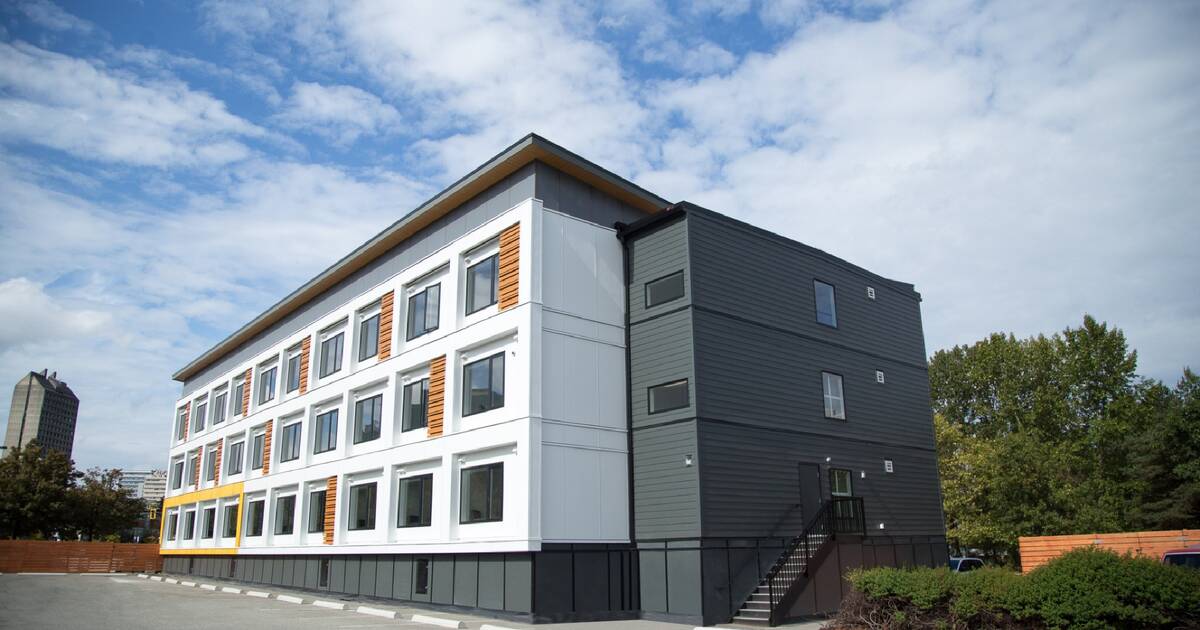 The city of Toronto has announced plans to build up to 250 new modular supportive housing units in the city, the first 110 of which would be built on two city-owned sites and ready for occupancy by September.

Toronto Mayor John Tory made the announcement during the city's daily press briefing Wednesday afternoon, and he said the project is exceedingly important in order to provide stable, affordable housing and support services to individuals experiencing homelessness.

Modular housing is a quick and cost-effective way to house people due to the fact that it's prefabricated in a factory and then transported and assembled on-site.

Before the pandemic began, city staff were already preparing to bring forward a report to the March 23 Planning and Housing Committee meeting outlining the proposed implementation plan.

But since regular committee and council meetings have been cancelled and the need for supportive housing is more dire than ever, the city is looking to move forward with the project immediately.

"Staff are recommending entering negotiations with Horizon North for the manufacturing, design and installation of up to 110 modular homes in two, three-storey developments – representing Phase I of the City’s modular housing pilot," notes a release from the city.

"The terms of the proposed contract will be reviewed and considered by City Council at its April 30 meeting. A full request for proposal (RFP) will be issued in the summer of 2020 for the second phase of the pilot, representing an additional 140 modular supportive homes to be completed by April 2021."

While this is the first modular housing project in Toronto, similar approaches have been used in many other jurisdictions in North America. Horizon North, the company set to design and build the units, recently constructed a similar supportive housing facility in Vancouver.

Long project timelines are a challenge to building affordable housing. Check out the timelapse of this supportive housing facility in Vancouver, a project that took 5 months from production to occupancy, a far better timeframe to provide much-needed homes. https://t.co/bT4zmMiHP1 pic.twitter.com/sVlRIGpD4r

In total, the full capital cost for Phase I of the pilot is estimated at $20.9 million and would come from the city's Development Charges Reserve Fund for Subsidized Housing as well as the federal government through Canada Mortgage and Housing Corporation’s Affordable Housing Innovation Fund, which has committed $8.25 million in grants and recoverable loans.

The city will also request operating funding for health-related support services and housing subsidies from the province, so that deeply affordable supportive homes can be delivered at the sites.

According to a release from the city, staff are in the process of identifying city-owned/controlled sites appropriate for the development of modular housing.

As part of a future report, subject to council approval, they'll offer the identified sites through 35-year leases for nominal sums to non-profit operators selected as part of a request for proposals process.

"These 110 modular homes will provide stable and affordable homes as well as support services to individuals experiencing homelessness, while also reducing pressure on the City's shelters particularly at a time when there is urgency to fast implement these innovative housing approaches and manage this crisis with long lasting solutions," said Deputy Mayor Ana Bailão in a statement.

"It is a cost effective approach that delivers better health and housing outcomes. We’re moving forward on our commitment to ensure that Toronto is a place where families and individuals can live in safe, well-maintained and affordable housing."