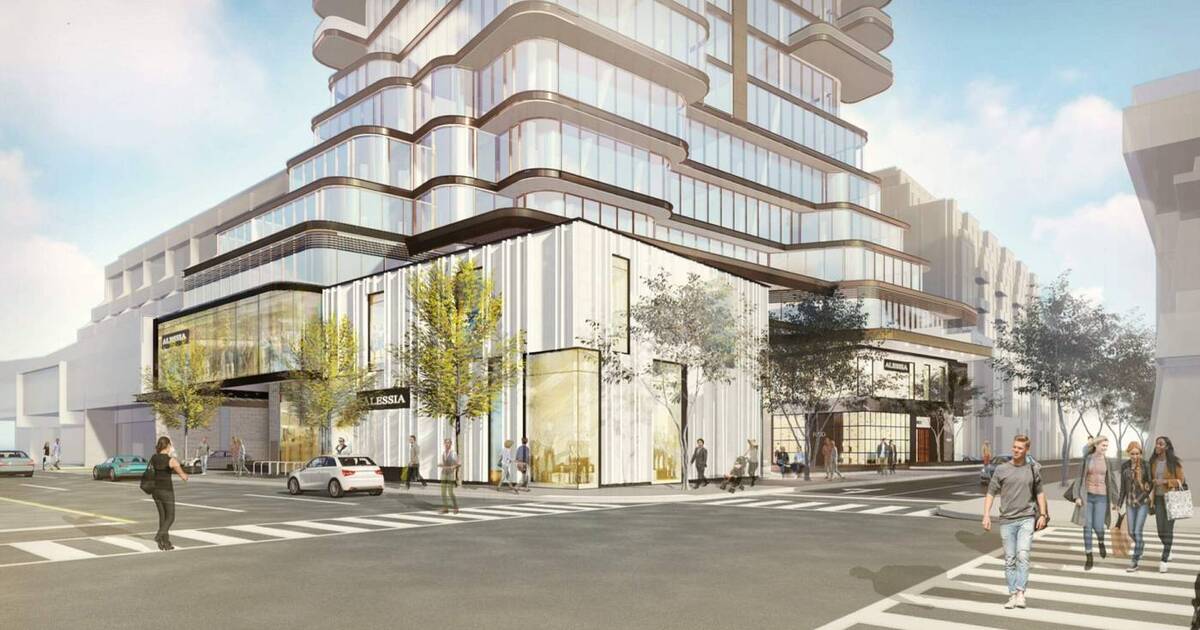 Despite its heritage designation, one of Yorkville's most notable collection of buildings is slated for demolition to make way for a new condo.

Nearly a decade since it was first proposed, updated plans for a condo at the northeast corner of Avenue and Yorkville have been resubmitted by First Capital and Greybrook Realty.

If approved, the new 29-storey Yorkville Condo at 140 Yorkville Road will see the destruction of the York Square complex at 33 Avenue Road. 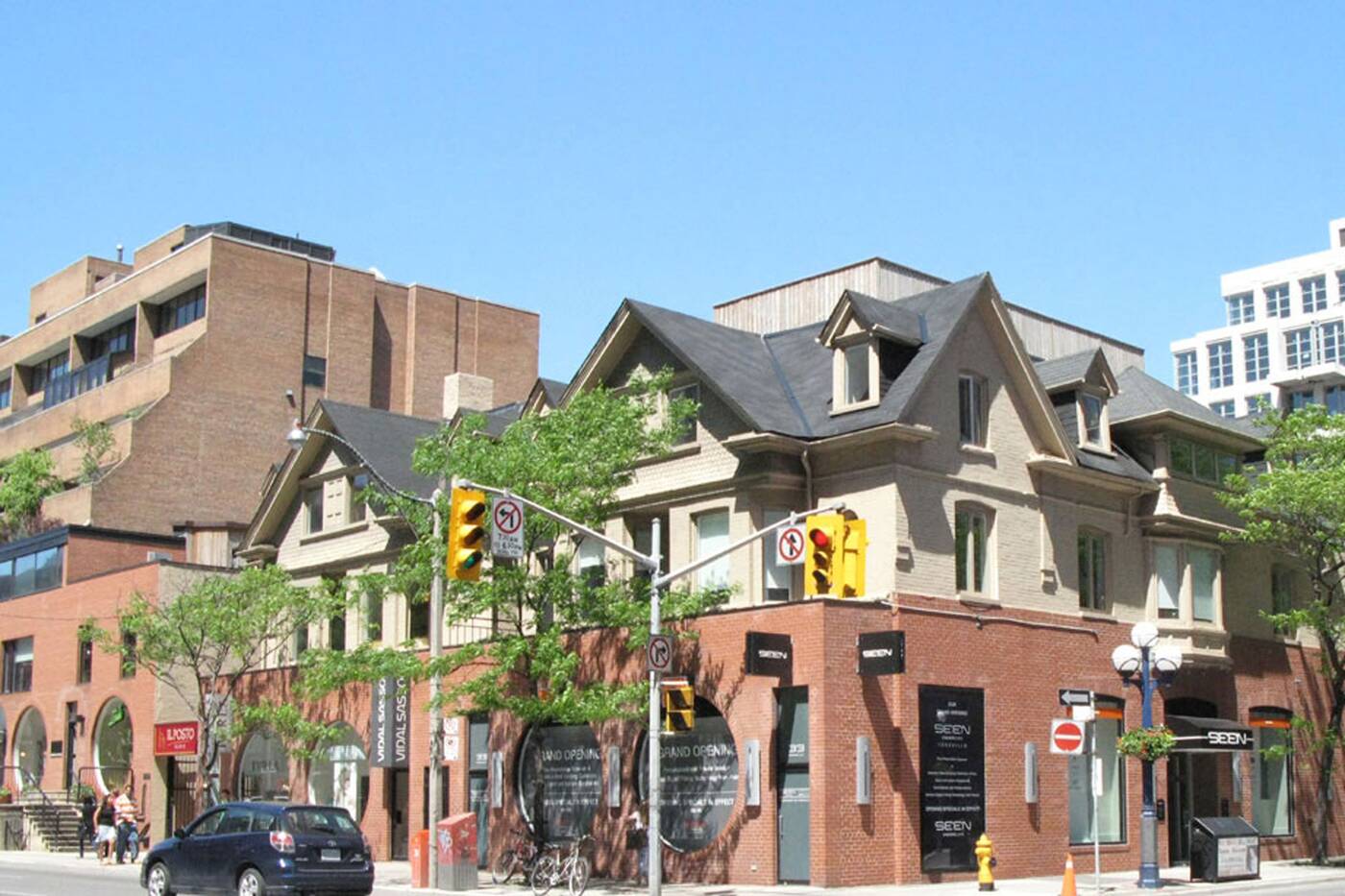 York Square is slated for demolition to make way for a 29-storey condo. Photo by Richard Longley via Toronto Architectural Conservancy.

The award-winning design of York Square is still lauded today as a prime example of the neighbourhood's transition from an historic village to a symbolic representation of Yorkville's heydey as a hippie hub in the 1960s, pre-Mink Mile. 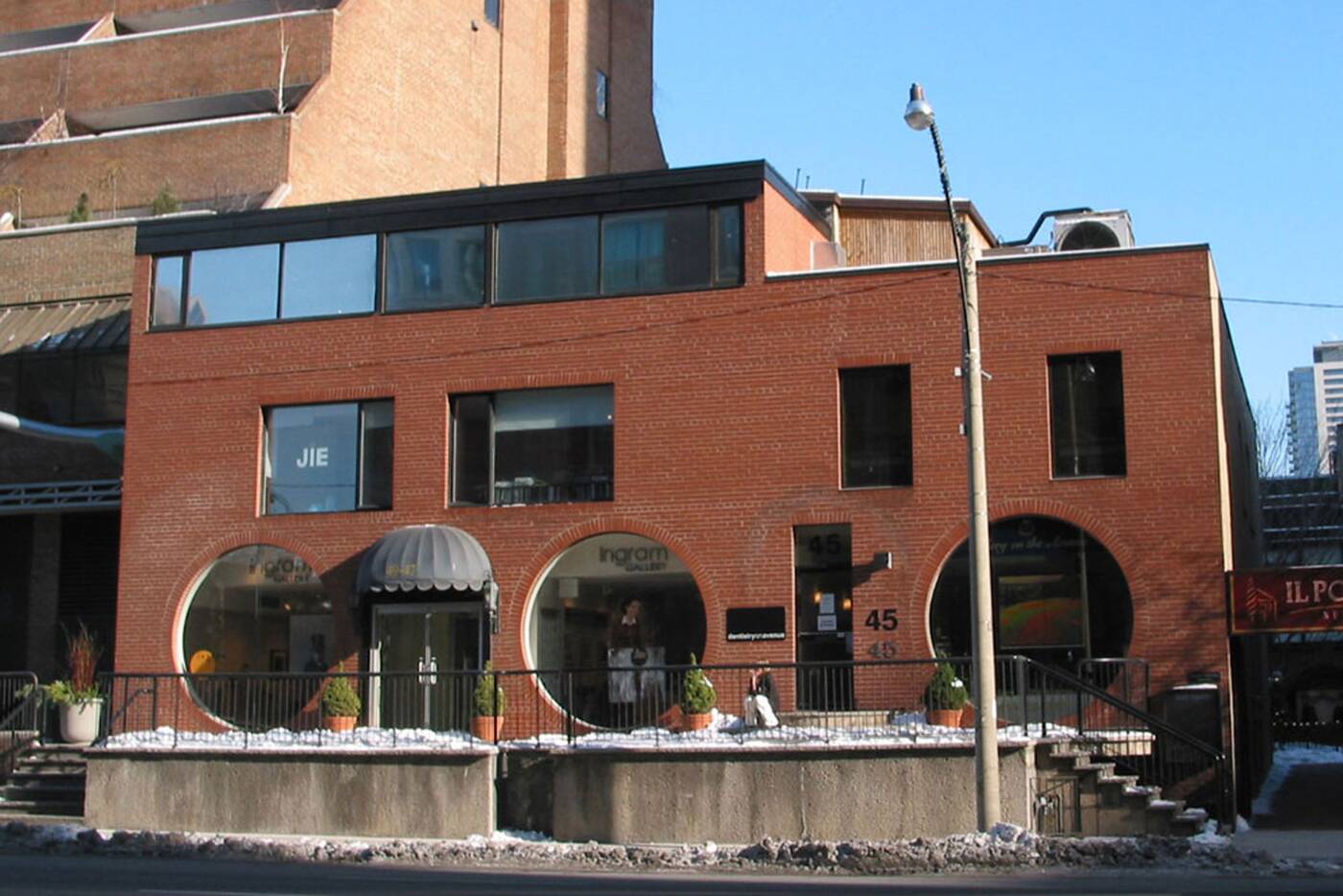 .The complex of buildings includes houses dating back to 1900. Photo via Toronto Architectural Conservancy.

It also comprises of an open air courtyard and red brick buildings built in 1968  by acclaimed architecture duo Jack Diamond and Barton Myers.

Its iconic circular windows and preservation of Victorian-style buildings were described as "a significant connecting link" to the neighbourhood's past by ERA Architects when 33 Avenue was designated a heritage site in 2014. 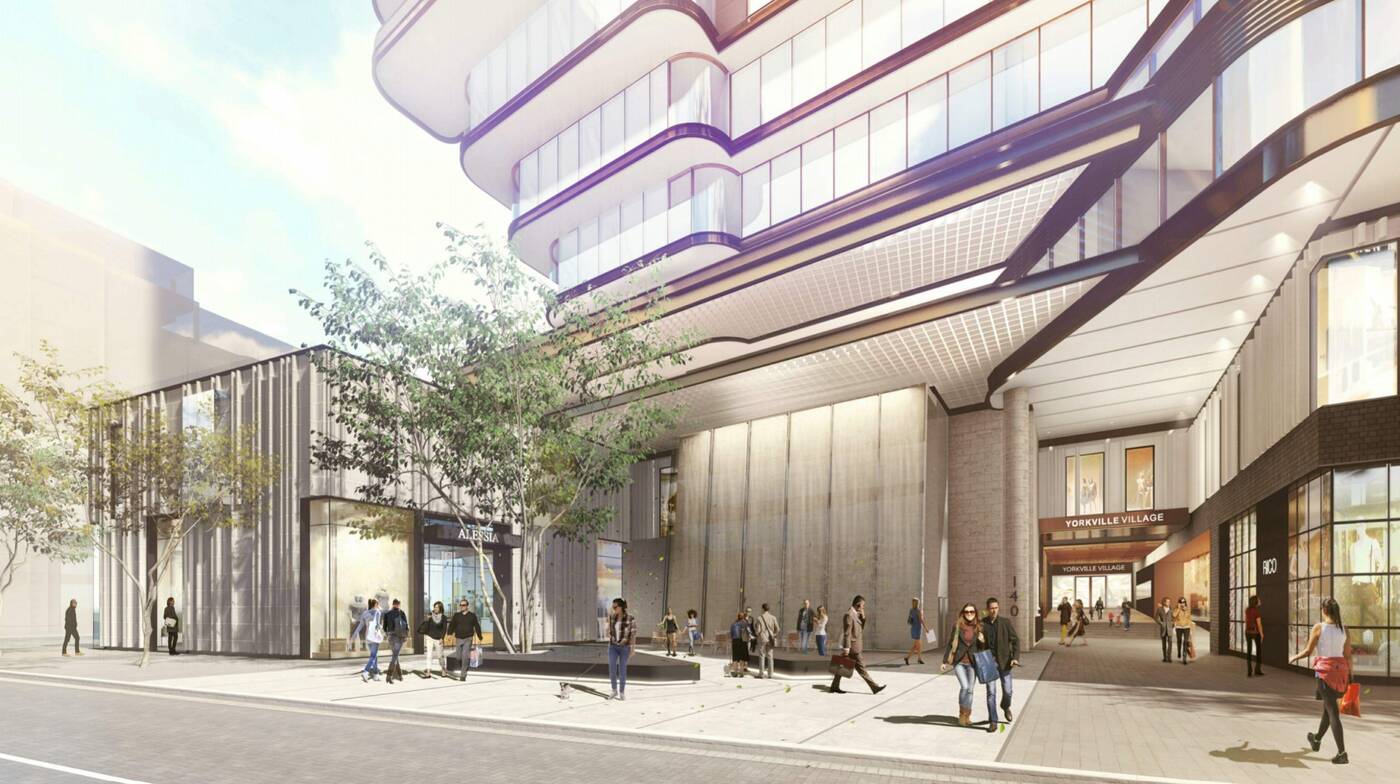 The 29-storey condo will take over the northeast corner of Avenue and Yorkville. Photo via City of Toronto Development Application.

But according to the Yorkville Condo's application, the proposal still intends to remove all existing buildings and the public square on the corner.

Instead, the development will make up for the heritage attributes with things like a public square and new two-storey structures on Yorkville Avenue that will "reflect the scale and placement of the existing buildings on the Site to be removed."

Architectural plans from BBB Architects and Giannone Petricone Associations show that the condo's facade made up of balconies and terraces on every floor.

The condo's entrance will be situated in a walk-through that will also lead to Yorkville Village, and feature a total of 100 units, predominantly two-bedrooms, with four levels of underground parking.

by Tanya Mok via blogTO
Posted by Arun Augustin at 7:21 AM