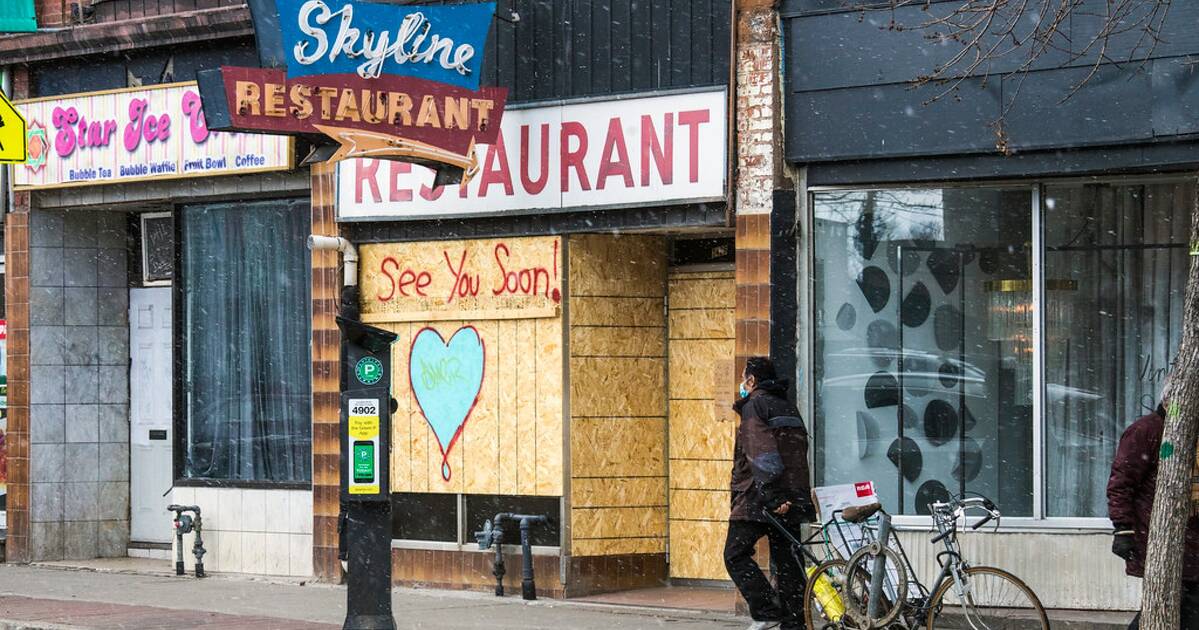 Prime Minister Justin Trudeau and Ontario Premier Doug Ford announced Friday that more than $900 million in provincial-federal relief will be provided to small businesses through the new program, which will offer forgivable loans to eligible commercial property owners that are experiencing rent shortfalls because their small business tenants have been heavily impacted.

We’re responding to #COVID19 by partnering with the federal government to deliver more than $900 million in relief to small businesses and landlords through the Ontario-Canada Emergency Commercial Rent Assistance Program. https://t.co/R1q7LiBA9g pic.twitter.com/EBppXwqhPV

The loans will cover 50 per cent of three monthly rent payments, but they'll only be forgiven if the property owner agrees to reduce the rental costs of small business tenants for April to June by at least 75 per cent and commits to a moratorium on evictions for three months.

Impacted small business tenants are those paying less than $50,000 per month in rent and who have temporarily ceased operations or have experienced at least a 70 per cent drop in pre-COVID-19 revenues, and the support will also be available to non-profit and charitable organizations.

A statement from the provincial NDP calls the program "overly complex" and points out that it relies on landlords to decide to apply.

And if they do, they'll lose 25 per cent of their income.

On top of that, only landlords whose commercial tenants have lost 70 per cent of their income will qualify.

The new commercial rent support program has massive gaps that leave businesses out, and the NDP is calling on the provincial government to fill those gaps. https://t.co/oB5Qlf0IZo #COVID19 #COVID19Ontario

"Allowing thousands of Ontario businesses to fail because their landlord doesn’t volunteer to lose income is definitely not good enough," said NDP Leader Andrea Horwath in a statement.

Horwath has alternatively proposed a 75 per cent provincial rent subsidy with direct payments to tenants.

She and the NDP say Ford should step up with a "made-in-Ontario solution" to fill the gaps and support businesses that won’t qualify.

They also say the government should help landlords that won’t want to participate in order to avoid losing thousands of small and medium-sized enterprises, charities and non-profits.

"It’s critical for the economy, for jobs, and for the culture of our communities that small and medium-sized businesses make it through the COVID-19 pandemic, and are a part of the economy re-opening on the other side," said Catherine Fife, the NDP critic for economic growth and job creation, research and innovation, and international trade, in a statement.

"Businesses can’t bounce back if they've gone under. Supporting small businesses is supporting Ontario. If Mr. Ford continues to fail to do that, it’ll cost our province dearly."

by Mira Miller via blogTO
Posted by Arun Augustin at 2:21 PM