Toronto bakery gets rid of Uber Eats after losing $6,000 in one day 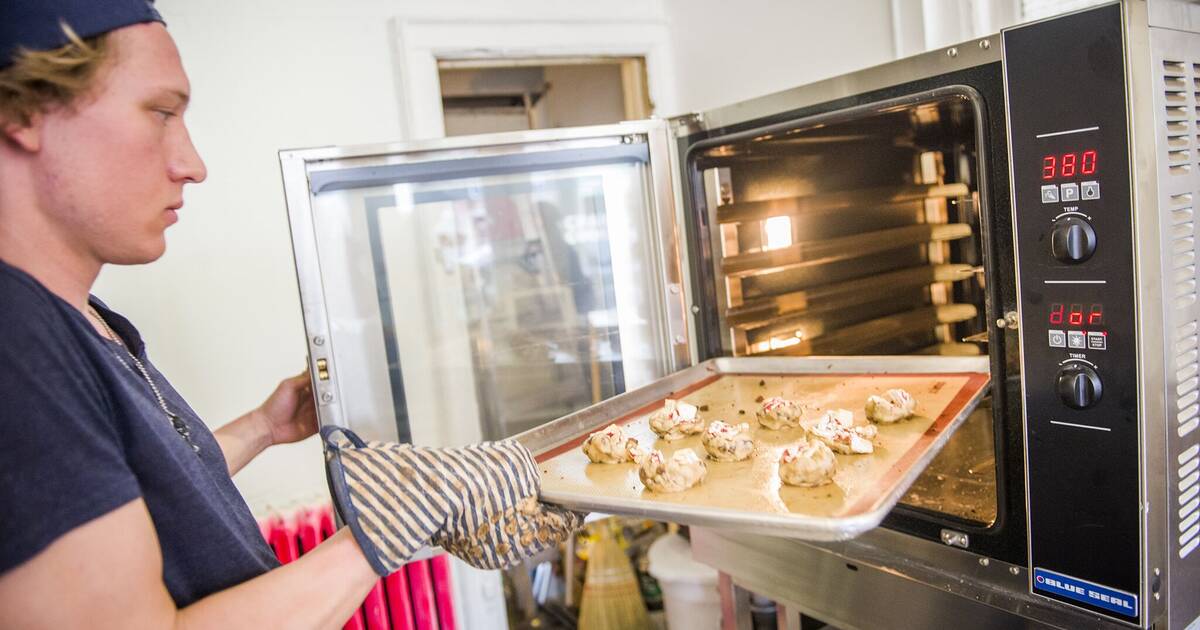 As if it weren't difficult enough to keep a brick-and-mortar store open for five weeks (and counting) amid a global pandemic during which all non-essential businesses have been ordered to close, Uber Eats has been making work even harder for local business owners.

Toronto's best-used food delivery service went down across much of the city on Friday evening, leaving food-seekers annoyed, drivers confused and business owners in lurch.

The widespread outage turned into unexpected rolling "closures" for many restaurants on the app throughout Saturday, prompting some to encourage their customers to order food by other means.

Craig Pike, the owner of Craig's Cookies, would have done the same — if Uber had warned or even notified him that his stores had been taken offline.

"The way that we found out that our restaurant was closed was because sales were really slow," said Pike by phone on Monday, noting that business had been brisk in recent weekends amid the pandemic.

"I went to the app and saw that we were closed [on Uber]," he continued. "Wouldn't it have been respectful to have let the restaurants know? Had we known, we would have let our customers know what was happening and find another way for them to get the product."

With no direct way to get in contact with Uber Eats, Pike and his team had little recourse — not that speaking with Uber would have done much good. The tech giant has yet to respond to a request for comment regarding the outage in Toronto, but it has been giving various reasons for the outage to irate consumers on Twitter through its support account.

Some replies blame Google Maps, some blame hig demand in the area. Uber has yet to publicly reveal what caused so many restaurants in Toronto to go offline Friday and Saturday, or if the problem has been resolved.

Pike estimates that he lost between $6,000 and $8,000 worth of sales between his two Toronto bakeries as a result of the outage, but it was Uber's lack of communication — and unwillingness to collaborate — that made him feel disrespected.

"The restaurant industry has pivoted so quickly and drastically which has caused a lot of stress for a lot of us," he said, noting that 70 per cent of sales at his Church Street location came from walk-ins before the pandemic hit. Uber, the only delivery app Craig's Cookies had been using, accounted for roughly 10 per cent pre-pandemic.

"We've had to pivot so fast to figure out how this industry is going," said Pike of Uber. "But Uber Eats has chosen not to. They've chosen not to pivot with us."

Even before Friday's app fiasco, Pike said he was dissapointed with Uber for failing to let customers tip his staff, who are used to making up to $500 per month in gratuities at the Church Street shop.

Pike says he added a $5 tip as a menu item in the digital version of his restaurant on Uber Eats to support his staff. This worked, for a time, until Uber found out and removed the item. When Pike asked why, the company told him it was "not legally set up to be able to offer that."

His appeals to the company were unfruitful, but he did notice that Door Dash — another California-based food delivery service — allowed gratuities.

After watching his restaurant open and close without warning on Uber Eats six times throughout Saturday alone, he jumped to the latter app.

"HAPPY NEWS ALERT! After an absurd weekend with UberEats closing our business (and many many others in Toronto) with no warning for almost 24 hours resulting in a loss of nearly $6000 in sales over two locations we are sooooooo HAPPY and EXCITED to begin a new relationship with DoorDash!" reads a message posted to the Craig's Cookies Instagram account on Sunday.

"They're helping us out with 0% commissions and 100% of tips will go directly to our staff. Make the move with us and get your cookies today!"

MORE GOOD NEWS MONDAY! We have successfully made the move to @doordash AND (drumroll please) they will deliver in a 7km radius of our shops! Yes! That includes YOU Leslieville and the Beaches and StClair and Eglinton and Bloor West Village! Oh and 0% Commission and Full Gratuity to our hard working staff! Want a Cookie? . . . @churchwellesleyvillage #TO_finest #craigscookies #torontofoodie #yum #yyz #gaybaker #tasteofto #tastetoronto #torontolife #torontocookies #gaytoronto #torontogay #tofoodies #instafood #toronto @blogto @torontolife @tastetoronto @parkdalelife @parkdalevillage

Another bonus announced by Craig's Cookies on Monday is a greatly-expanded service area. Uber only delivered withing 3 km of Pike's stores in Toronto, while Door Dash delivery spans a radius of 7 km.

Pike says that, while his company will remain on Uber Eats for at least the next two weeks during a transition period, he will no longer advertise the company on his website or encourage customers to order through the app.

by Lauren O'Neil via blogTO
Posted by Arun Augustin at 5:16 PM