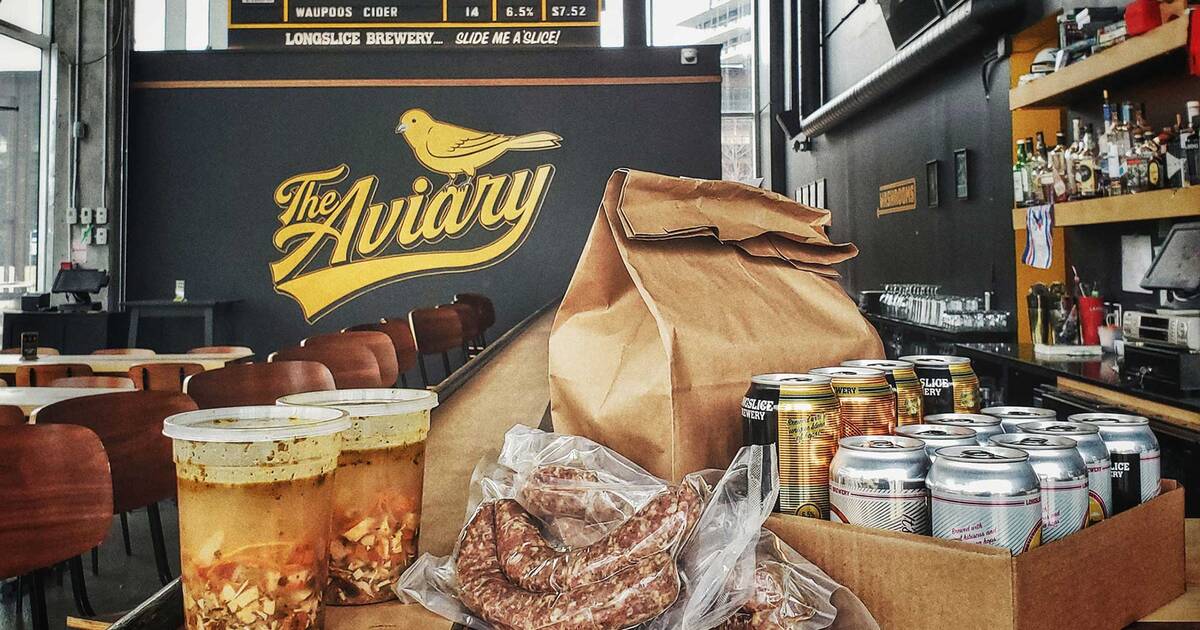 Some restaurants in Toronto have made providing meals for those who need them as simple as ordering takeout for yourself.

Little India Restaurant, The Oxley, and Longslice Brewery in partnership with its tap room The Aviary and Forty Creek Whisky are just some examples of restaurants that have come with a plan to provide delicious meals to anyone who might need them by allowing customers to purchase food that the restaurants then distribute on their behalf.

Little India started its free meals initiative when owner Sri Selvarasa noticed customers who had been impacted financially by the pandemic asking if they could pay for their meals at a later date.

Now, the restaurant gives out free meals daily to anyone who needs them, as many as they need, no questions asked.

The initiative has grown so much so that local charities are getting in touch with Little India inquiring if they would provide meals, Selvarasa said. “We are coordinating here and there, those meals as well,” he said

“That's the goal, to help people and feed people, whoever is in need,” Selvarasa said. The restaurant is creating bulk orders of up to 50 meals for charities, and is also providing meals to frontline workers who are getting in touch, he said.

The restaurant has tremendous support from the community. They have been receiving donations from Torontonians to make these meals possible, Selvarasa said. “Someone came in [and] they actually donated food containers,” he added. This particular donation, Selvarasa says, was very timely because containers are hard to find at the moment.

Customers can support Little India’s initiative to make sure that no one goes to sleep hungry in Toronto by making a donation through their website.

An individual has the option of buying one free meal for someone, or 100 meals. Another way to support Little India is to just order takeout from them to help keep their employees working.

The kitchen staff at Little India is working every day to prepare meals Selvarasa says, and this is helping them keep their morale up during the pandemic. “They are feeling that rush, they're staying positive and we are happy for that because we cannot afford to lose our kitchen staff,” he said.

After having to lay-off their front staff, which, for Selvarasa, was heartbreaking, he is grateful to keep his kitchen staff working.

“It's difficult to get those nice people working for you,” he said.

In Yorkville, The Oxley’s owner Andrew Carter is allowing customers who are ordering from his Grab & Go menu to purchase a tray of lasagna for The Good Shepherd Ministries.

Last week, Carter delivered 30 lasagnas, each of which serves six people he said. “I don't see why it's going to change this week,” he said.

A half hour before I called him, Carter received a call from a woman asking how she might contribute to Carter’s lasagna initiative. “I said, well, I just take your credit card [number], I take the payment, and I deliver the lasagna once or twice a week.”

Being inspired by another restaurant doing something similar with shawarmas, Carter decided to start his own endeavour in his neighbourhood.

“I do business in a great neighbourhood — it's Yorkville — and my neighbours are great people as well, and they're, you know, high net wealth, I would say,” Carter said.

Carter is confident that the good will in his community, along with the desire to support local restaurants, will remain strong for as long as this pandemic lasts.

“One of the benefits of coming to a restaurant to get takeout is the fact that you don't need to go to a grocery store,” he said.

“There's lots of people at grocery stores right now, so this [the Grab & Go menu] eliminates that,” he said. “At the most, there's two or three people in the Oxley picking things up, but they're socially distanced within that space.”

Meanwhile, he says time spent in grocery stores is long and near many other people.

Alternatively, Carter is providing meals, like his lasagna, that can be kept frozen and reheated as needed, along with an extensive wine list. And as people peruse The Oxley’s Grab & Go menu, they are reminded to purchase lasagnas for the mission.

And then there’s Longslice Brewery, which, in addition to providing its customers with curbside pickup of its brews and touch-less home delivery as far up north of Toronto as Stroud, Ontario, has also launched its Community Combos initiative.

Jimmy Peat is president of Longslice Brewery. “How it works is we've put together pre-made packages,” Peat said. “They include some food from The Aviary, some spirits from Forty Creek and then beer, obviously.”

The foods contained in the packages are varied — they include charcuterie and cheese plates, re-heatable pasta and rice dishes for two, house-made beer sausages, chips and dip, among many other craft beers.

Each purchase of a Community Combo buys a meal for someone who needs it through Dixon Hall Neighbourhood Services.

Peat and his team are also providing people with the option of buying a meal directly for Dixon Hall — “We’ve sold quite a few of them, actually, it’s been great.,” Peat said. For every 10 meals delivered, Forty Creek will donate an additional one.

While the Community Combos are important for Longslice to stay alive at this time — it’s keeping the kitchen staff employed and the lights on, Peat said — they're also focused on bringing the community together at a time when we are being made to live increasingly seperate lives to curb the virus’ spread.

“The pandemic’s been hard on everyone,” Peat said. “It's hard on us. I couldn't imagine what it must be like for people a little less fortunate.”

To order a Community Combo, Peat directs everyone to their ‘90s-GeoCities-dream of a website to get a package, or buy a meal directly for Dixon Hall.

Like Little India and The Oxley, Longslice is able to continue to do what it loves doing during the pandemic, all while helping us help others out.

“We're still making food, other people are getting fed — it’s sort of a win win, you know?” Peat said.

by Alisha Mughal via blogTO
Posted by Arun Augustin at 7:21 AM