Toronto restaurant owner apologizes after being called out for offensive comments 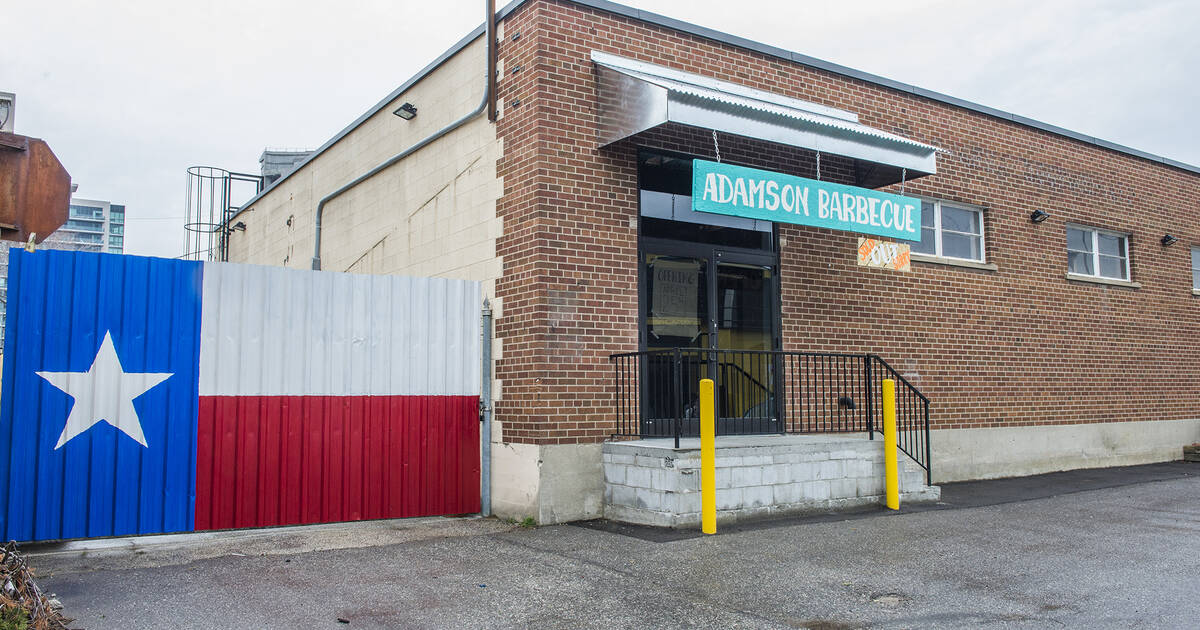 Everyone has their own thoughts an opinions on the pandemic, but one popular Toronto barbecue joint took things too far in expressing them on social media.

Adamson Barbecue in Leaside is taking heat after its official Twitter and Instagram accounts engaged in debate on Sunday over facts and figures related to the COVID-19 pandemic.

What the actual fuck is this?? From what I can gather they seem to be v ill-informed about Covid & went after people in a truly offensive way. (They’ve deleted their twitter but their IG is still up). It never surprises me when chef bros think/talk like this but wow it’s stupid pic.twitter.com/iAc0wbQVLG

Owner Adam Skelly was behind the restaurant's social media that day and proceeded to argue with several people, repeatedly using an offensive term in the process.

Don’t know who owns @adamsonbarbecue and I’m sure the staff don’t feel the same way, but it really sucks to see the owner using the brand account to go after people who don’t agree with their very strange view on this entire situation.

(Many more examples on the verified IG.) pic.twitter.com/IOh9jsnrjt

Comments made by Skelly through the restaurant's Instagram also appeared on a blogTO post regarding the anti-lock down protest at Queen's Park on Saturday.

PSA adamson bbq in the blogto comments defending the lockdown protesters. They have been posting hot trash on the gram this entire time. pic.twitter.com/B3DbQ0St5Q

And in what appears to be a now-deleted post on the Food and Wine Industry Navigator Facebook group, Skelly was heavily criticized for referring to the Canada Emergency Response Benefit as a "handout".

Toronto’s Adamson BBQ continues to dig itself a grave. pic.twitter.com/GQwH1n8dBu

The backlash has resulted in members of Toronto's food and drink community calling Adamson/Skelly out for its comments and practices.

JFC the Adamson Barbeque shit show is obviously gross ideologically and tone-deaf for the zeitgeist but turns out they might also be operating in line with their dangerous and wrong perspectives. This level of irresponsibility needs to be investigated, so someone please do that. https://t.co/34jxqd2c0L

While others have recommended other barbecue joints in Toronto that people can support instead.

Just a reminder:
-Adamson BBQ isn't the only BBQ joint in Toronto.
-they also own Conspiracy Pizza
-they won't apologize for their language and certainly not for their anti-COVID action stance
-the owners at Beach Hill are supernice guys pic.twitter.com/5k3MWf2PHm

In an email to blogTO, Skelly issued an apology for his comments.

"Using the word retard was a terrible choice. Regardless of verbage, I made some poor decisions with those comments," he said. "Instead of continuing with a logical review of the information, I name called and it was childish."

"I have close family members with mental and physical disabilities. I wasn't thinking of them, or anyone else besides the person in the thread, when I made the comments. I used a schoolyard insult and it was immature."

"I've been told by many people that addressing the actual COVID tweet is a deflection, and all that matters is my choice of words further down the comment thread. I'll leave that discussion for anyone willing to have it."

Skelly also clarified that he does not own Conspiracy Pizza, and said that he's reached out to the owners regarding the situation.

Adamson was recently featured on blogTO for managing to retain all of its staff and pay rent in the wake of the pandemic.

by Lisa Power via blogTO
Posted by Arun Augustin at 9:16 AM