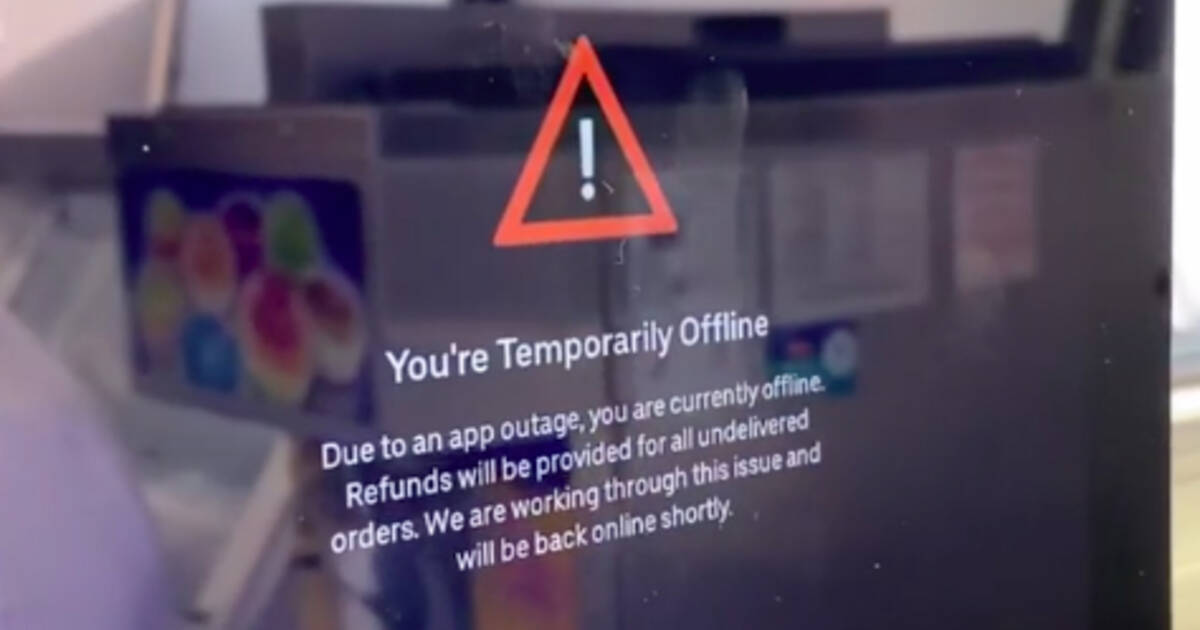 It's apparent when talking to almost any highrise-dweller in downtown Toronto how reliant we've all become on food delivery apps when it's cold outside... and when we're hungover... and when we simply can't be bothered to get groceries, cook, or even walk to a fast-food joint.

Never before, however, have restaurants been so dependent on such apps to survive than right now, as a pandemic-mandated emergency order keeps dining rooms closed across the province.

Uber Eats going down for even a few hours in the best of times would likely cost some local businesses hundreds, if not thousands of dollars.

The most-popular app of its kind, it's the only service some Toronto restaurants even use for home delivery at all, making said restaurants near-reliant on the tech juggernaut in times such as these.

Thus, when the app went down for more than 24 hours across much of the city this weekend, Uber Eats customers, drivers and restaurant clients were ticked.

V sad day for many restaurants out there. Roughly half our orders are from Uber Eats.

"Your Toronto app is a mess right now! If it's not working, at least tell us up front instead of making us wait AN HOUR and then cancelling the order!" tweeted one hungry app user to Uber Eats around 7 p.m. on Friday. "What is going on!?

"What the f*ck is wrong with Uber Eats app in Toronto?" wrote another. "No restaurants are available."

Uber Support replied to these and dozens of other complaints on Friday night to either suggest users restart the app, request a direct message, or blame high demand.

Here to help. We suggest restarting your app. If this doesn’t work, reset the network setting and reinstall the Uber app. Log back in and check for software updates. If you still encounter the same issue after this, send us a DM with your phone number.

"Here to explain! When demand is high, some restaurants appear as unavailable," wrote the support account to several Toronto users.

"This is either done by us or the restaurant to prevent cancellations or long delivery times. This change is usually made for a short time, so if you can't see a specific restaurant, try again later."

Uber later told some of its drivers who were complaining about the outage that "there is a known issue with Google Maps that is causing the app to crash."

"Our team is working on fixing this issue as soon as possible. Thank you so much for your patience," the company told one driver on Twitter, telling customers similarly that "there's a known issue preventing you to place an order through the app."

Thank you for bringing this to our attention, @breakingthutop1. Our team is currently reviewing and we hope to get this resolved shortly.

With the app still down for many around dinnertime on Saturday, restaurant owners took to their own social media accounts with workarounds for customers.

"The app has been down the whole entire day, tried calling them but no luck. We can still arrange a contactless take-out for you. Please call 416-551-1550 or DM to order!"

"[Uber Eats Canada] has been having technical issues since yesterday for restaurants in our area," wrote Leslieville Italian restaurant Gio's (aka 'The Nose') similarly on Insagram. "Hopefully it will be up and running soon. In the meantime please call in any orders at 416-469-5225 for pick up! Sorry for any inconvenience."

Tom's Dairy Freeze went so far as to open up what it called a "make-shift drive thru" to serve customers amid the app outage, while restaurants like Conspiracy Pizza urged customers to use their website for ordering instead.

The popular Dundas West bar and restaurant Hanmoto announced on Sunday that the Uber Eats fiasco had prompted it to launch its own home delivery feature.

"Ok! With Uber Eats being so unreliable and ridiculous, we've decided to take matters into our own hands for the time being!" reads an Instagram post from the restaurant published Sunday.

"We will be personally delivering to your homes and taking pre-orders via email and interac e-transfer! Minimum order of $45.00."

As of Sunday afternoon, Uber Eats seems to be working in some parts of the city, though reports continue to surface on Twitter of the app going down sporadically.

"When Uber Eats lists everything as unavailable in Toronto," wrote one local app user Sunday morning.

"Sure it's an inconvenience to me, but I can’t imagine the frustration that small business feels when it’s the only way to connect to me, the consumer. Technology fail."

by Lauren O'Neil via blogTO
Posted by Arun Augustin at 1:21 PM