This new Toronto apartment building will come with 37 affordable homes 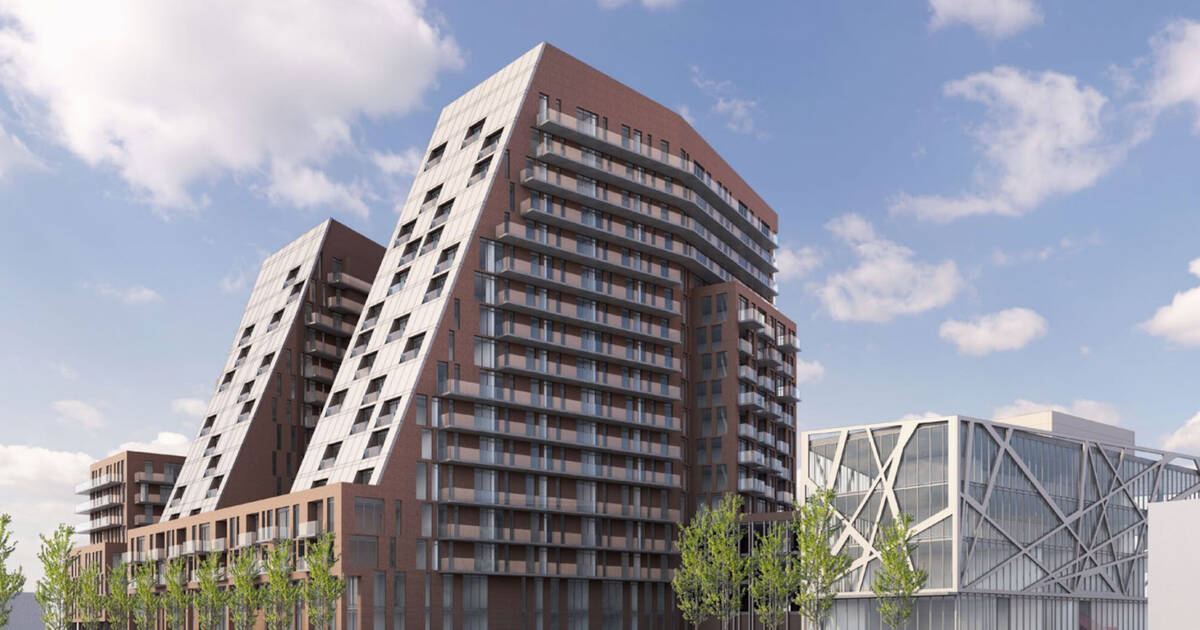 A piece of land in Toronto's Stockyards that has sat empty for more than a decade could soon be the site of 529 new residential units, including 37 affordable ones for artists and their families.

Plans for a 3-acre site referred to as 6 Lloyd Avenue, now Carlyle Junction, has been in the works for years, with two previous proposals to turn this triangular plot of land by the rail corridor into a cluster of mixed-use buildings.

The latest plan submitted from Carlyle Communities and RAW Design shows what we can expect to be built on the former site of a Benjamin Moore paint plant.

The previous proposal, which was pitched by troubled Toronto developer Stanton Renaissance as JunXion Condos before the company filed for bankruptcy in 2017, was shot down by city planners in 2015.

The heights of the three 14-storey residential buildings and one eight-storey office building were deemed "excessive" for the area, considering the rubber factory next door.

Located just a stone's throw away at 35 Cawthra Avenue, the plumes emitted from National Rubber Technologies meant that people in any building taller than 16 metres "would be subject to unacceptable levels of odour".

The amendments from Carlyle Communities and RAW Design submitted last month has instead seen the residential building heights go up to 16 and 17 storeys, while the office building has been reduced to four storeys.

A main selling point is the proposal's proximity to the upcoming St.Clair-Old Weston SmartTrack Station, which will be appealing for future workers of 32,000 square-feet of new glassy office space being proposed, if built.

The two-volume condo will include two-storey townhomes, encompassing some of the 218 one-bedrooms, 209 two-bedrooms, 57 studio units, and 45 three-bedrooms in the plan.

And in adherance to Section 37, which requires developers to provide some form of community benefit in their applications, Carlyle will also be including a daycare and 37 affordable rental housing units, the latter which will be planned in partnership with Artscape.

by Tanya Mok via blogTO
Posted by Arun Augustin at 4:55 PM