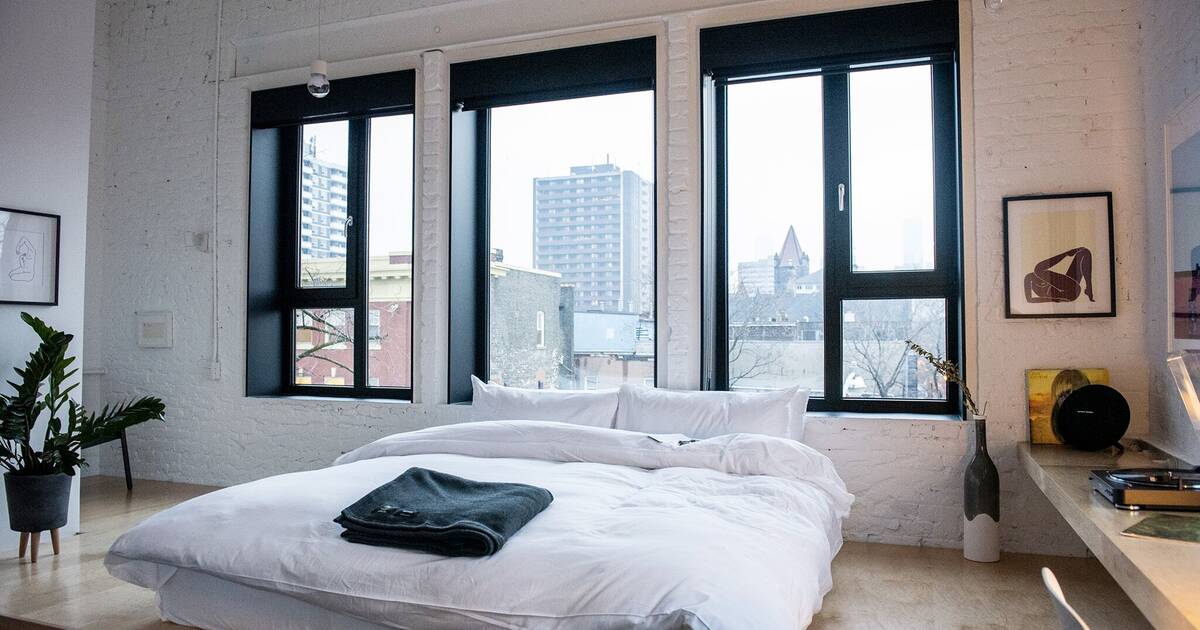 Toronto's brave nurses, doctors and other healthcare workers — people who put their lives on the line every day to battle the ongoing pandemic — have a new place to call home in between shifts (temporarily) if they want one.

The Annex Hotel at 296 Brunswick Avenue has officially re-opened its doors after closing in March, like many hotels in the city, over health and safety concerns.

Members of the public aren't yet able to book rooms again, however: They're reserved exclusively for what the company calls "Heroes in our Hotel."

And heroes, of course, stay for free (or rather, on the dime of private donors).

The ultra-modern 24-room boutique hotel says that donors have actually stepped up to cover the cost of all rooms and cleaning for healthcare workers to use until the end of June. 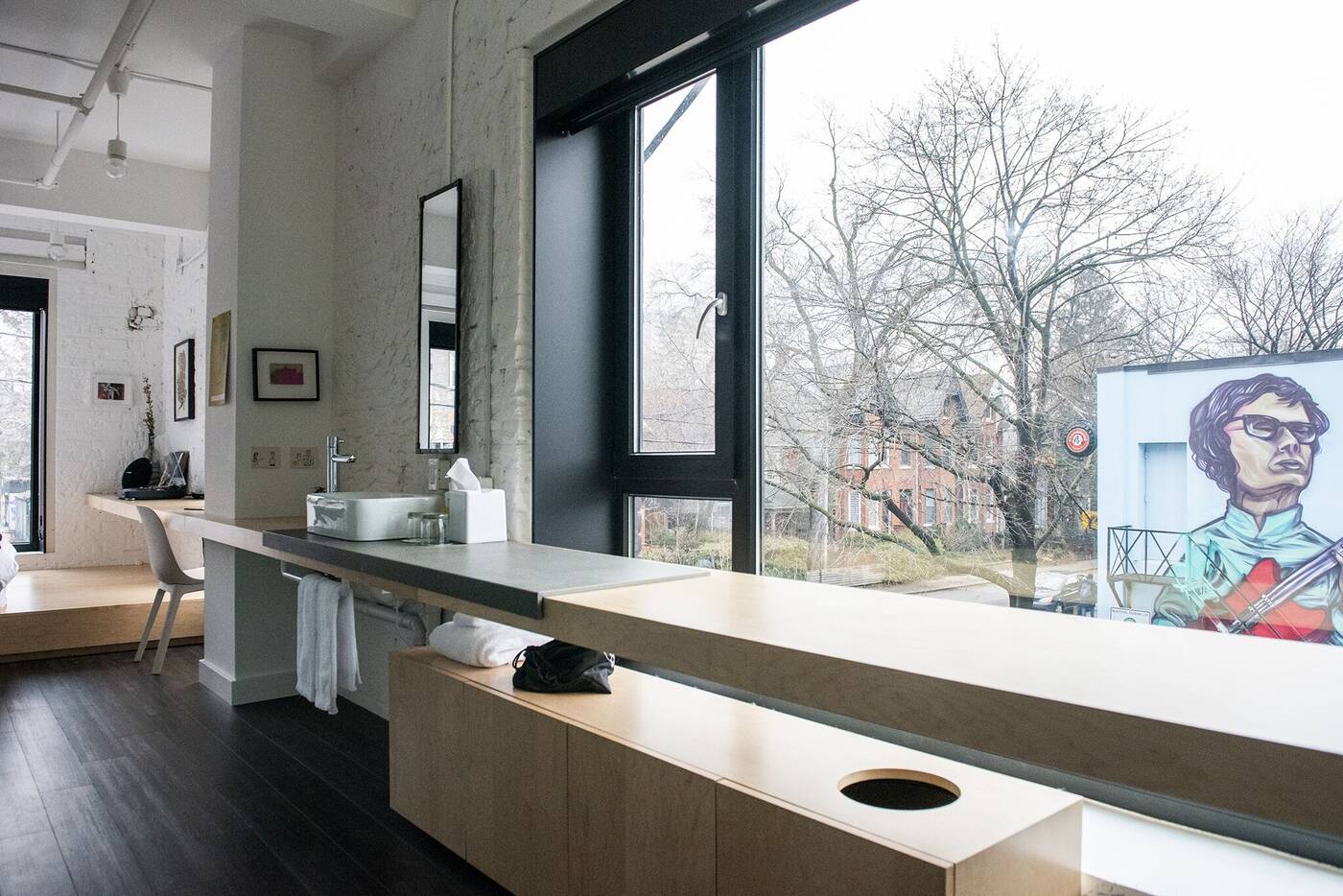 The Annex Hotel prides itself on providing all the comforts of home while being totally hands-off. Photo by Hector Vasquez.

"We will assess our ability to continue after that, but want to be a source of stability for those on the front lines during their days of service," wrote Annex Hotel general manager Ryan Killeen by email on Monday.

The hotel has been hosting healthcare professionals for a few weeks now, but just recently launched an online store that allows people to buy things like wine and chocolate for frontline workers to enjoy during their stay.

Anyone who'd like to donate or otherwise participate in the initiative can visit the Annex Hotel's website for details on how to do so. 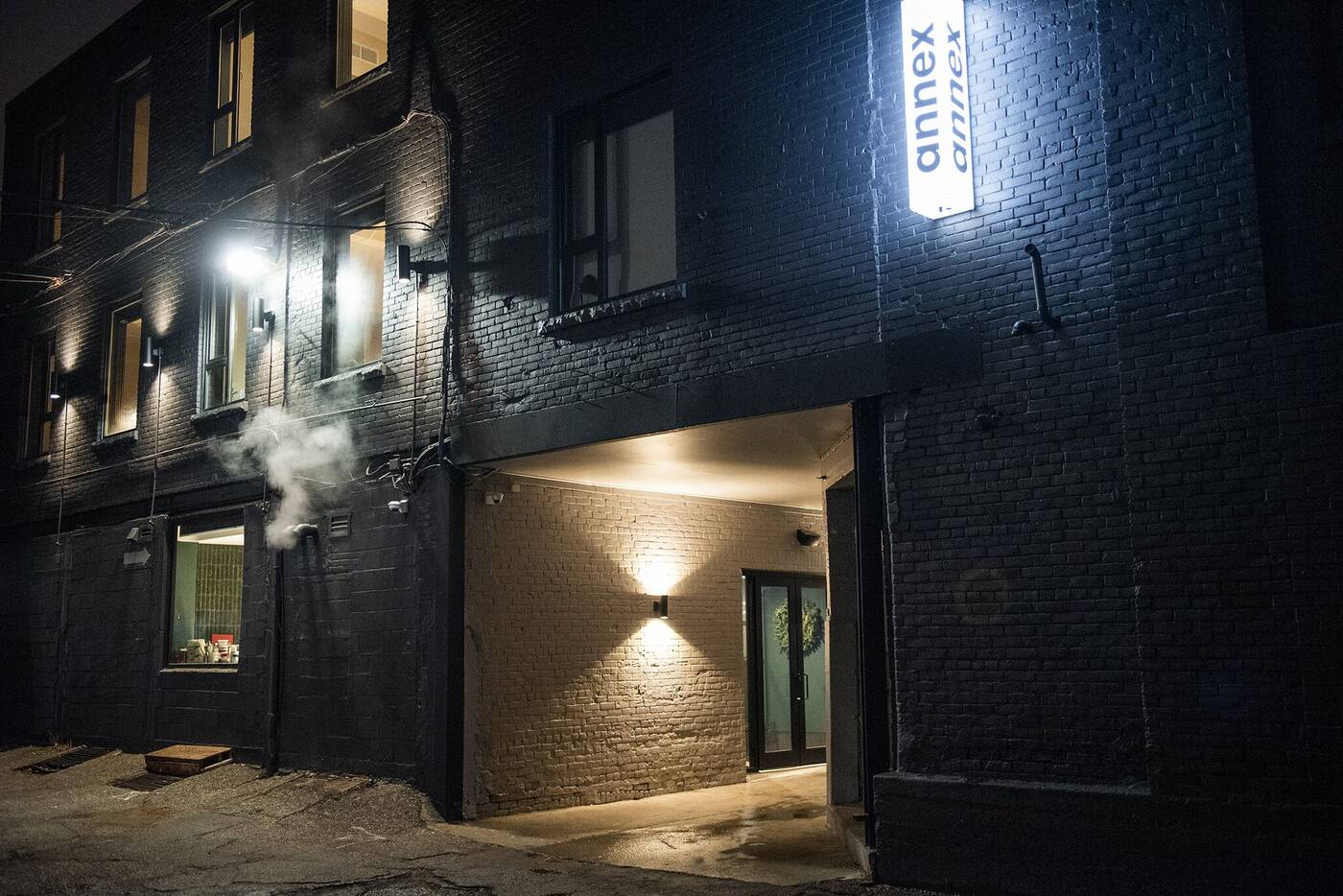 Guests of the Annex Hotel can access the three-storey boutique hotel and their rooms using just their phones. Photo by Hector Vasquez.

"The nurses, doctors and healthcare support members who have come through our doors have incredible stories and have expressed their gratitude for allowing them to stay safely away from their families and be close to their hospital given the extraordinary hours they're working," said Killeen of how things have been going so far.

"While we were originally set-up as a next generation hotel — high tech and low touch — we are now uniquely positioned to provide independent hotel accommodation that requires no host or staff physical interaction."

"We know there are many organizations and people out there stepping up, and we hope that by adding our name to the chorus, it will give others a chance to join in to support everyone who is, in turn, supporting us," said Killeen. "Once we put this idea to the community, it took less than a week for us to fill the hotel."