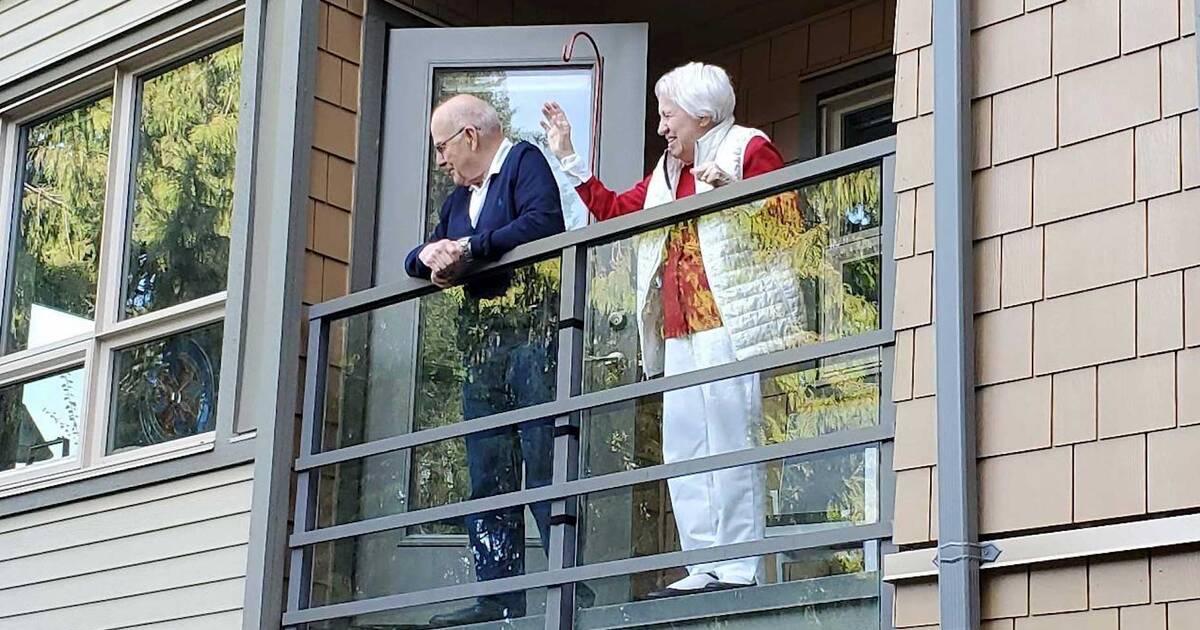 Residents of Amica Bayview Gardens, a seniors retirement home in Toronto, were serenaded by a professional singer outside their balconies earlier this week and the employees of the home joined in on the music too.

Alexa Brittany lives directly next to the retirement home and was able to capture the whole thing on video. She said the musician sang around the entire building and made sure to play the music on every side that had balconies.

Brittany added that he performed for about an hour and a half, and he was joined by the doctors, nurses and caregivers that work there.

A video from the day shows the musician and staff members singing Sweet Caroline with enthusiasm as residents enjoy from their balconies.

A seniors retirement home in Toronto hired a professional singer to serenade the residents and was joined by all the doctors, nurses and caregivers that work there - 📹 Alexa Brittany https://t.co/RaxSZfsTwk #Toronto #ourcommunityTO pic.twitter.com/hjO7ynYPxN

"It started around 3 p.m. this past Monday and I was in my condo," Brittany said.

"Such a nice day so my windows and balcony door was open and I heard clapping and loud singing but wasn’t able to see what it was. This is when he was on the other side of the building. It at first sounded like someone was playing their music really loud for everyone until the clapping happened!"

Brittany said she then went out onto her balcony to see what everyone was looking at, and that's when she realized it was a musician serenading residents from down below.

"After it was done, we all went back inside and about 10 minutes later I heard it even louder again and went back on my balcony," she added.

"He was now on my side on the building singing to everyone else!"

The move is evidently an effort to lift the spirit of those living in seniors homes as they continue to bear the brunt of the pandemic in Ontario and beyond.

And this isn't the only way people in Toronto have tried to cheer up residents of long-term care and retirement homes: one family even went as far as to use a bucket truck in order to have a visit with their 95-year-old relative through his bedroom window.

by Mira Miller via blogTO
Posted by Arun Augustin at 11:16 AM