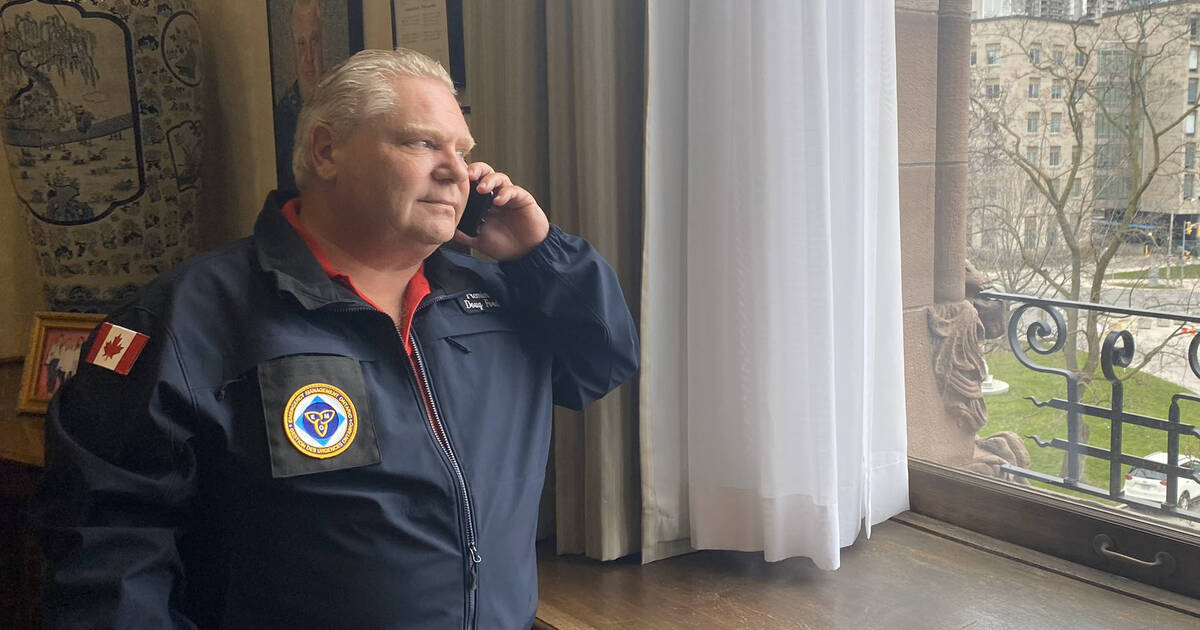 The provincial government is "getting close" to reopening Ontario's economy, according to none other than Premier Doug Ford, who announced during his daily press conference at Queen's Park on Wednesday that he is "laser-focused right now on opening things up as quickly as we can."

Ford, while still adamant that everything must be done "in a safe and measured way" based on the advice of public health officials, seemed notably more optimistic about reopening the province than ever before.

"I want companies to start getting ready — we're getting close," said Ford after announcing a new set of safety guidelines for employers to follow once they get back down to business. "I'm giving you hope. We are getting close. Get ready."

The sector-specific guidelines are meant to help protect workers, customers and the general public against COVID-19 as Ontario's economy gradually reopens in phases.

These guidelines follow Monday's release of a "framework for reopening our province" document, which contains guiding principles, clear criteria and targets that must be met before the province can begin lifting its current emergency orders.

"We need to continue seeing the curve flatten, we need to see the numbers continue to go down, not just for a few days but for a couple weeks," said Ford on Wednesday. "But the reason we're throwing out these guidelines... there's a reason: Get ready, we're going to get things moving."

When asked why, after consistently reiterating that he won't be rushed into reopening the economy, Ford seems to be gung-ho on the issue now, the Premier said his optimism is rooted in results.

Ford once again stressed his number one concern remains the health and safety of Ontario residents, and that reopening actions will only be carried out on the advice of Ontario's Chief Medical Officer of Health, Dr. David Williams. That said, he believes the time has come for businesses to begin preparations.

"We can't just throw out the guidelines and expect people to open up overnight," said Ford of the new workplace safety guidelines. "This is a clear indication that the time is coming sooner, and we're going to get there. I just want people to be prepared."