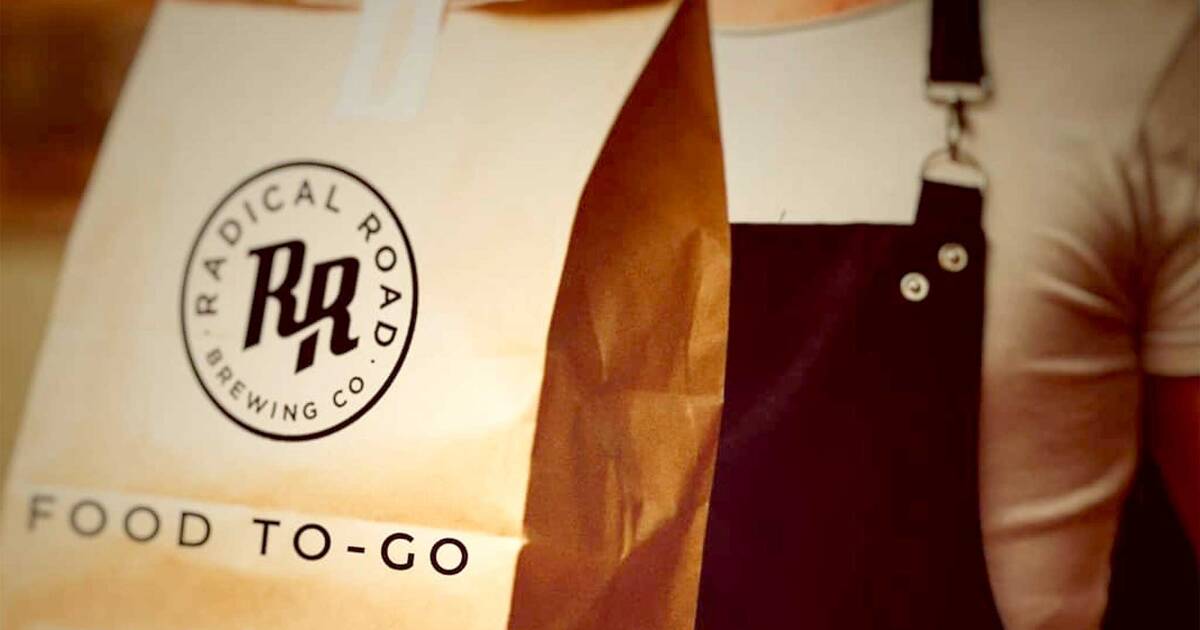 Toronto breweries are expanding their offerings to help support the community and get through the pandemic.

For example, while Burdock Brewery is known for its eclectic brews, they're now offering bread and wine as part of their delivery program.

Locals might know that Burdock has always had a bread program, but it was a bit of a well-kept secret that you could get a loaf with your beer.

But it's definitely not a secret anymore. Burdock added loaves of bread from the Blackbird Baking Co. as part of their delivery program and they're so popular that they're frequently sold out.

"We wheel and deal carbohydrates," owner and brewery director Matt Park told blogTO in a telephone interview. "If [people] can get their beer and bread, that's just one less stop."

And as of a few weeks ago they added wine to the menu as well.

"We have a pretty substantial wine inventory and if we don't sell it we'll just drink it ourselves," he laughed. "It's always been a dream of ours to be a wine and beer shop and [the pandemic] is a way for us to do that. If people don't need to go to the LCBO we've made the wold a better place."

Wine must be purchased with a loaf of bread, a bag of chips or a mystery snack due to the provincial guidelines but it's worth it, assures Park.

"The response to the home delivery has been really amazing. We've had a lot of support and we're thankful for that," Park said, explaining that it's helped keep staff in work.

But it's not just about filling the gaping void in business the pandemic caused, Park says it's also about giving back.

While scrolling through social media Park noticed that since people have been quarantined they've gotten really into baking.

"I saw on Google key word search sourdough was trending, so I put a post up to gauge interest in buying sourdough starters and within 10 minutes we had 100 messages," Park said.

The brewery has now started selling  their special sourdough starter, and to put a twist on it they packaged it in beer cans. The "MOM IN A CAN" sourdough starter is sold for $3, with the proceeds going to charity.

And while food seems like the logical addition to beer – like Bellwoods Brewery is offering produce baskets and prepped meals – the owner of Radical Road Brewing, Julian Holland, decided to partner with other local alcohol producers to provide an alternative to the LCBO.

"With the changes of the last few weeks and the restaurant shut down we have to try to take advantage in any way we can," said Holland.

Holland teamed up with H2 Craft Spirits and is now selling gin, rum, vodka and rye. He's also teamed up with Inniskillin, a local Niagara winery, to add the option of wine.

"The handful of selections in each category gives people a little more reason to come shop with us and keeps money within community," he explained, adding that they also don't have to wait in a long line.

There are also plans to team up with a cider company when the weather gets a bit warmer.

"So far it's been going really well. I didn't expect that," Holland said.

But it's been inspiring and Holland has even more ideas.

"We're thinking of partnering with some other delivery partners to add on demand, same day delivery -within a certain radius – of beer and spirits," he said.

He's also considering creating "party packs" that have a six-pack of beer and a bottle of rye or another spirit for people who are having virtual parties.

"It's something to do now to meet demand, but we can keep it going once this all ends," said Holland.

And while no one has any idea when this is going to end it's good to know that we can count on our local breweries to keep us watered and fed.

by Misha Gajewski via blogTO
Posted by Arun Augustin at 7:51 AM