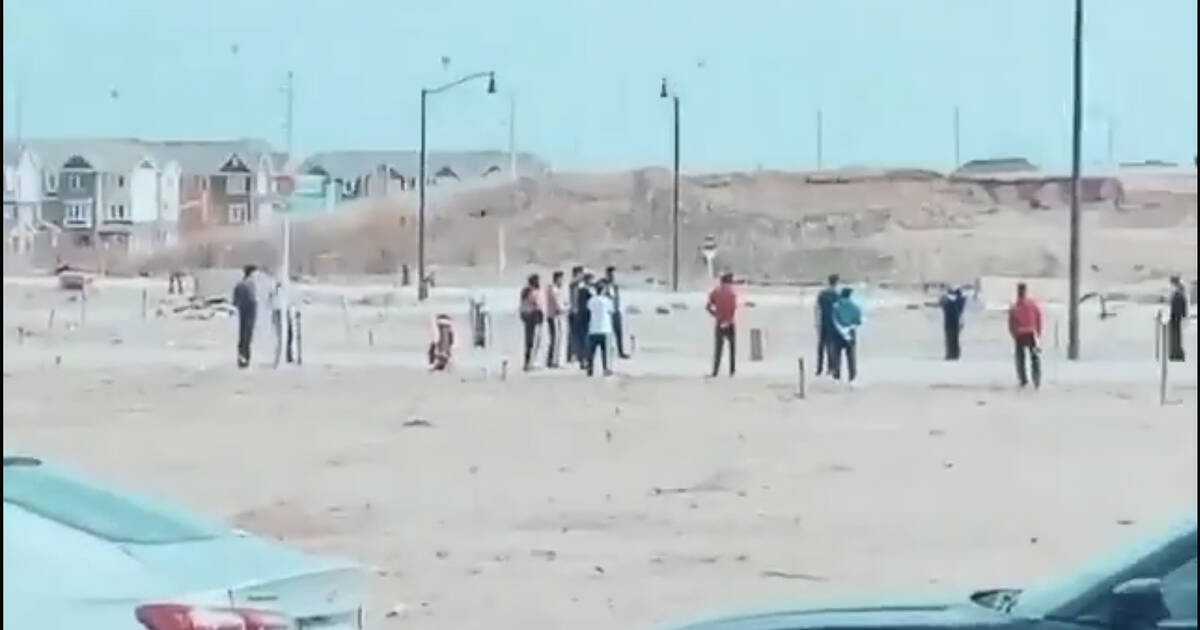 While people in downtown Toronto are being charged for violating social distancing bylaws by doing things like sitting on park benches and hanging out within two metres of friends they don't live with in public spaces, residents of Brampton have been getting in trouble for some much more flagrant offences.

At the beginning of the month, police busted up a backyard party of 20 people on the very same day the City of Brampton warned residents that they would face steep sanctions for not abiding by the rules.

Brampton officers went on to issue 35 tickets and 116 warnings at five separate house parties, a soccer game and various other gatherings that took place within just one week up to April 16 — including two full-0n cricket matches, for which 18 people were fined $880 each.

"This is not a time to have a house party," Brampton Mayor Patrick Brown said about the spate of incidents at a press conference. "And individuals who are foolish enough and reckless enough to host a house party during a pandemic are now facing various fines."

Just two days after Brown's statements, a group of six Brampton men — none of whom live together — were caught having a little pizza party in a parked vehicle. They were, like the cricketers, each handed an $880 ticket, given that gatherings of more than five people have been prohibited in Ontario for nearly a month.

Penalties for such infractions can be as high as $100,000 under the Ontario Emergency Management and Civil Protection Act, with both the province and the City of Brampton currently in declared states of emergency.

Residents of Brampton and Toronto are encouraged to call 311 if they witness anyone flouting social distancing and other directives enacted due to the pandemic, which have proven to include anything from doing some solo chin-ups on park equipment to throwing a casual 20-person party as if we aren't trying to curb the spread of a fatal infectious disease.

by Becky Robertson via blogTO
Posted by Arun Augustin at 2:05 PM