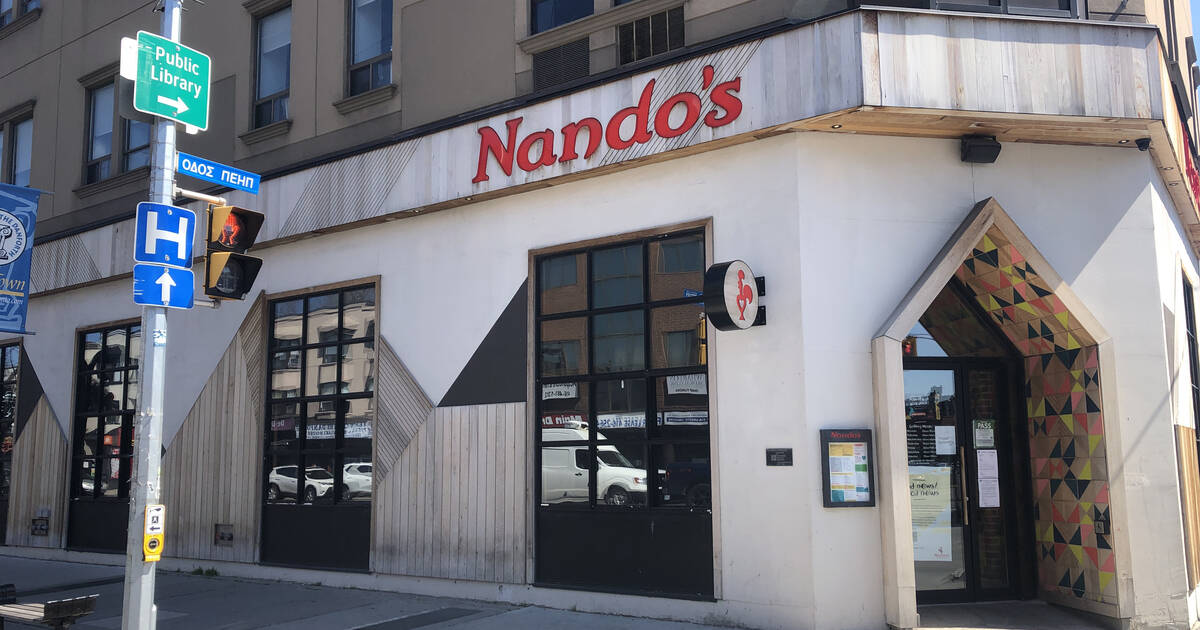 Last Wednesday, Toronto-Danforth MPP Rick Tabuns shared with his constituents a photo of a "notice of landlord's possession" sign on the front door of a Nando's peri peri chicken restaurant in his ward.

The Nando's at 671 Danforth Avenue had closed its dining room down in March under government orders, just like every other restaurant in the province, but as of April 19 it no longer appeared to be in business at all.

"Nando's Peri Peri restaurant at Pape and Danforth taken by landlord. Another business closes," wrote Tabuns on Twitter at the time. "[Premier Doug Ford] needs to step up — a 4 month moratorium on commercial evictions and rent subsidy grants, not loans."

The assertion that the restaurant had been "taken" by its landlord was backed up by three different pieces of paper posted to the restaurant's door, one of them stating that the South Africa-based fast casual brand owed $23,154.30 in arrears to the building's landlord, another one stating that the unit's locks had been changed "to deny access due to your failure to pay rent."

Realtor Sari Samarah of Value Insight Realty Inc. says that the unnamed landlord, referred to in the default notice document only as 671 Danforth Avenue Inc., received a hefty amount of backlash from members of the community in light of the tweet, the signs on their door and our story about both.

Samarah says there's another side to the story: A side that involves Nando's initiating the break-off of their lease and walking away voluntarily.

"Nando's mailed the keys back to the landlord and provided their written termination, and the landlord took the necessary legal steps to secure the premises," said Samarah to blogTO on Wednesday.

"There is a duty for the landlord to give the tenant an opportunity to rescind their repudiation of the lease. The only way to do that is to ask for rent to be paid or propose a plan. They confirmed they wish to walk away."

Samarah provided a photo showing another letter as proof, one that was not visible in the restaurant's storefront when Tabuns or I visited the location last Wednesday afternoon.

This letter appears to show Nando's North America CEO John Fisher writing that "the unfortunate decision has been made to cease operations of the Nando's at your property on or before April 13, 2020.

"Please understand that we are very disappointed to be in this position and we do not take this situation lightly, but due to serious distress of our corporate performance, turbulence in the marketplace and in light of the ongoing COVID-19 health crisis, we are no longer able to sustain business at this location at this time."

Samarah says that this letter was posted in the window when he visited the location last week, which may have been true — it's in the exact same spot as an "outstanding rent" letter from Spectrum Property Management.

The letter from Fisher (as well as the original "notice of landlord's possession" document) is taped inside the window, while Spectrum's was taped onto the window from outside as of last Wednesday. 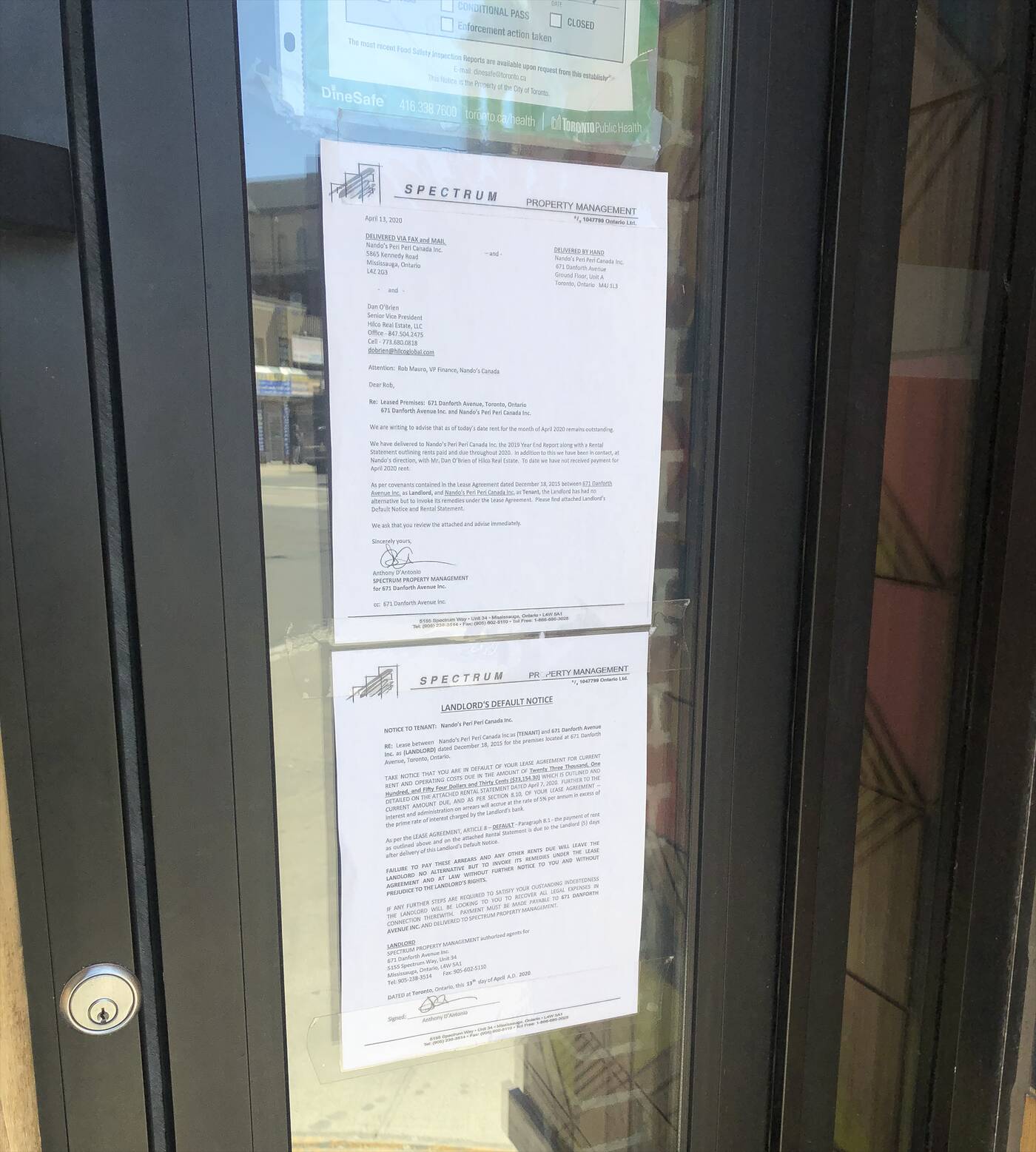 When asked about the closure last week, Nando's said in a statement only that the company had made the difficult decision to close some of our restaurants temporarily" and that they were "currently in negotiations with our landlords during this difficult time."

According to Samarah, the landlord in question did not kick the chicken restaurant out, despite what the smattering of possession notices and a statement of arrears posted to the door suggest. In fact, he says they've "provided rent relief arrangements for their other tenants who have requested it."

"For Nando's, it was more that the COVID-19 crisis accelerated the challenges the tenant was already facing," he said. "The landlord would have definitely preferred to keep the tenant."

by Lauren O'Neil via blogTO
Posted by Arun Augustin at 1:25 PM