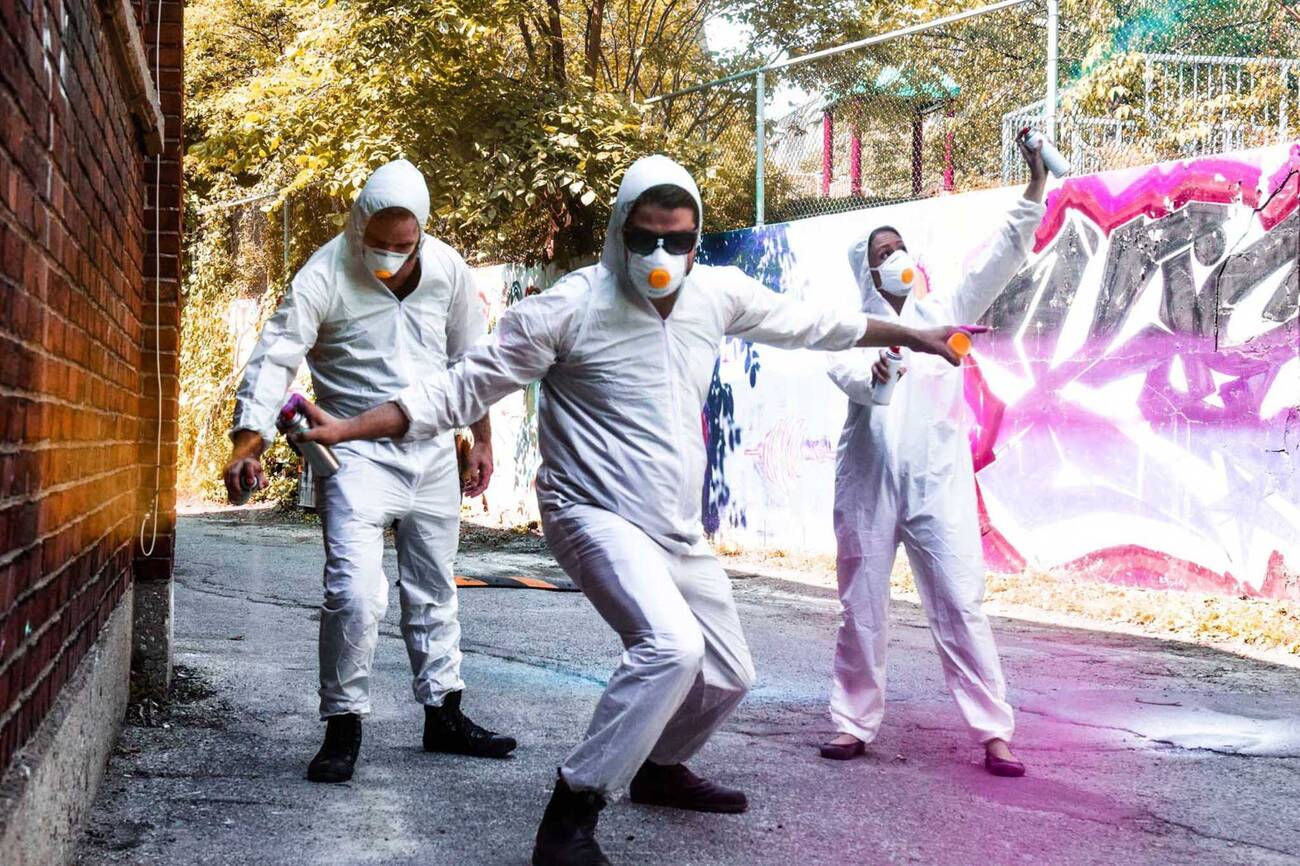 Hump Days are what you make of them and events in Toronto today include an art house film festival, good tunes, a play inspired by street artist Banksy and a lot of comedy done a few different ways.

Perfect Blue (September 26 @ Revue Cinema)
Director Satoshi Kon's classic anime cult thriller Perfect Blue tells the story of a rising pop singer who quits the biz, only to have things turn gruesome.
Locate S,1 (September 26 @ The Baby G)
Fun and poppy electro surf tunes are on with Locate S,1 who takes on big themes of girl power and societal exceptions with an upbeat vibe.
Slaughter Beach, Dog (September 26 @ Hard Luck Bar)
Chill out to the simple sounds of this indie band from Philly that's led by the vocals of Jake Ewald from Modern Baseball.
I'm Nervous (September 26 @ The Great Hall)
Comedian Robby Hoffman takes the stage to explore different aspects of queer identity that touch on her ex-Chasidic background.
#MeToo and the Arts (September 26 @ Royal Ontario Museum)
The debate around art during the time of #MeToo and the gender and power dynamics at play gets explored by leaders from the community.
Beware of the Dog (September 26 @ Bad Dog Comedy Theatre)
Issues of trust, caution and danger get a comedic treatment in this show born out of ideas pulled from neuroscience and behavioural podcasts.
The Surreal Life (September 26 @ 187 Augusta)
Local comedians gather in a former art gallery to tell jokes and make a stand that comedy is a part of the art world.
Confessions of the Fox Book Launch (September 26 @ Another Story Book Shop)
Jordy Rosenberg reads from his book that tells the story of love set in 18th century London and its queer subcultures, sex and sexuality.
Toronto Arthouse Film Festival (September 26-28 @ Fox Theatre)
Bold, different and inspiring: some of the best indie flicks from 2018 are screening for free, including Three Identical Strangers and McQueen.
Becoming Banksy (September 26 - October 14 @ The Redwood)
When a tourist is mistaken for the anonymous artist Banksy, hilarity ensures during this show that's been getting plenty of buzz.

by Lisa Power via blogTO
Posted by Arun Augustin at 6:14 AM