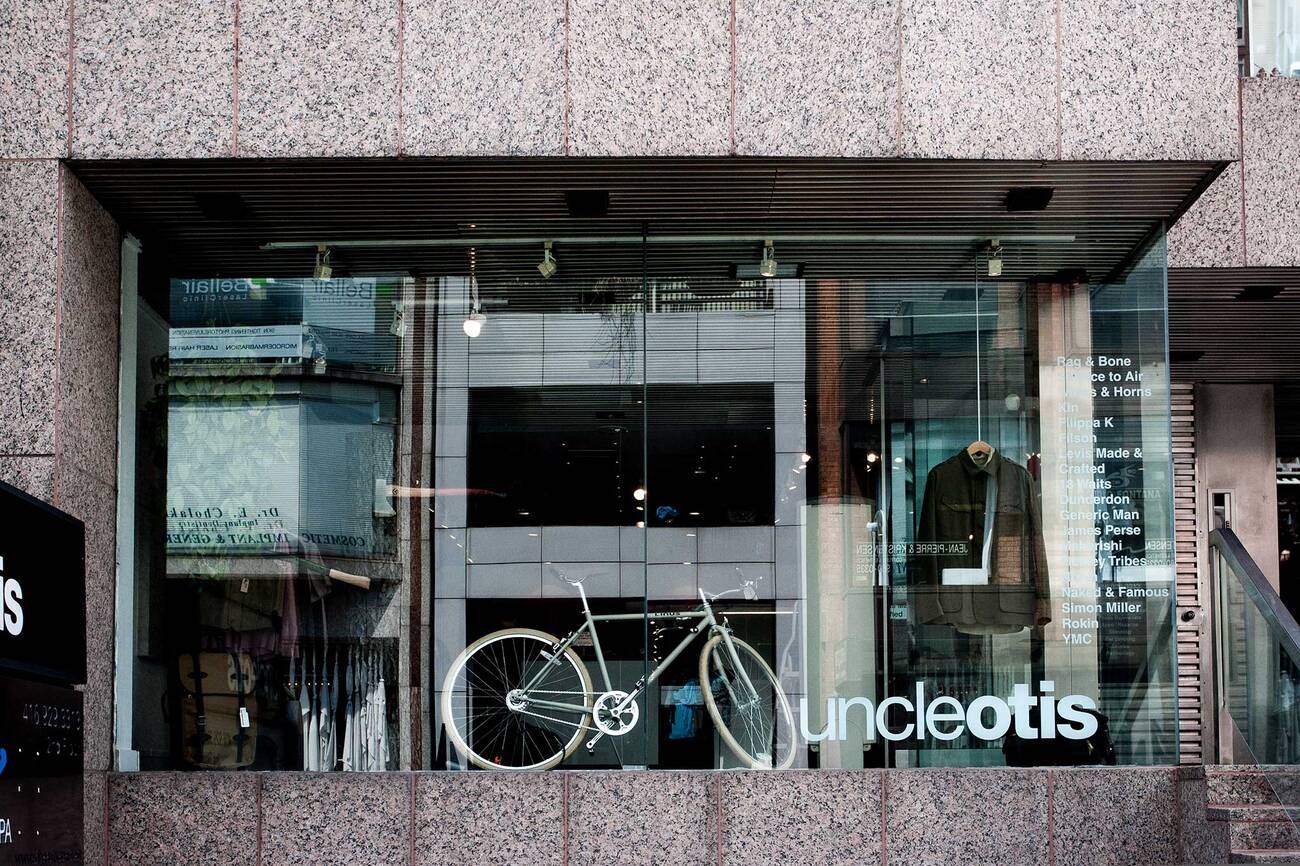 After 27 years, menswear fixture Uncle Otis is leaving its home in the ultra expensive Yorkville area for one of the least shi-shi neighbourhoods in the city: Chinatown.

The contemporary men's clothing store, which was opened in 1991 by keyboardist Roger O'Donnell of British band The Cure and has been under the direction Donnell Enns since 2000, will be closing its longtime shop at 26 Bellair St. at the end of this month.

"Yorkville has been very good to us, but we’re really excited about our move to Spadina and the opportunity it brings," said Enns. "The new location has a fresh energy in an area filled with young, creative people."

The brand will be bringing their own designs and international streetwear collections to 329 Spadina Ave., which recently housed Bond Running.

Roughly 700 square-feet larger than the old location, the store known for its stock of high-end cozy chore coats and stylish accessories joins Stussy as yet another well-known streetwear shop to relocate to this historically dense area of stores and restaurants.

The new Uncle Otis will be open to the public on October 4.

by Tanya Mok via blogTO
Posted by Arun Augustin at 5:54 PM