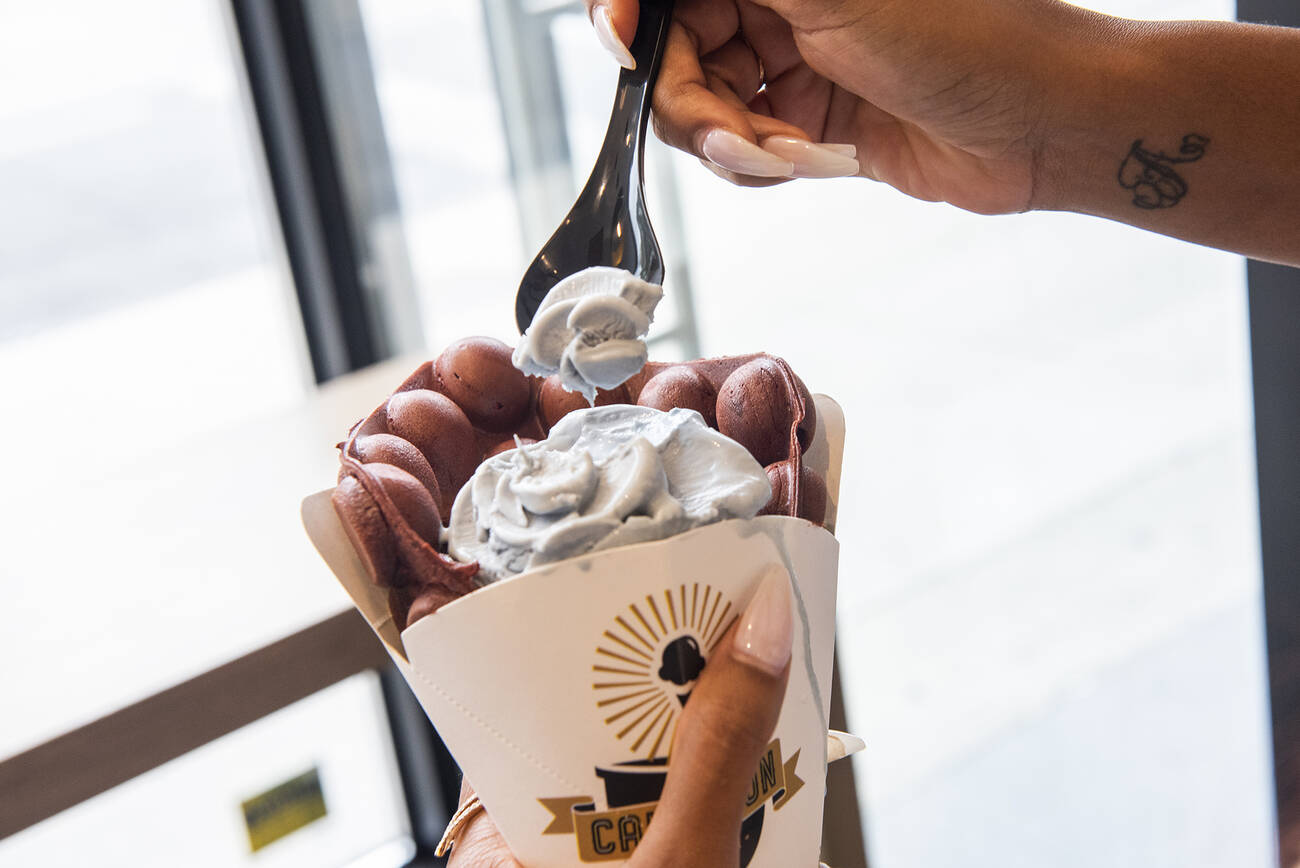 Food events in Toronto this week are all about the steins, schnitzel and sauerkraut as Oktoberfest is on all over the city. You can pick yourself up free ice cream, pizza and mini pies and there's two food truck festivals to check out.

Bevy 0040 (September 28 @ Brunswick Bierworks)
The Society of Beer Drinking Ladies is throwing a big patio party with local, national and international brewers, food and an all-women makers' market.
Oktoberfest at the Gladstone (September 28 @ Gladstone Hotel)
The Gladstone is transforming into an old-fashioned German beer hall to celebrate Oktoberfest with a ton of beer, food and lederhosen.
Bandit Oktoberfest (September 28 @ Bandit Brewery)
Oktoberfest celebrations are on in a huge brewery reminiscent of the beer halls of the old country with food, music and tons of German hops on tap.
The Pancakes and Booze Art Show (September 28 @ The Opera House)
Art, body painting, music, booze and a whole ton of pancakes are on at this big party featuring signature cocktails and unlimited fluff cakes.
Food Truck'N Friday (September 28 @ LCBO)
A gathering of the food trucks is on in partnership with the LCBO for an evening of food and drink from Spring Loaded, Kitchen Empire and many more.
Taste of Jane and Finch (September 29 @ Greenwin Inc.)
New this year is a big street festival at Jane and Finch featuring a day of food trucks, offering treats from all over the world, performance and activities.
Witchstock (September 29 @ Bellwoods Brewery)
Bellwoods Brewery welcomes brewers from as far away as Belgium to this beer festival featuring food, merch and unlimited tasting samples.
Oktoberfest (September 29 @ Toronto Blue Danube)
No need to travel to Munich to get in on the Oktoberfestivities as the Blue Danube Club is serving up Bavarian food alongside German dance and beer.
Relish (September 29-30 @ Cloverdale Mall)
Food trucks from all over the city arrive to serve up a range of goodies like arias, funnel cakes, seafood, jerk chicken and lots more.
Oktoberfest (September 29 - October 15 @ Bier Markt)
Bier Markt is keeping the Oktoberfest celebrations going, beginning with a kick off party, live music, traditional Bavarian fare and lots of steins on tap.
Oktoberfist (September 29 @ Shacklands Brewing)
Celebrate Oktoberfest the way it was meant: with wresting! Drinks, hot dogs and more are all on at this all-ages wrestling extravaganza.
Cauldron Ice Cream Grand Opening (September 30 @ Cauldron Ice Cream)
Flowered ice cream is a big thing right now, and Cauldron has the Insta-worthy beauties ready upon their arrival in Toronto this weekend, plus a free ice cream give-away.
Oktoberfest Pig Roast (September 30 @ Earlscourt BBQ)
An all-you-can-eat pig roast is on in celebration of the old country, served up alongside German-themed sides and drinks.
Toronto Chocolate Festival (October 1-30 @ Omni King Edward Hotel)
Chocoholics everywhere can get their fill at this month-long festival with a variety of events like high tea, relay and a chocolate-infused dinner.
Free Pizza at Pi Co (October 2 @ Pi Co)
Pick yourself up a free, Neapolitan-style pie at Pi Co's new location on Spadina anytime between noon to 3:14 p.m.
Brickworks Cidermaker Dinner (October 3 @ Brickworks Ciderhouse)
The inaugural Cidermaker Dinner kicks off with a cider-centric dinner, specially paired with house-made ciders; all made with sustainable products.
Parmy/Parma (October 3 @ Hemingway's)
All things Aussie is on at this pub night with authentic treats reminiscent of Austria, including parmies, chips and Coopers Sparkling Ale.
Beethankful (October 4 @ Honey Bees Pie Shop)
Honey Bees pie shop arrives in Toronto for a one-day only free, mini-pie pop-up courtesy of The Rolling Pin.
Harry’s Charbroiled Birthday Party (October 4 @ Harry’s Charbroiled)
Harry’s Charbroiled is celebrating fifty, glorious years of grillin' with a raffle to win free burgers and all proceeds going to charity.
Brewer's Backyard (October 8 @ Evergreen Brickworks)
Brewer's Backyard is back with an all-day food and drink festival in the style of Oktoberfest aptly named Torontoberfest.
Vegan Oktoberfest Market (October 14 @ The Great Hall)
For all the vegans who love a good Oktoberfesting, this market is jam-packed with vegan goodies in the style of traditional German treats.
Friendsgiving (October 24 @ Eastbound Brewing Company)
Feastbound returns with a four course Thanksgiving feast featuring seasonal ingredients and beers, treats and vegetarian options.

by Lisa Power via blogTO
Posted by Arun Augustin at 5:40 AM