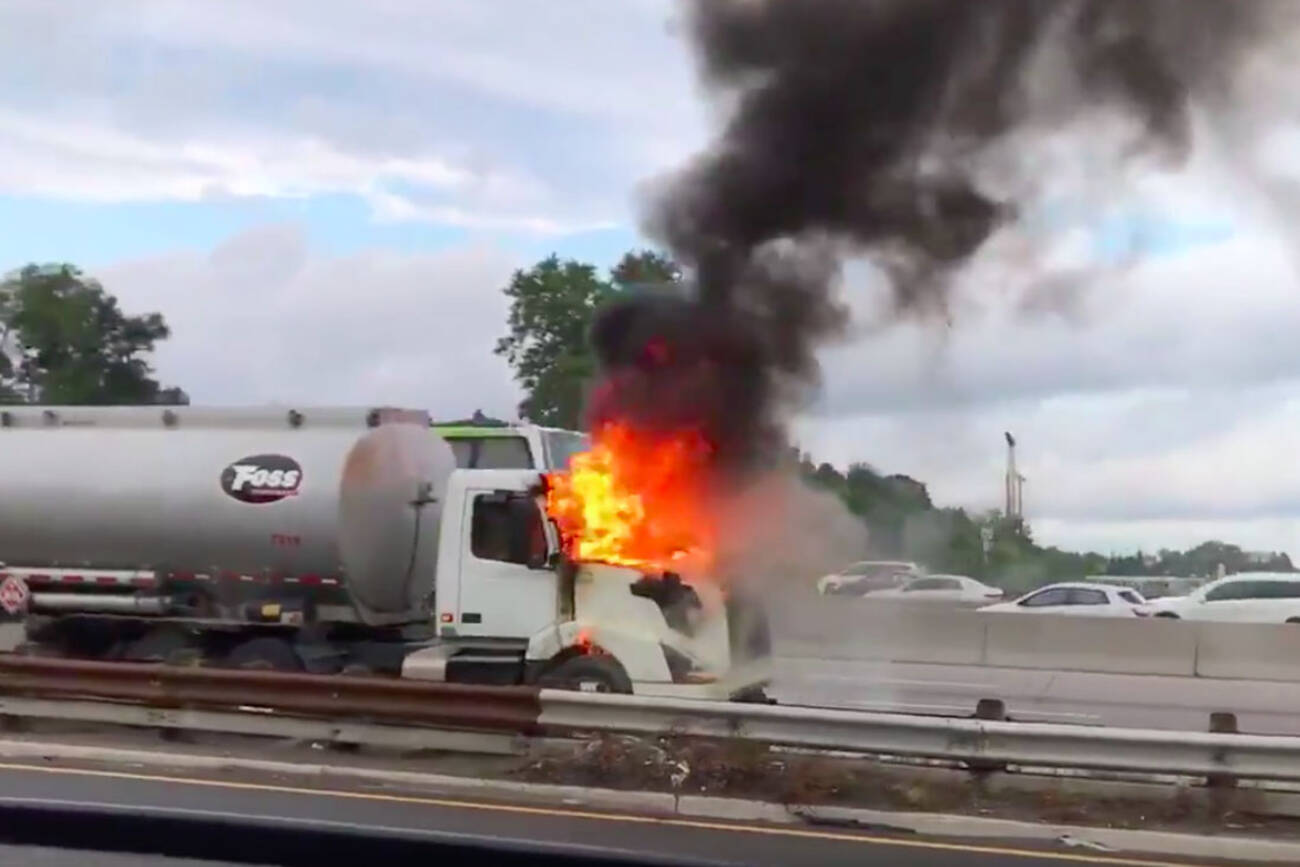 A transport truck carrying two tanks of fuel burst into flames on the 401 near Leslie Wednesday morning, halting all eastbound traffic right in the middle of rush hour.

Toronto Police say that a fire broke out in the truck’s cab around 8:30 a.m. for reasons that are still unknown. By the time  emergency crews arrived to the scene, the cab was "fully engulfed" in flames.

Commuters were stuck in traffic for about an hour before police partially reopened some eastbound express and collector lanes on Highway 401 - but it could have been much, much worse.

On Hwy 401 watching a tanker truck burn and all my fellow drivers walking around. Wish I brought a ball we could throw around. It’s going to be awhile. pic.twitter.com/yAJc6uxtwn

Video footage shared by drivers on Twitter  shows what could have turned into an explosive situation, had firefighters not acted so fast.

Police say that no fuel was spilled in the incident, and, miraculously, no injuries have been reported.

The eastbound 401 is still partially closed at Bayview while OPP officers remain on scene, so avoid the area if you’re in a hurry.