Toronto's most unusual car is all about the glitter 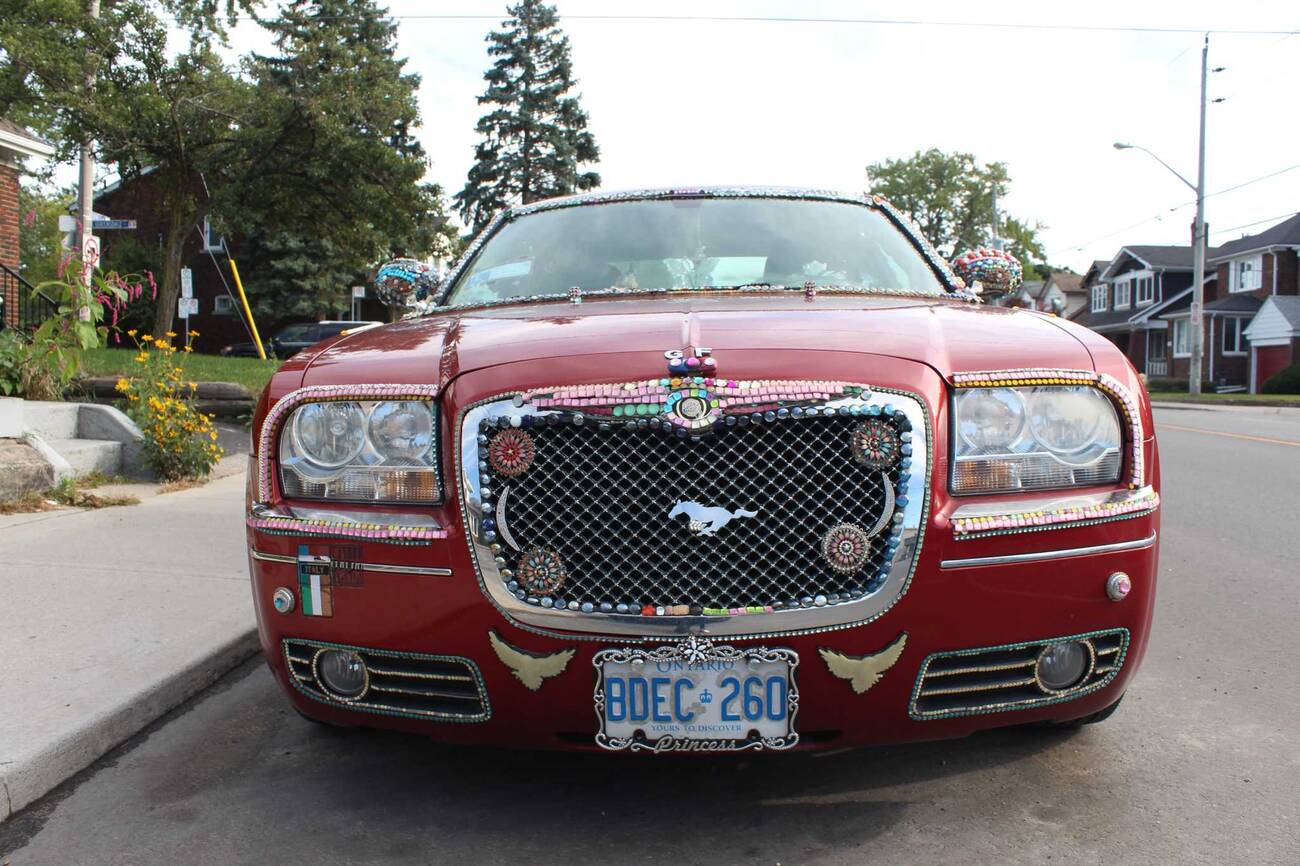 You're driving south on Coxwell, past the Michael Garron Hospital, and suddenly you see it—a glimpse of something shiny on the side of the road.

Like a magpie, you swerve to the patch of houses on the east side of the street. Is it a disco ball, a giant Christmas ornament? 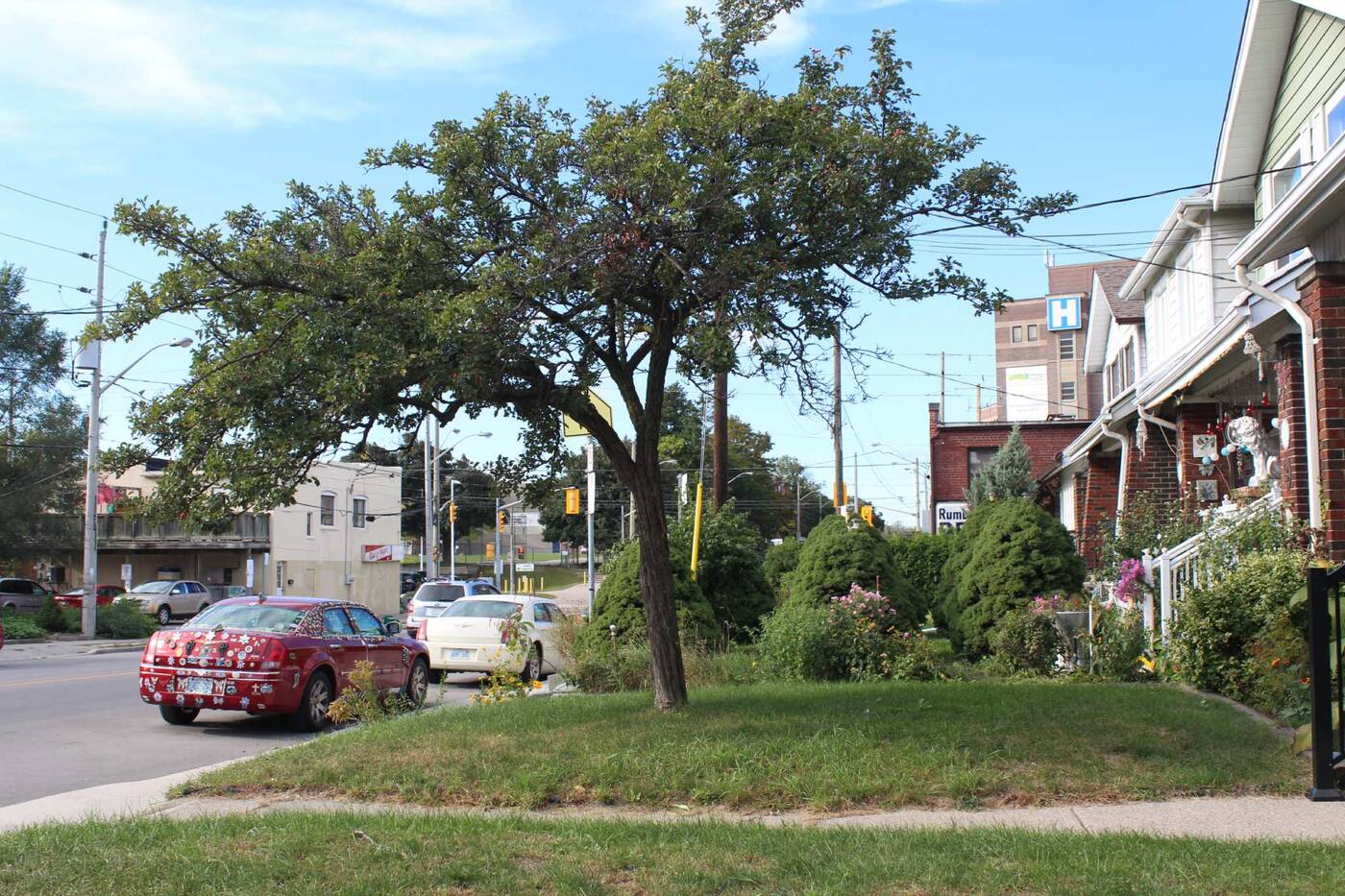 The bedazzled car sits outside its home at 813 Coxwell Ave.

Nay, it's a red Chrysler Sport 300, bedazzled with an assortment of jewels and acrylic gems, and a couple of misleading Mustang emblems for good measure. 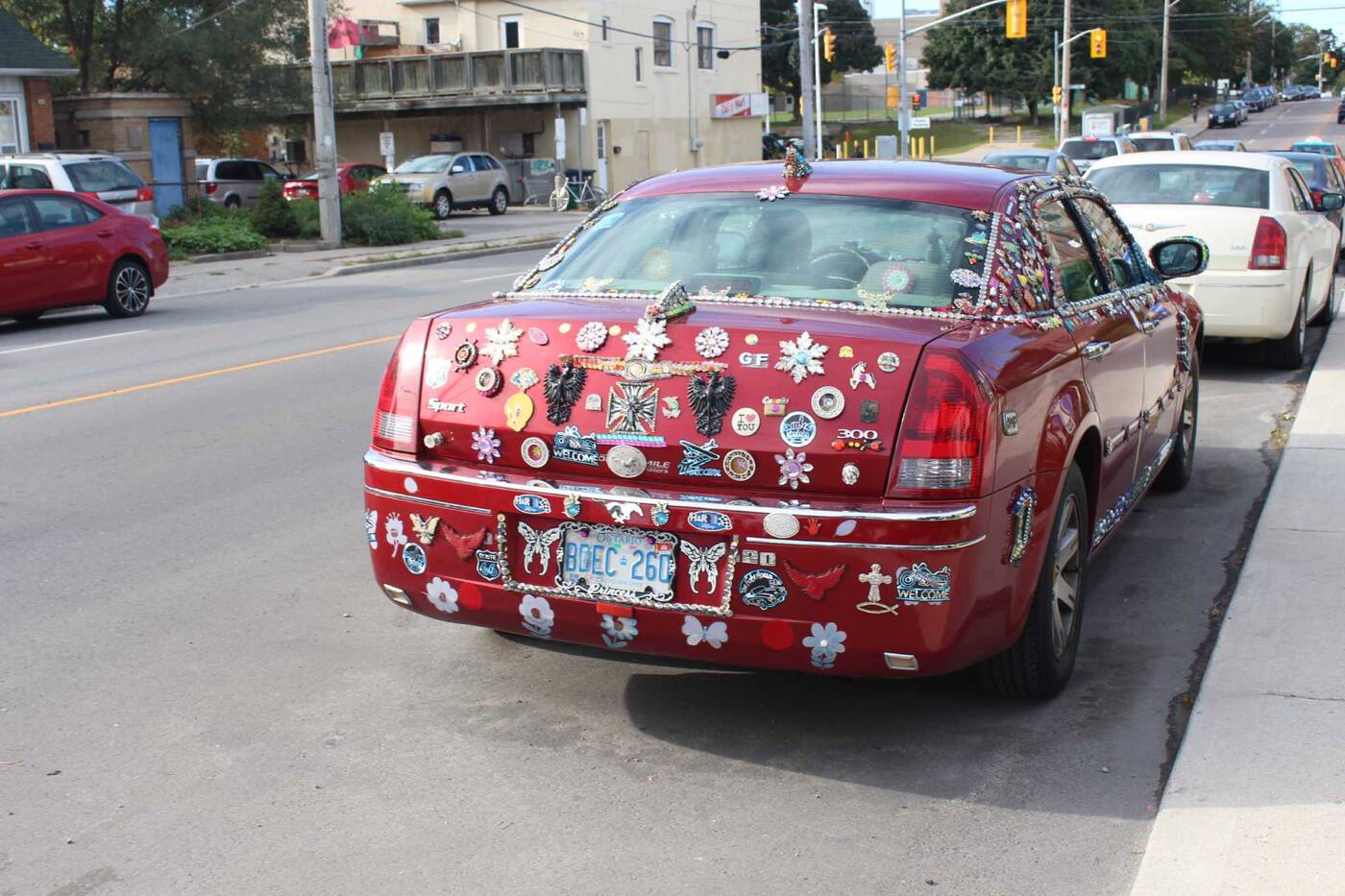 The Chrysler Sport 300 is covered with all sorts of ornaments and jewels.

For years, this car has been a staple feature of the stretch just south of Sammon Avenue. Sitting in the street parking outside of 813 Coxwell, a home equally adorned with its share of glittering ornaments, the car has become a mascot of sorts for this small residential strip. 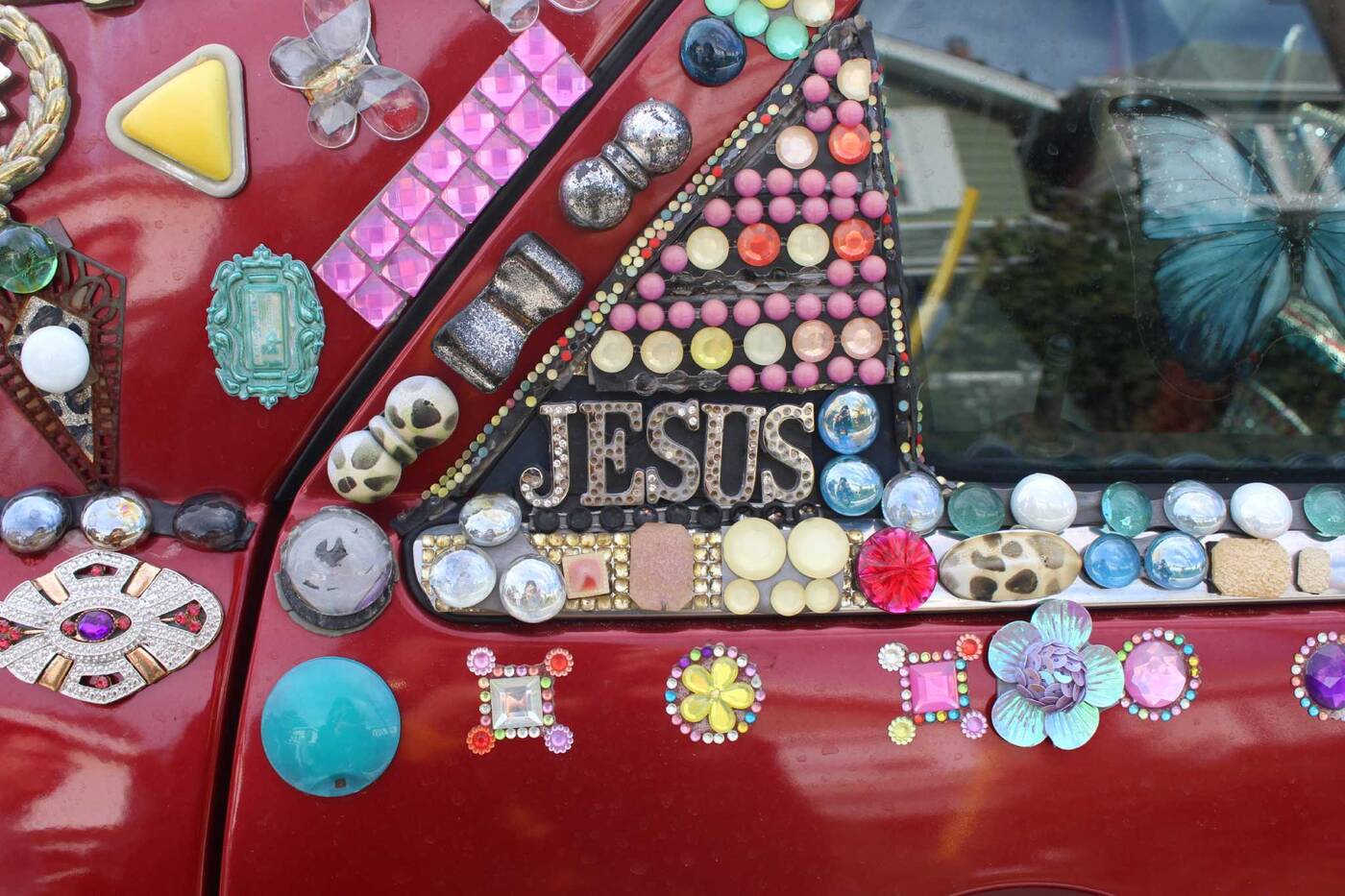 The car is owned by Frank Georgio, who immigrated to Toronto from Naples when he was 21 years-old.

Frank Georgio never intended for the car to become the centre of attraction, but these days he uses the frequent interactions with strangers, who'll often stop by to admire and compliment glittering vehicle, to preach the word of God.

Almost every day, Georgio sticks a new piece of jewelery on top of his car, or in the interior, with a piece of double-sided tape. 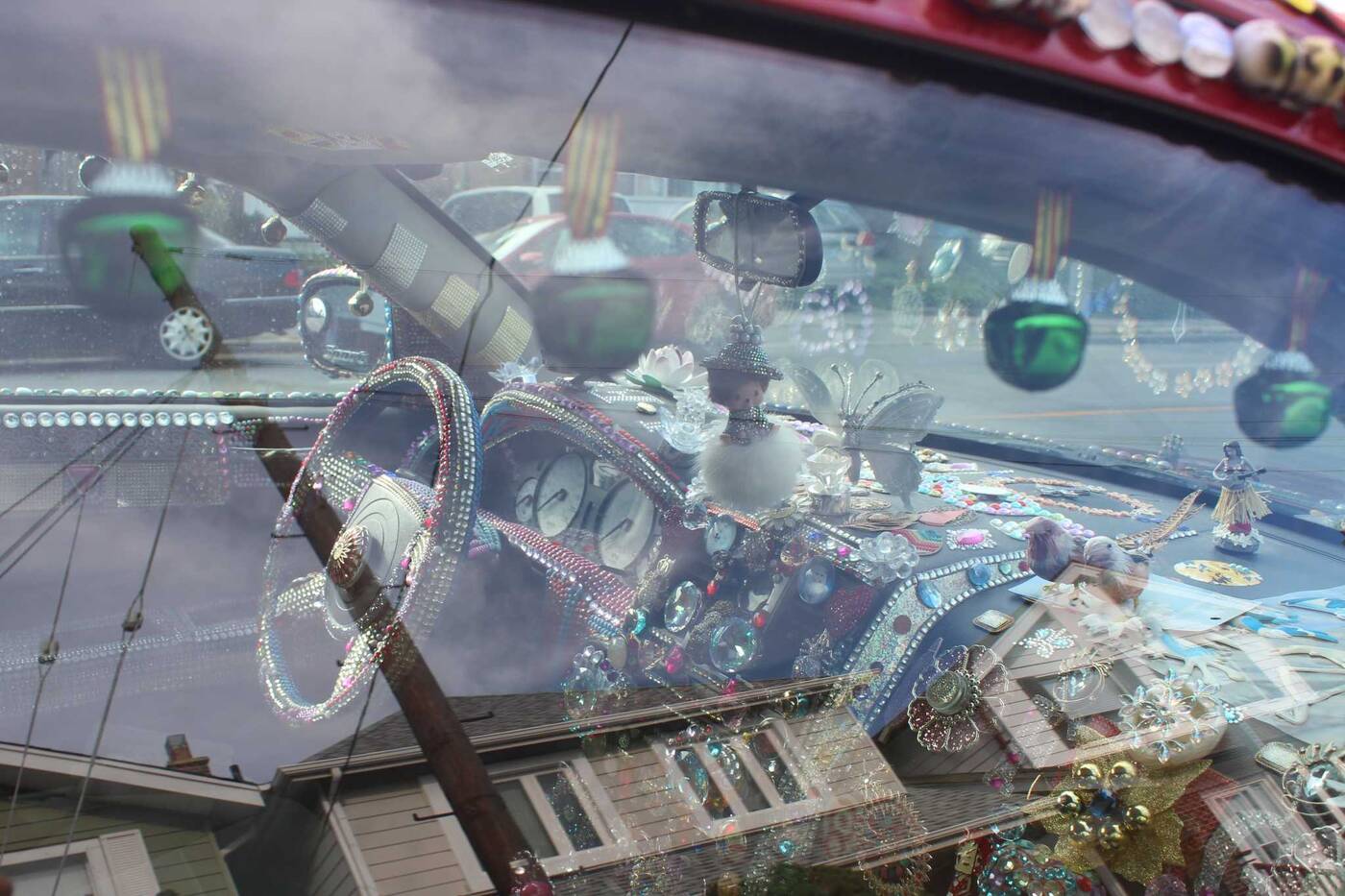 The entire dashboard, steering wheels, and parts of the back seat are decorated as well.

Sometime he'll stop by the Dollar Store to pick up some new shiny thing, other days he'll go to more expensive specialty shops to pick up all sorts of pearly orbs and strappy studs. More often than not he'll just remove a piece he's bored with and replace it with a new acquirement.

Now 81 years-old, Georgio moved to Toronto from Naples when he was 21. After he met his wife, he converted from Roman Catholicism to Christianity. 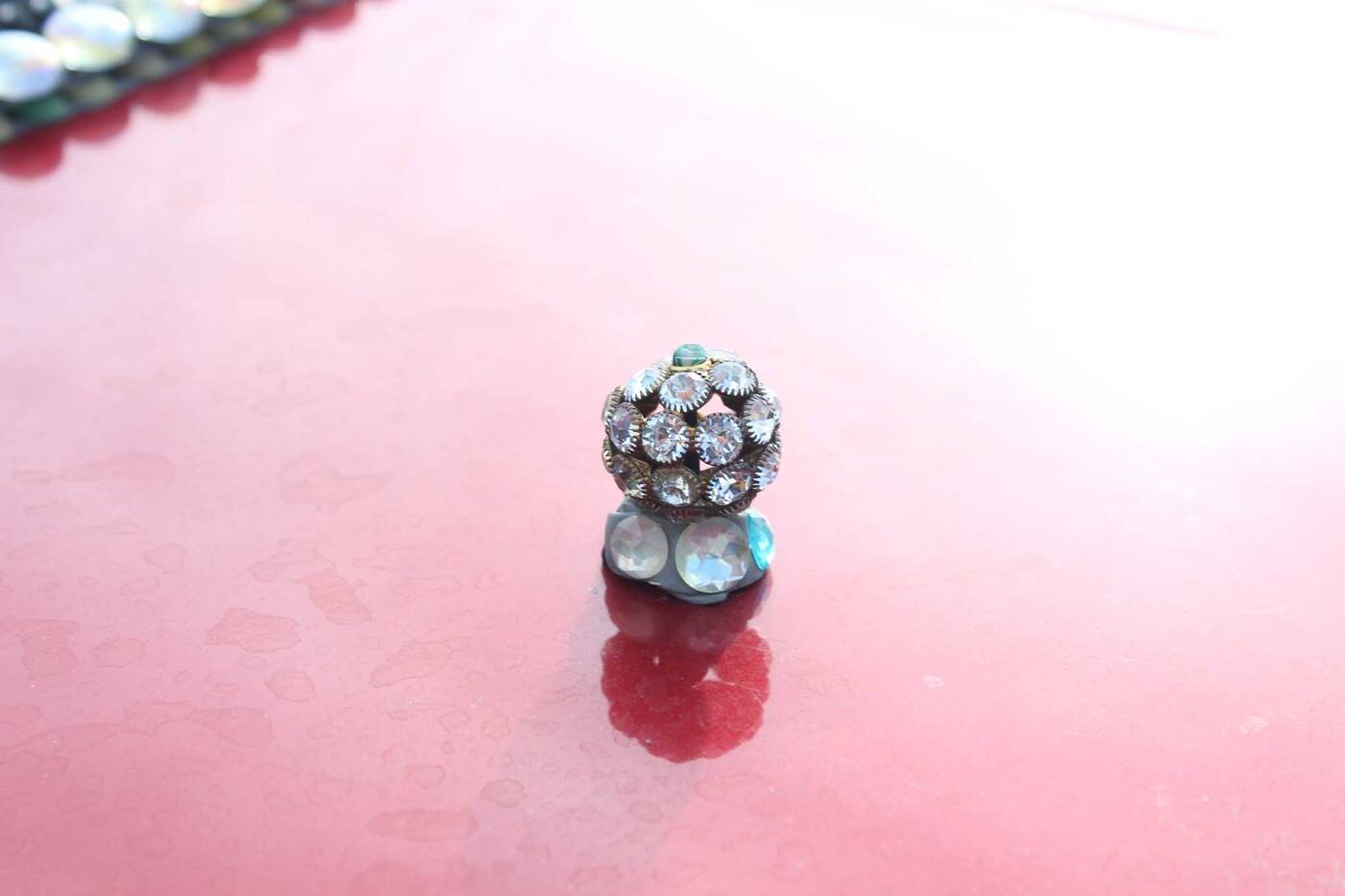 He says with all the bad things happening in the world—and more close to home, the Danforth shooting—people need God more than ever.

As we chat, a young man and woman stop by to admire the car.

"Every time I walk by this car, I smile," says the man to Georgio, who smiles back, turning to look at his prized chariot with pride. 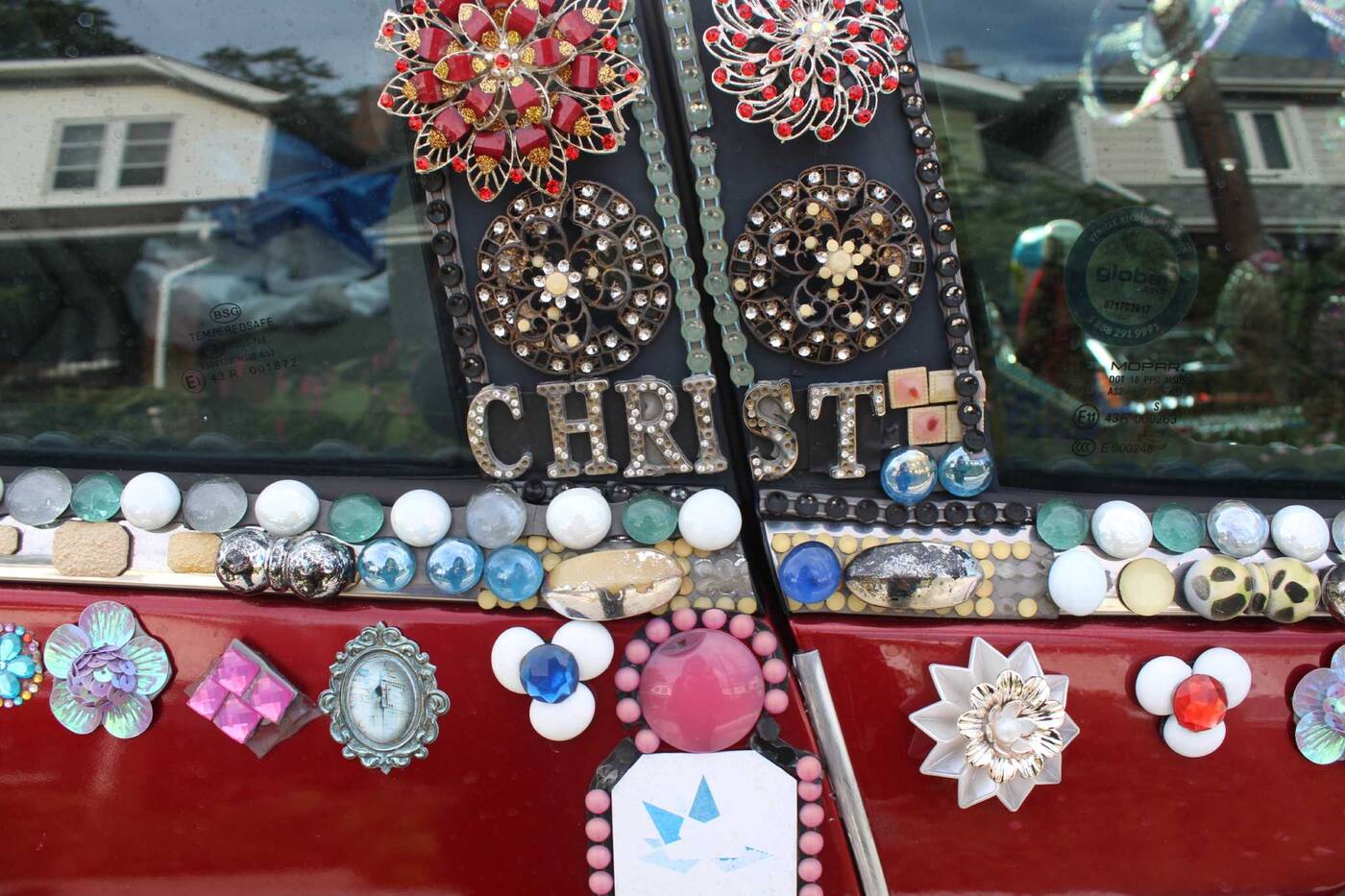 by Tanya Mok via blogTO
Posted by Arun Augustin at 9:32 AM