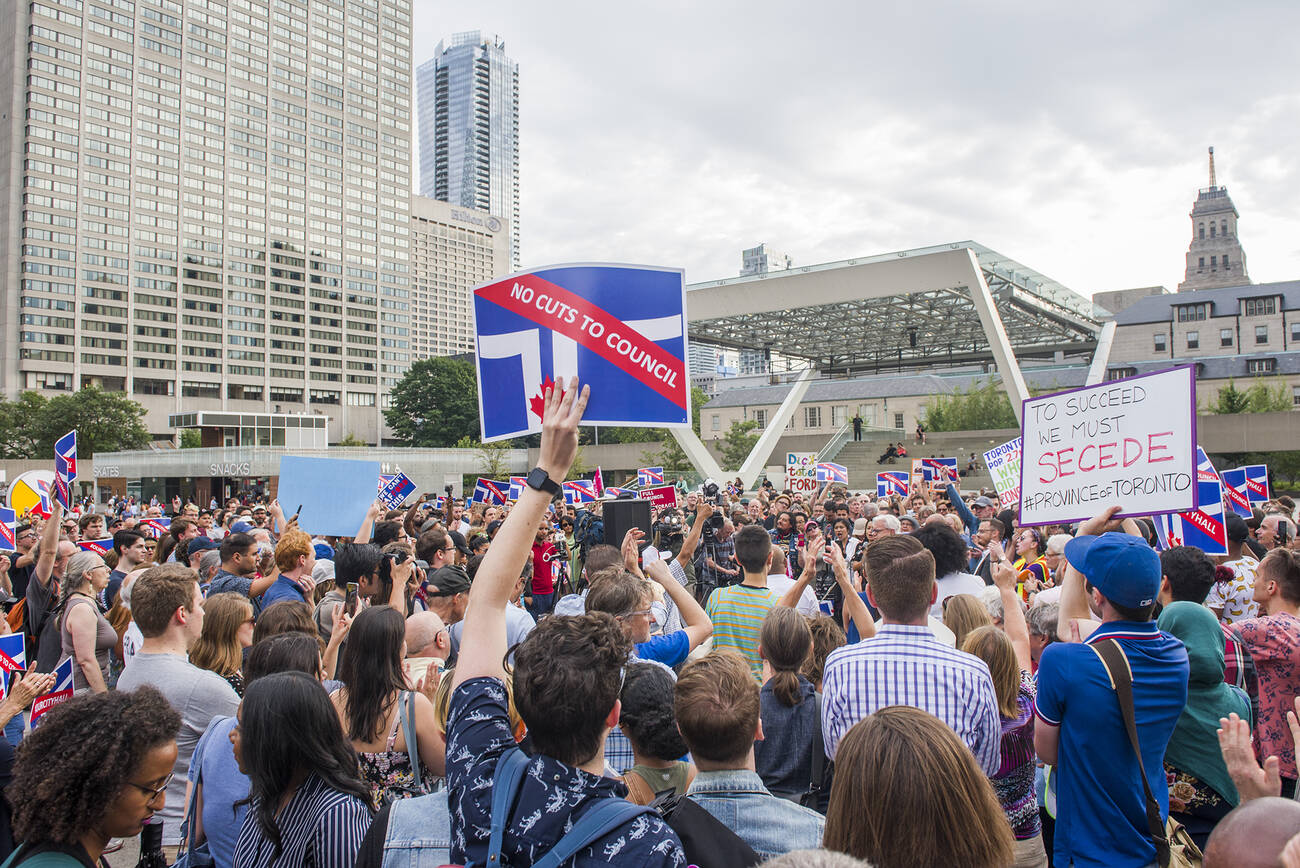 Another day, another protest against the provincial government.

Earlier in the month, Doug Ford's PC government announced it would put in place new laws to protect free speech on university and college campuses. What this means, is that racist, sexist, homophobic, and other marginalizing statements will no longer be banned or punished on campuses.

Some students and other residents are concerned that this will prevent protests against hate speech or guest speakers that have ties to white supremacy and other prejudiced hate groups.

Just so I am clear @fordnation, are you currently demonstrating how you expect colleges and universities to protect free speech on campus?#onpoli #topoli #Bill5 https://t.co/6Rhw2tECZq

According to Ford, universities that do not comply with adopting a free speech policy will no longer receive provincial funding. Furthermore, students who do not comply may be expelled or punished in other ways.

As a result, a rally at Ryerson University has been planned to oppose the policy.

Organizers said in the Facebook event page that the policy is Ford's way to "pay back the far right and social conservatives who helped him win the PC leadership race."Many have pointed out that Ford is a bit of a hypocrite, perhaps, for forcing this free speech policy while attempting to use the notwithstanding clause to eliminate half of Toronto's city council.

@fordnation : Universities must bring in crass free speech laws.
Also Doug Ford: Let's use the notwithstanding clause to violate freedom of expression#onpoli

The organizers have acknowledged this argument, and say that "what he really wants is to silence dissent and promote the reactionary right."

The rally is planned for October 18 on Ryerson's campus, and includes a petition.

by Staff via blogTO
Posted by Arun Augustin at 1:25 PM