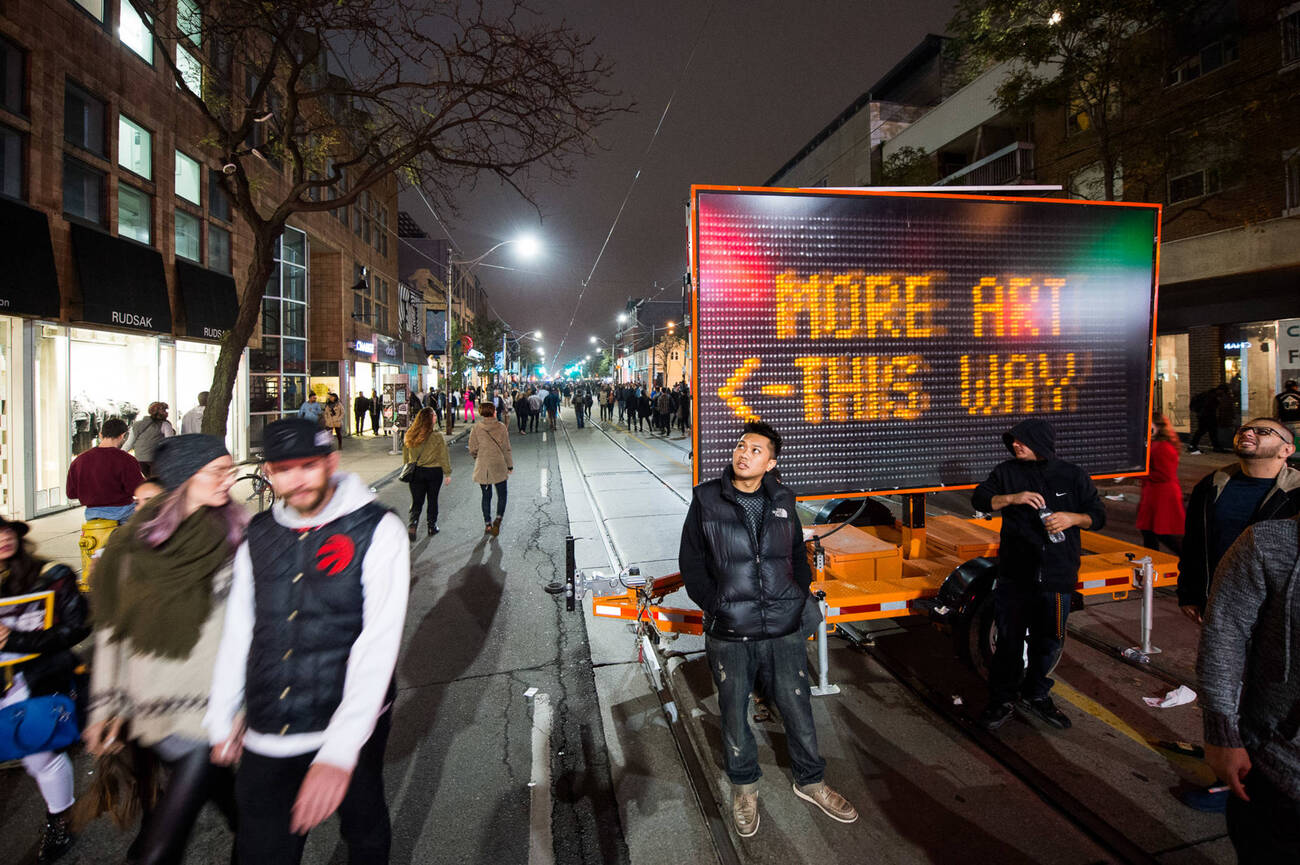 Road closures will be happening all across Toronto this weekend on account of events like Nuit Blanche and Pedestrian Sundays. On the bright side, at least there's no TTC subway closure.

Here's what you need to know to get around the city by car this weekend.

A series of significant road closures will take place this weekend on account of the all night art event.

The curb lane and sidewalk fronting the St. Lawrence Centre for the Arts at 27 Front St. E. will be closed September 30 from noon to 9 p.m. for the festival.

CIBC Run for the Cure

There will be a series of road closures and lane restrictions in the area bounded by University Ave./Queen's Park Circle to the east, Bloor St. West to the north, St. George St. to the west and Queen St. West to the south on September 30 from 7 a.m. to 1 p.m. for this running event.

As a result, some TTC routes will detour during these closures including 5 Avenue Road, 94 Wellesley, 505 Dundas, 506 Carlton and 300 Bloor-Danforth.

Parts of Kensington Ave., Augusta Ave., Baldwin St. and St. Andrew St. will be closed on September 30 from noon to 10:30 p.m. for the car-free event in Kensington Market.

The northbound lanes of Queen's Park Cres. East from College St. to Grosvenor St. will also be closed on September 30 from 12:30 to 3 p.m.

The curb lane on York St. will be restricted from Wellington St. West to Queen St. West from September 30 to October 1 at various times from 6:30 a.m. to 10 p.m. daily for the event.

by Jaclyn Skrobacky via blogTO
Posted by Arun Augustin at 10:09 AM