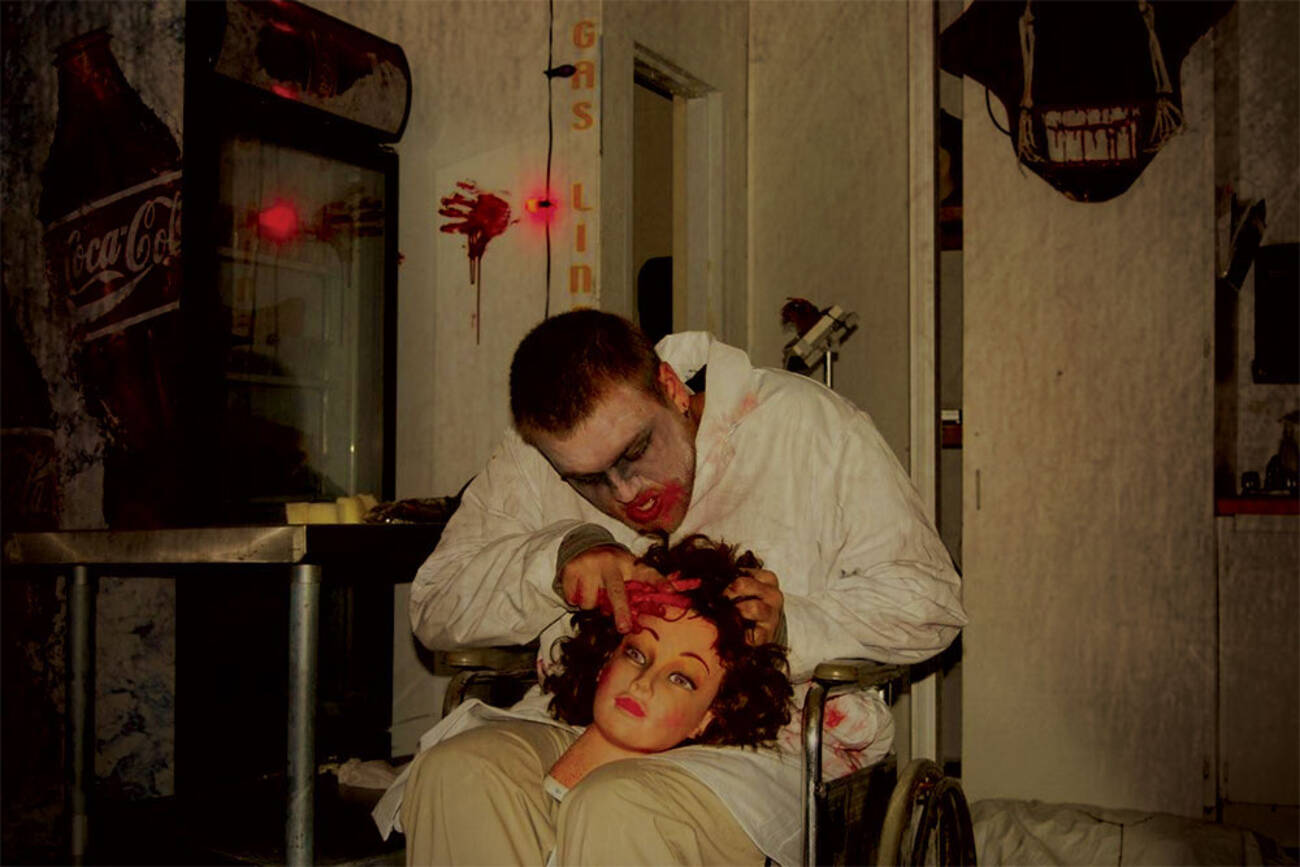 Looking for something scarier to visit than a haunted house this Halloween season? Something more akin to The Human Centipede than, say, The Shining?

Today in "places you couldn't even pay me to visit," a twisted, medical experiment-themed haunt attraction is set to open this weekend just west of Toronto — one that makes maniacs with chainsaws look like sweet, tender angels of mercy.

Bingemans' Screampark in Kitchener, Ontario, announced the horrifying concept earlier this week ahead of its 13th season, along with some new rules.

"No taking breaks. No picking and choosing what haunts you want. No skipping a room that particularly terrifies you," reads a press release. "Once you set foot in The Waiting Room, you are now part of The Experiment and will have endure nine horrifying testing sites." 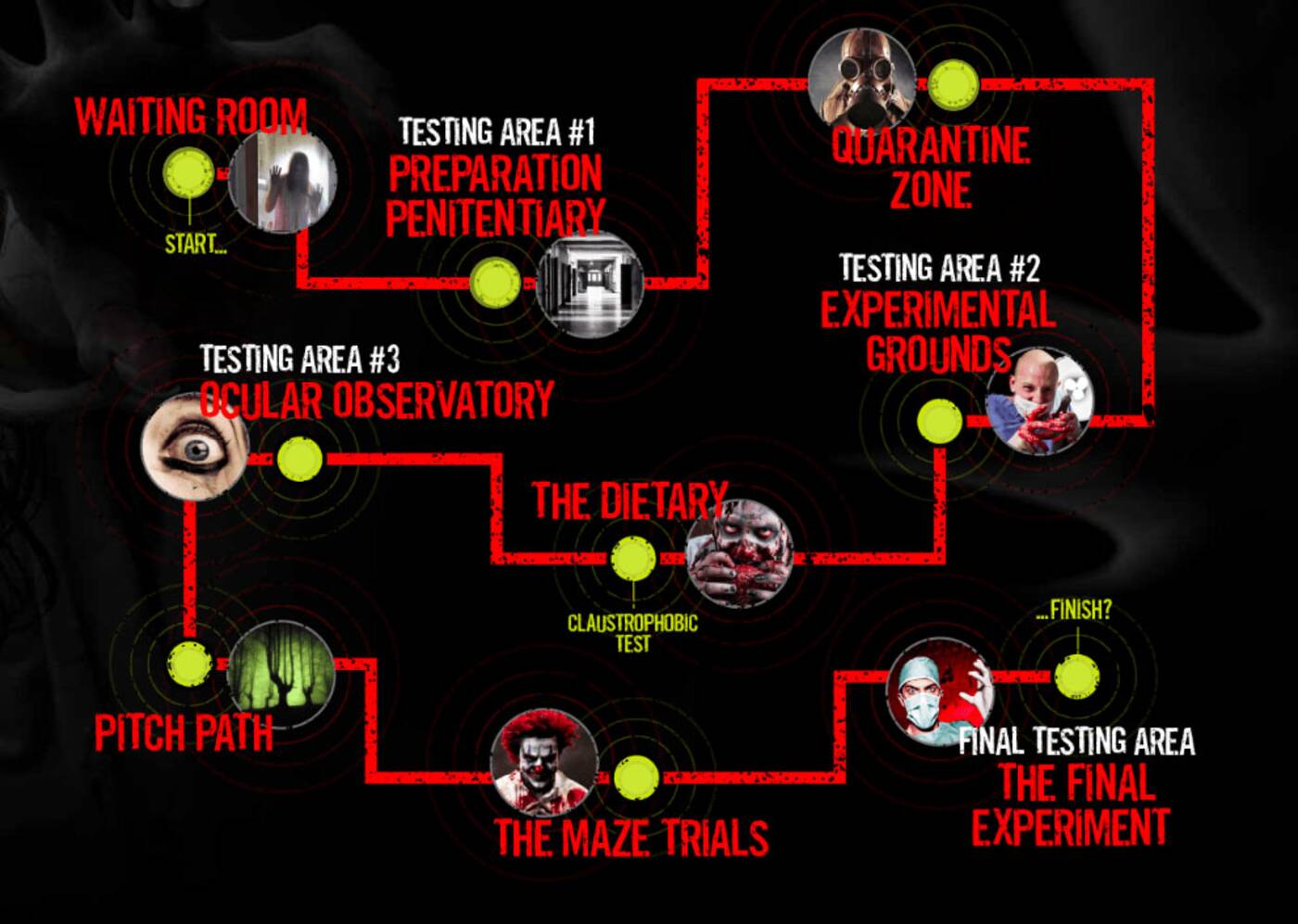 From start to finish, guests will be treated as subjects in a series of wild and twisted experiments at Bingemans' Screampark this year. Screenshot of bingemans.com.

The new format, a first for Bingemans, makes it rather unsuitable for people who are prone to chickening out halfway through haunted houses.

Guests get only one chance this year to make it from start to finish without fainting or curling up into a ball and crying until a nice lady takes their hand to lead them outside.

"We have always said Screampark is not for those without the wherewithal to endure a little fright," says Bingeman's president says Mark Bingeman. "If you don't sleep for weeks afterwards, that's not our fault. We warned you."

ONLY 6 DAYS UNTIL SCREAMPARK! Our examiners are waiting for you 😈😈 You can buy tickets online now at https://t.co/h7J8uVKAEP. #Bingemans #Screampark pic.twitter.com/AlF43ksezg

A website for the attraction explains that, upon entrance, you will become one of the experiment's subjects. "Psychotic examiners" with curious, corrupted minds will "exploit you at every turn," from the waiting room to the final test area. Spooky witches and ghosts, they are not.

One zone, called The Dietary, sounds particularly gruesome (and cannibalistic). Here, you will have the option to experience being buried alive. You can also buy alcoholic beverages, which might help alleviate some of the anxiety related to the aforementioned.

The experience doesn't sound like something for the faint of heart, to put it mildly.

If, like me, watching even just the trailer for any body horror film makes you want to throw up and hide forever... enter at your own risk.

by Lauren O'Neil via blogTO
Posted by Arun Augustin at 10:50 AM