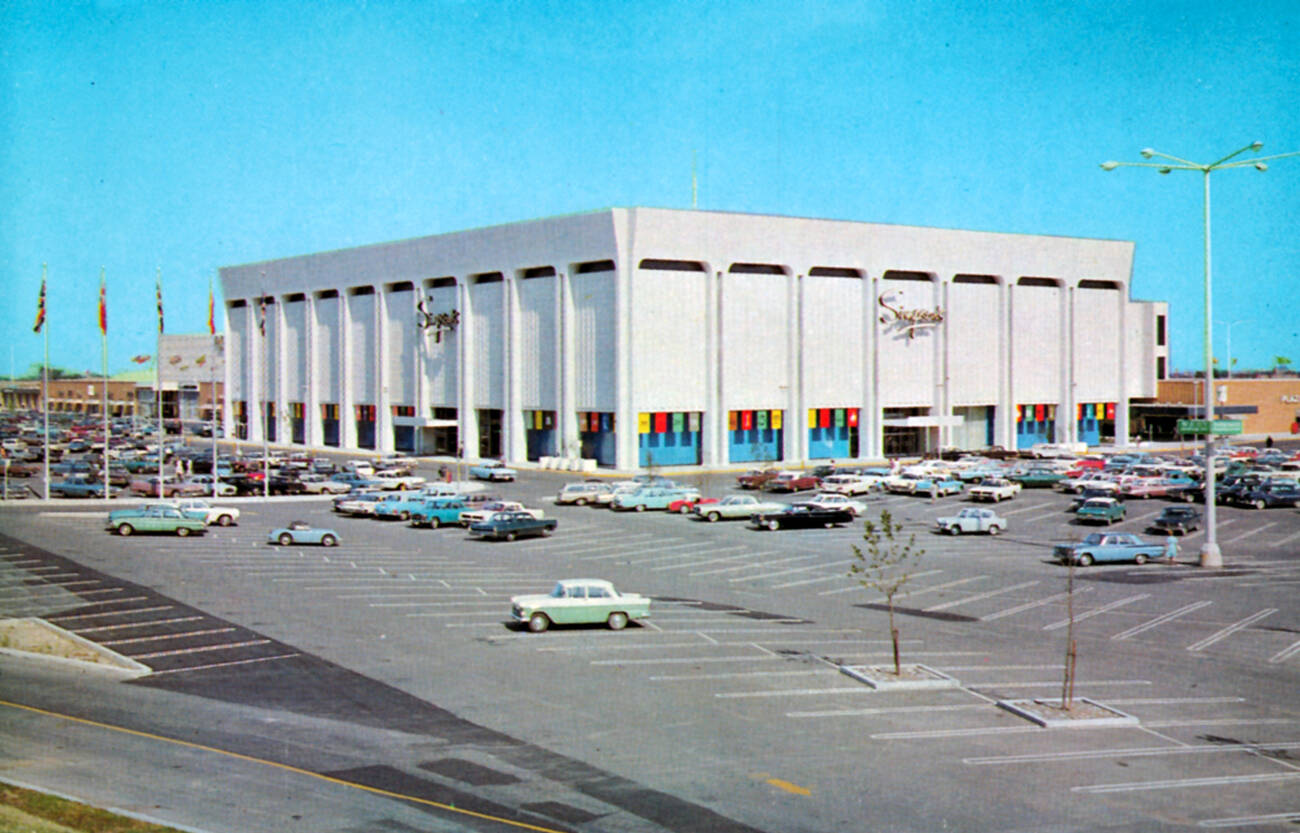 It's hard to believe how much Yorkdale Shopping Centre has changed since it opened in 1964. One of Toronto's first major suburban retail destinations and the biggest mall in Canada at the time, it was anchored by Eaton's and Simpson's department stores, a combination that was unprecedented at the time.

The mall's origins can be traced back to the Timothy Eaton Company, who first acquired a 99-acre site at Dufferin and the 401. When Simpson's bought adjacent land, the concept of the mall was born and work began to connect these two giants with other retail that would attract customers accustomed to shopping downtown.

In some sense, Yorkdale changed the shape of the city. While the rise of the suburban shopping centre was happening elsewhere in Toronto (and all across North America), none proved so successful as this one, which encouraged more developments of this kind in other parts of the suburbs.

Car culture was at its peak when Yorkdale took shape, and the mall's location is indebted to its proximity to both the 401 and Allen Rd. The latter was originally planned as the Spadina Expressway, a highway that would link the 401 with downtown Toronto.

While community activists successfully halted its southward extension, Yorkdale waited to open until the portion that exists today was complete. It made no sense to open until cars could access the mall with complete ease. The subway would come almost a decade and a half later.

They don't build shopping centres quite like this anymore. Upon opening, Yorkdale boasted a grocery store, a buffet restaurant, a two-screen movie theatre, and duelling department stores. It was a place where you could do all of your shopping. The lure of driving to the suburbs was that everything was in once place.

Since the 1990s, it's become progressively more upscale, now attracting high end fashion and jewellery brands like Tiffany's and Burberry.

Its current anchor tenants are Nordstrom and Holt Renfrew, the latter of which partially occupies the space where the old Dominion grocery store once was. It's a bigger, flashier space, but from the start is was designed to be the ultimate retail destination.

Behold, what Yorkdale Shopping Centre looked like when it was born. 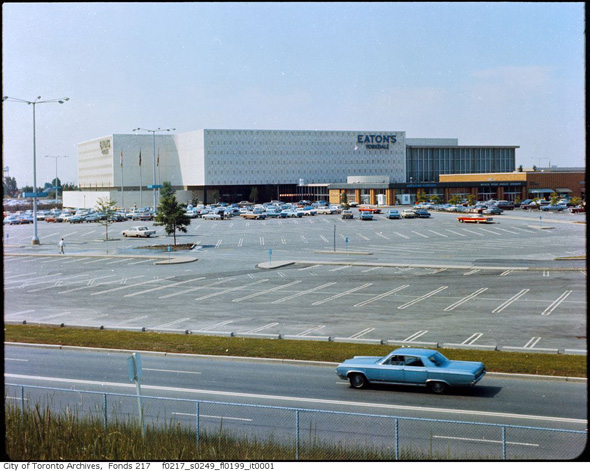 No problems finding a parking spot back in Yorkdale's early days. Photo via the Toronto Archives. 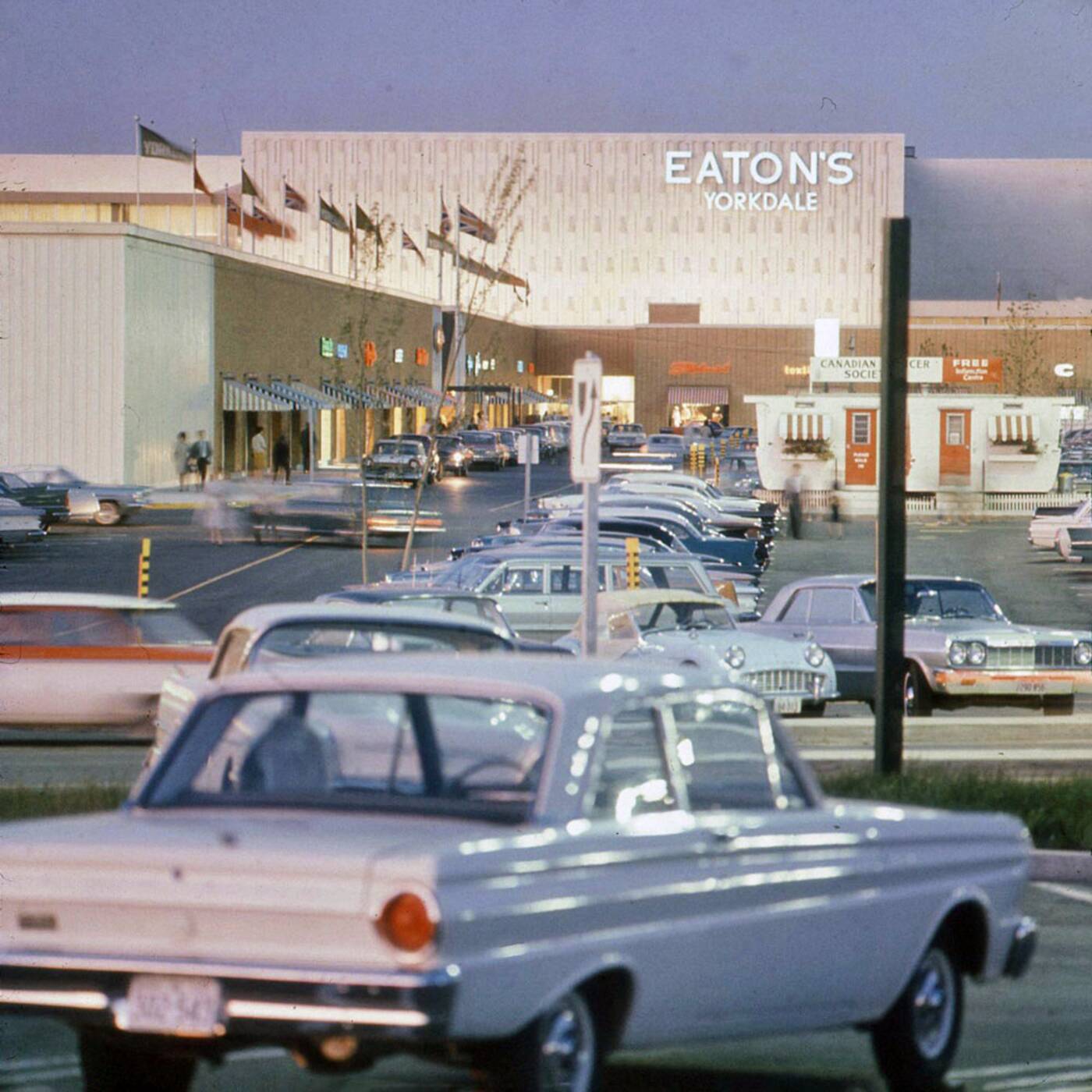 That said, it was still a pretty hopping place as far as suburban destinations went. Photo courtesy of Yorkdale Shopping Centre. 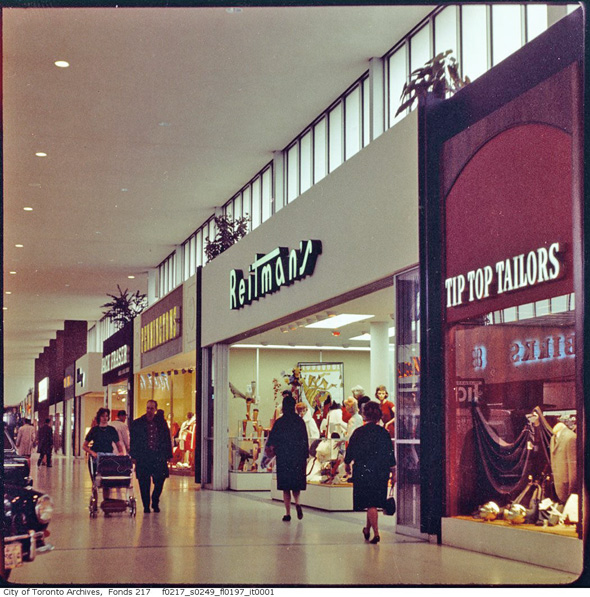 Some sections of the mall still look remarkably similar to the original layout, even as the retailers have mostly changed. Photo via the Toronto Archives. 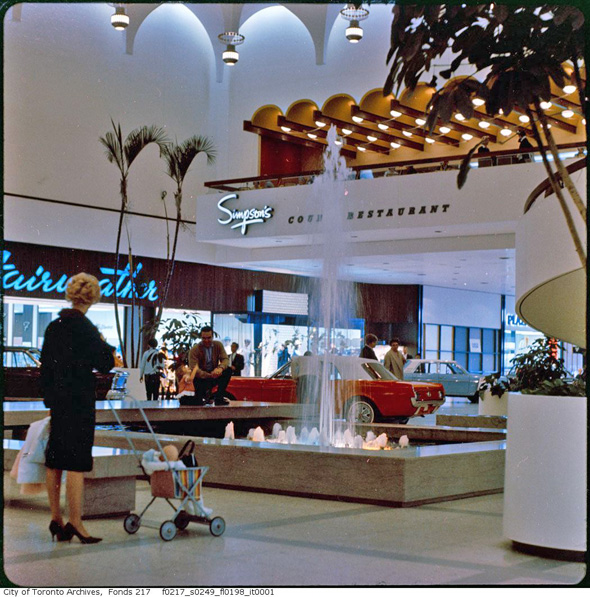 Outside the Simpson's Court Restaurant with car display and fountain. Photo via the Toronto Archives. 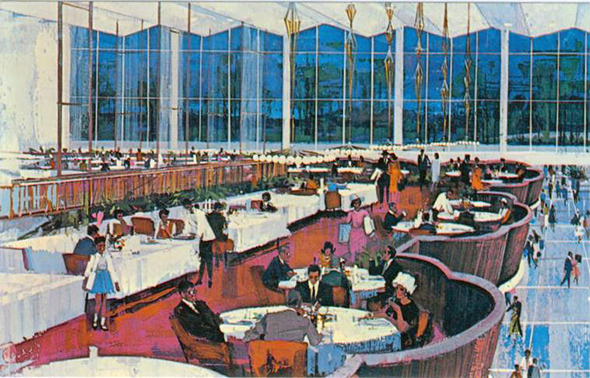 Rendering of the Vista Restaurant at Eaton's. Photo via Chuckman's Nostalgia. 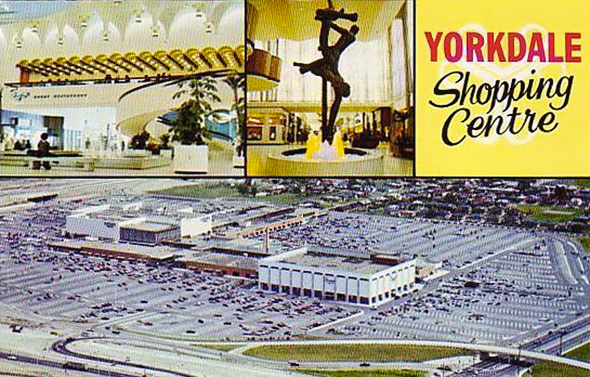 Postcard for Yorkdale Shopping Centre in the in the early 1970s. 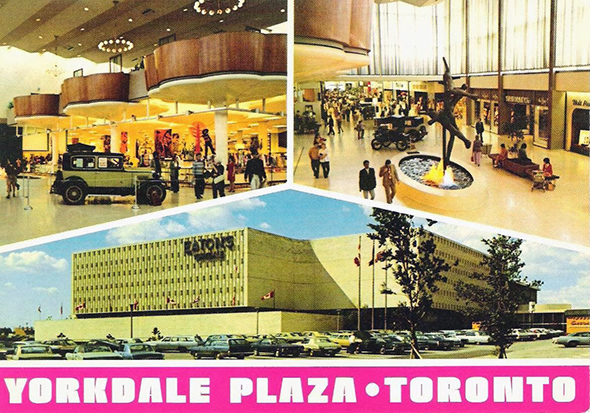 Some colour views of the Vista Restaurant and area surrounding Eaton's thanks to an early postcard. 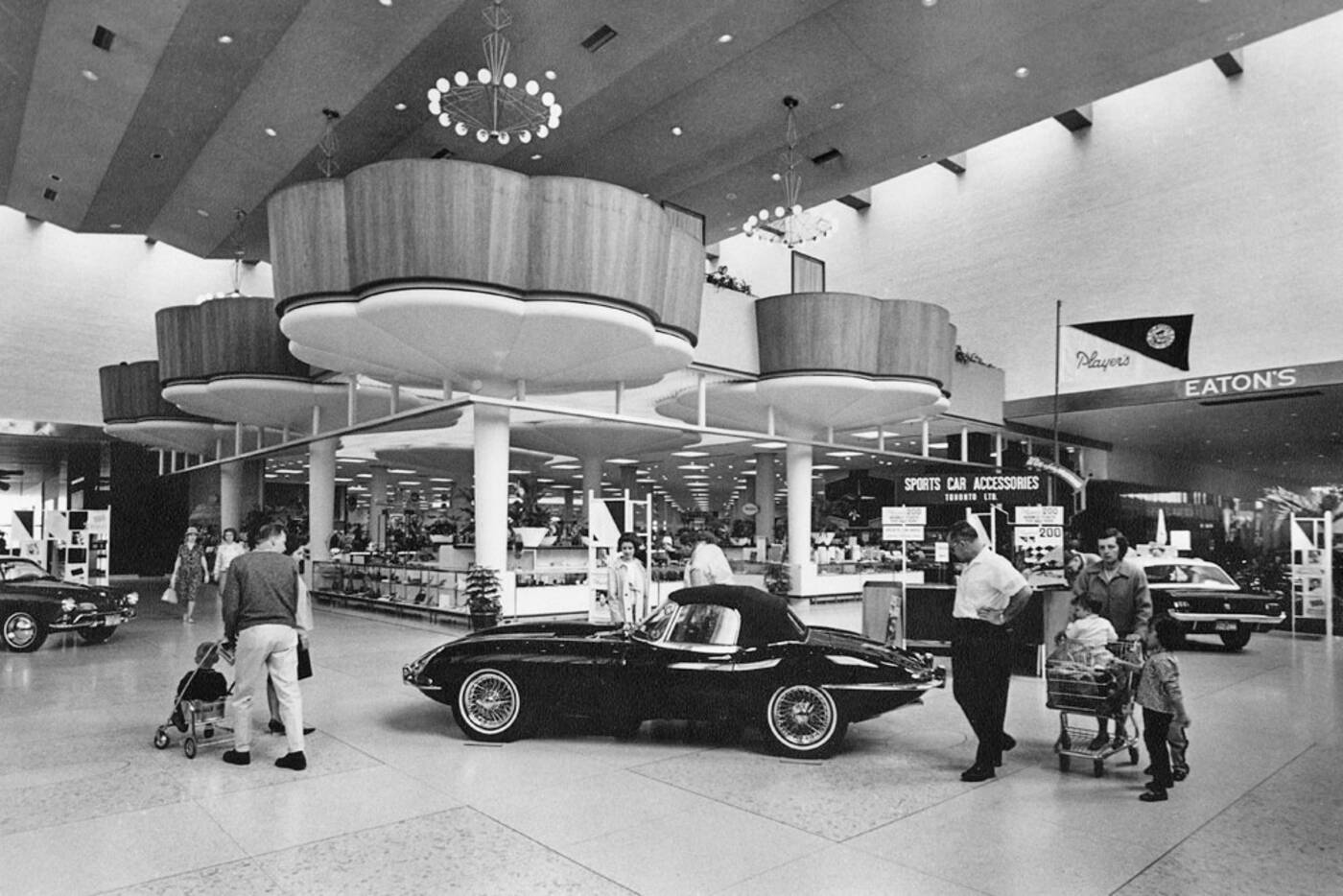 How cool do those leaf-like outcrops from Vista Restaurant look? Photo courtesy of Yorkdale Shopping Centre. 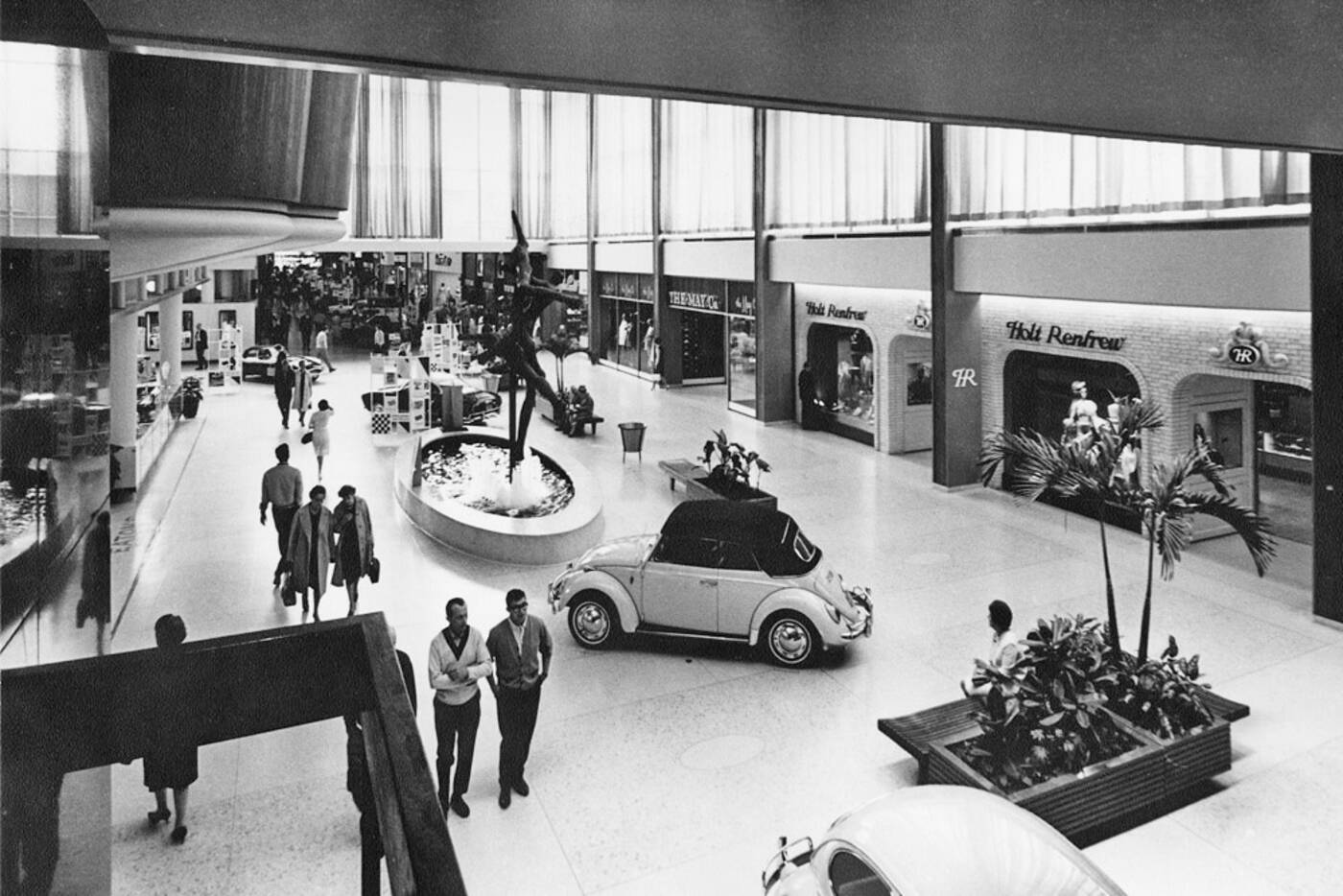 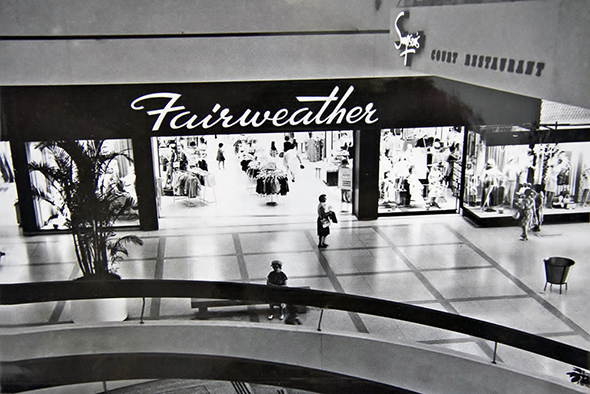 Back when Fairweather was a big deal. Photo courtesy of Yorkdale Shopping Centre. 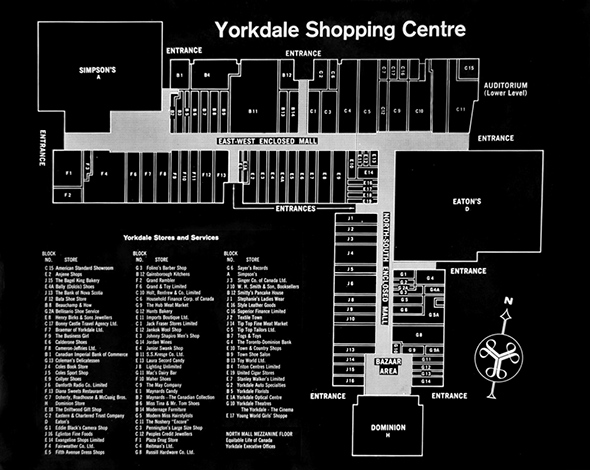 The original layout of the mall. It's undergone numerous additions since then. Photo courtesy of Yorkdale Shopping Centre.

by Staff via blogTO
Posted by Arun Augustin at 8:00 AM