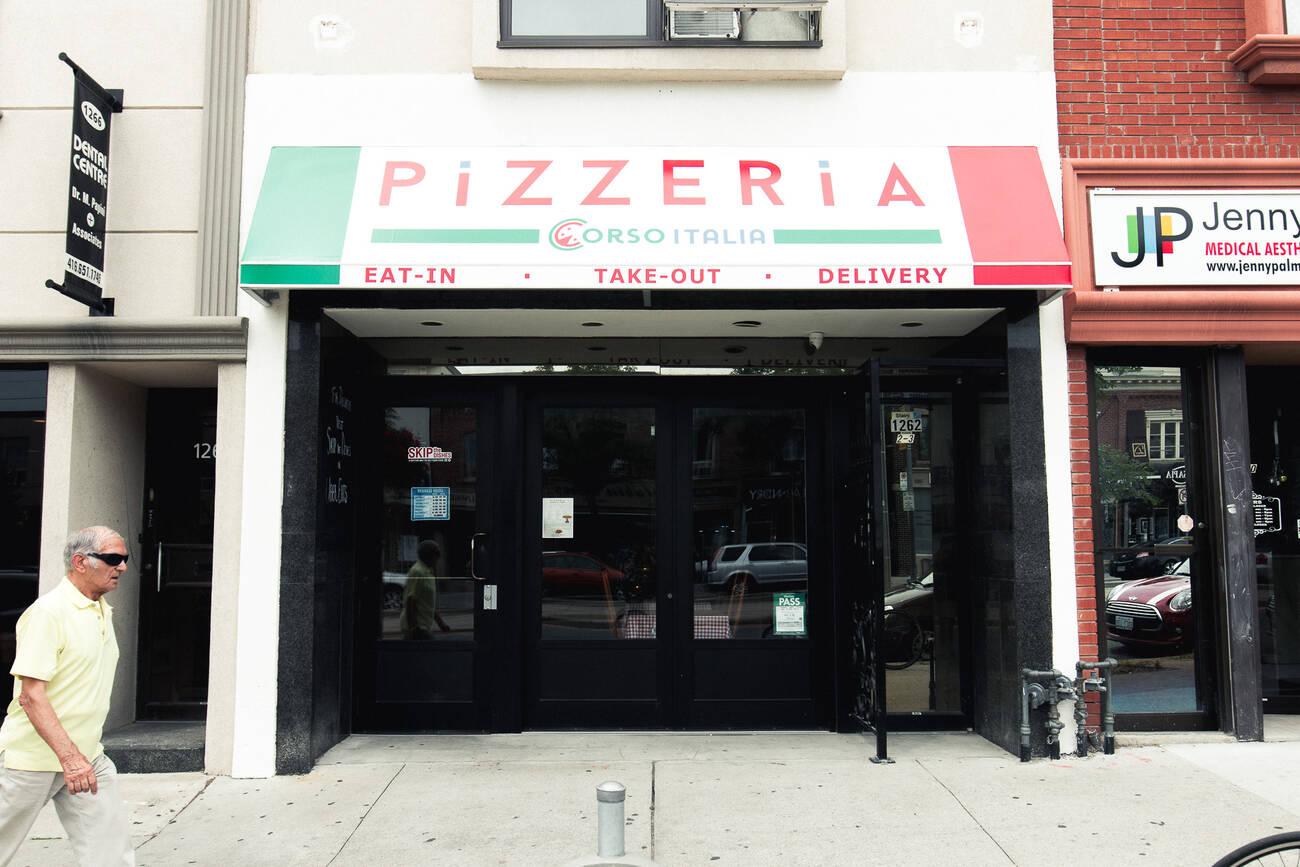 If you ask any longtime resident of Corso Italia about the 512 St. Clair streetcar, they'll probably tell you about the devastating track construction, and how it tore through the little community spanning just 800-metres for five gruelling years.

Considered the second landing pad for the record-breaking wave of Italian immigrants arriving in Canada after WWII—with Little Italy on College being the first—Corso Italia was once a lively strip filled with merchants and locals running their daily errands. 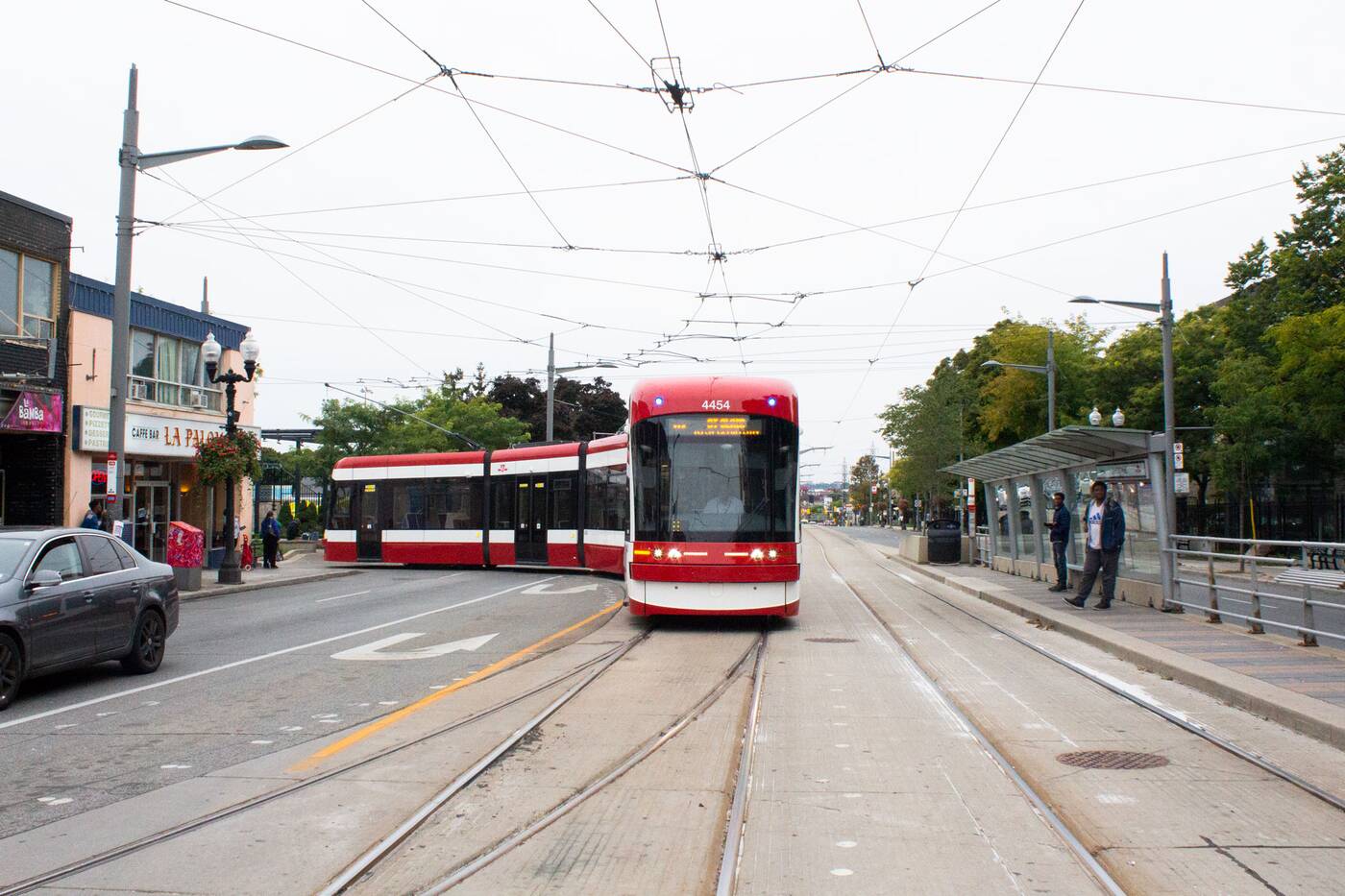 The drawn out construction of the 512 streetcar route had a hugely negative impact on the area.

After the 512 tracks were completed in 2009, the part of St. Clair West stretching roughly between Westmount and Prospect Cemetery grew quiet. So quiet, the city even added speakers to the lamp posts lining St. Clair running west of Dufferin in an attempt to liven it up. 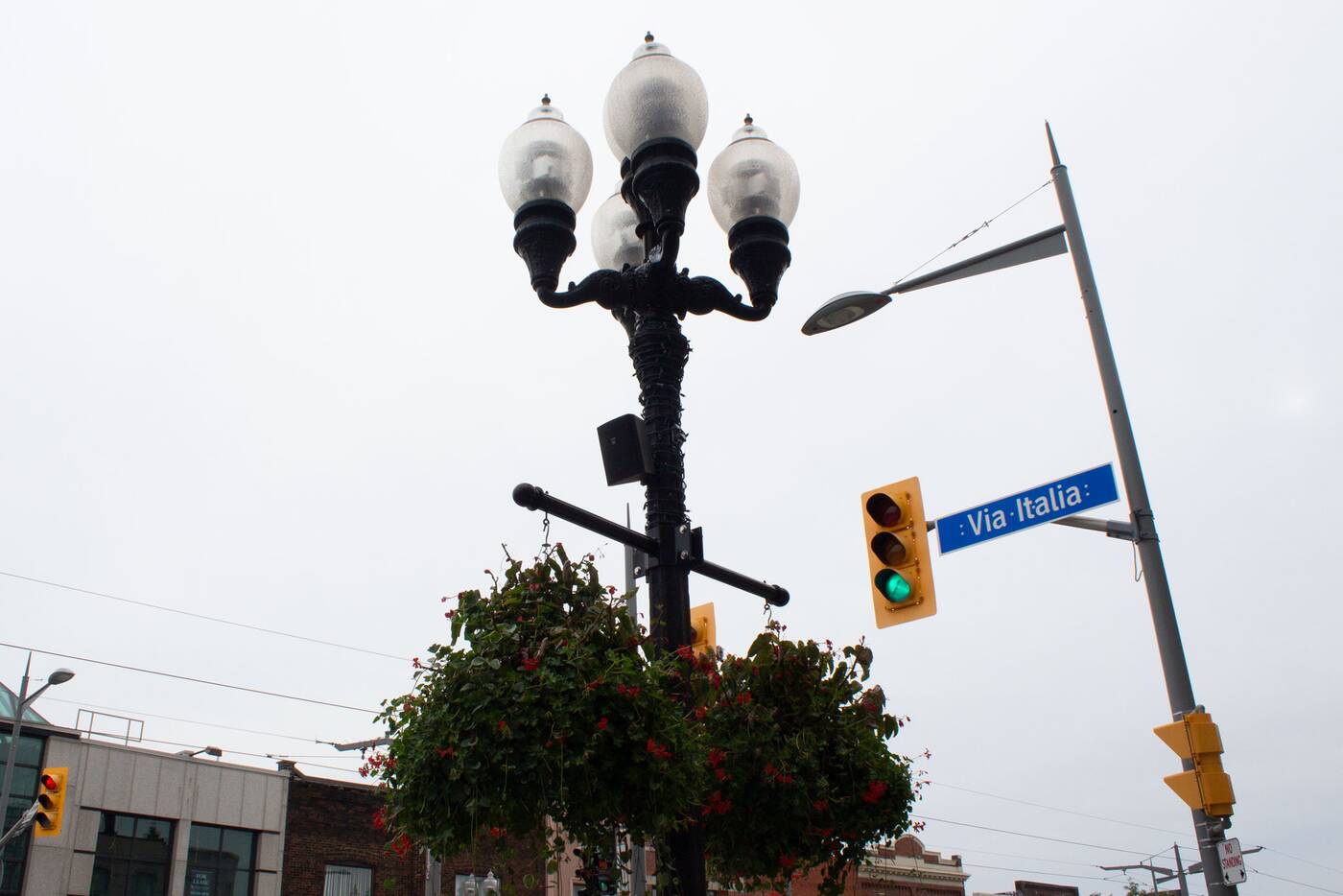 Speakers play jazz from the lamp posts in Corso Italia for the majority of the day.

Today, you can still hear the sounds of swanky jazz subtly playing in the air, creeping from the speakers discretely hidden on the lamp posts beneath hanging baskets of flowers. 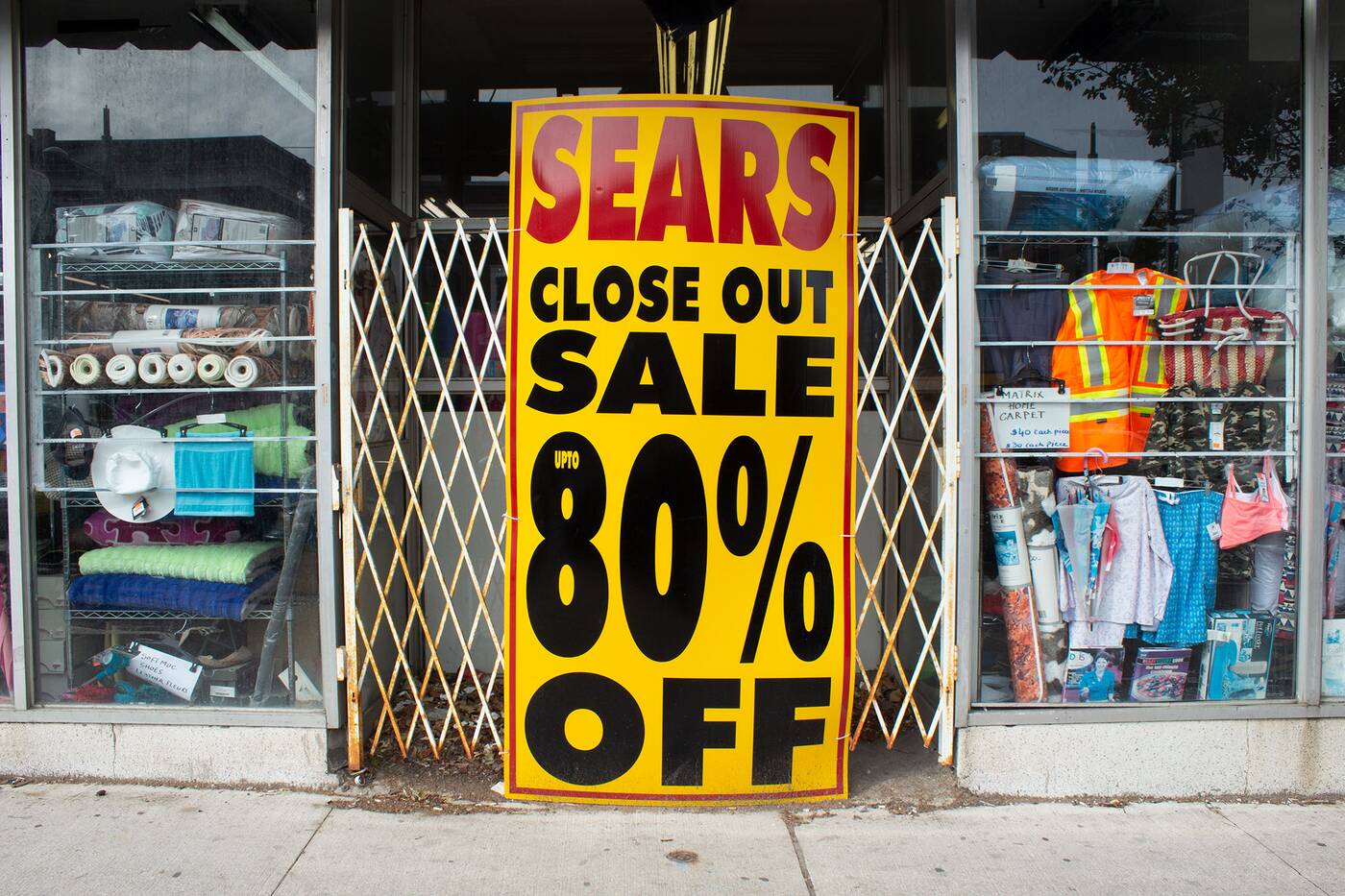 Corso Italia has many vacant or closing storefronts.

Still, the community had aged, and businesses who couldn't survive the dust of the construction and diminished foot traffic closed up shop (much like what's happening with Little Jamaica today) leaving behind numerous empty storefronts which even now line the street. 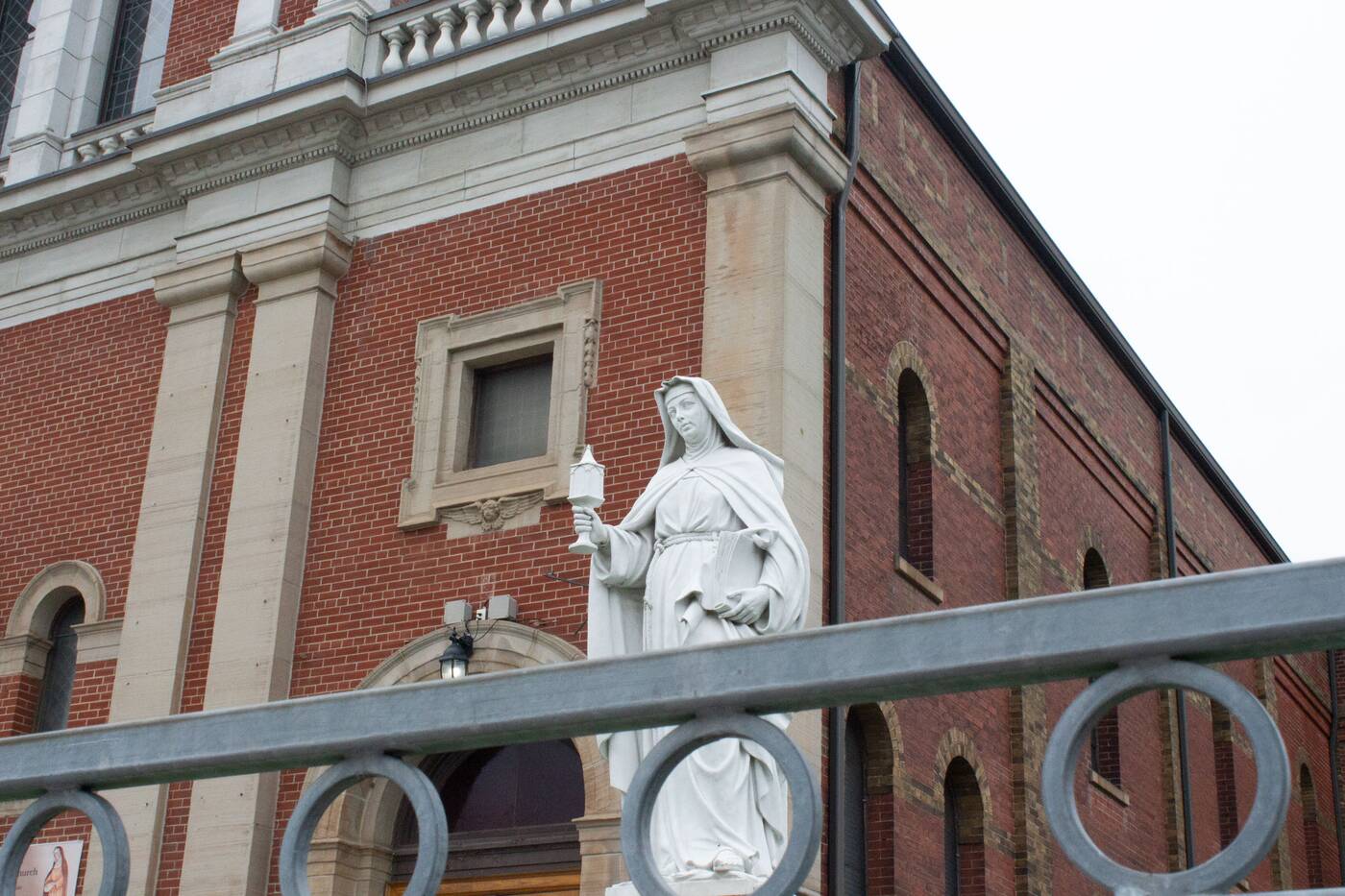 It was a far cry from the energy of Corso Italia during the 1982 World Cup, when over 300,000 Italians took to St. Clair West and Little Italy to revel in hometown glory, a watershed moment in terms of Italian visibility and pride in Toronto. 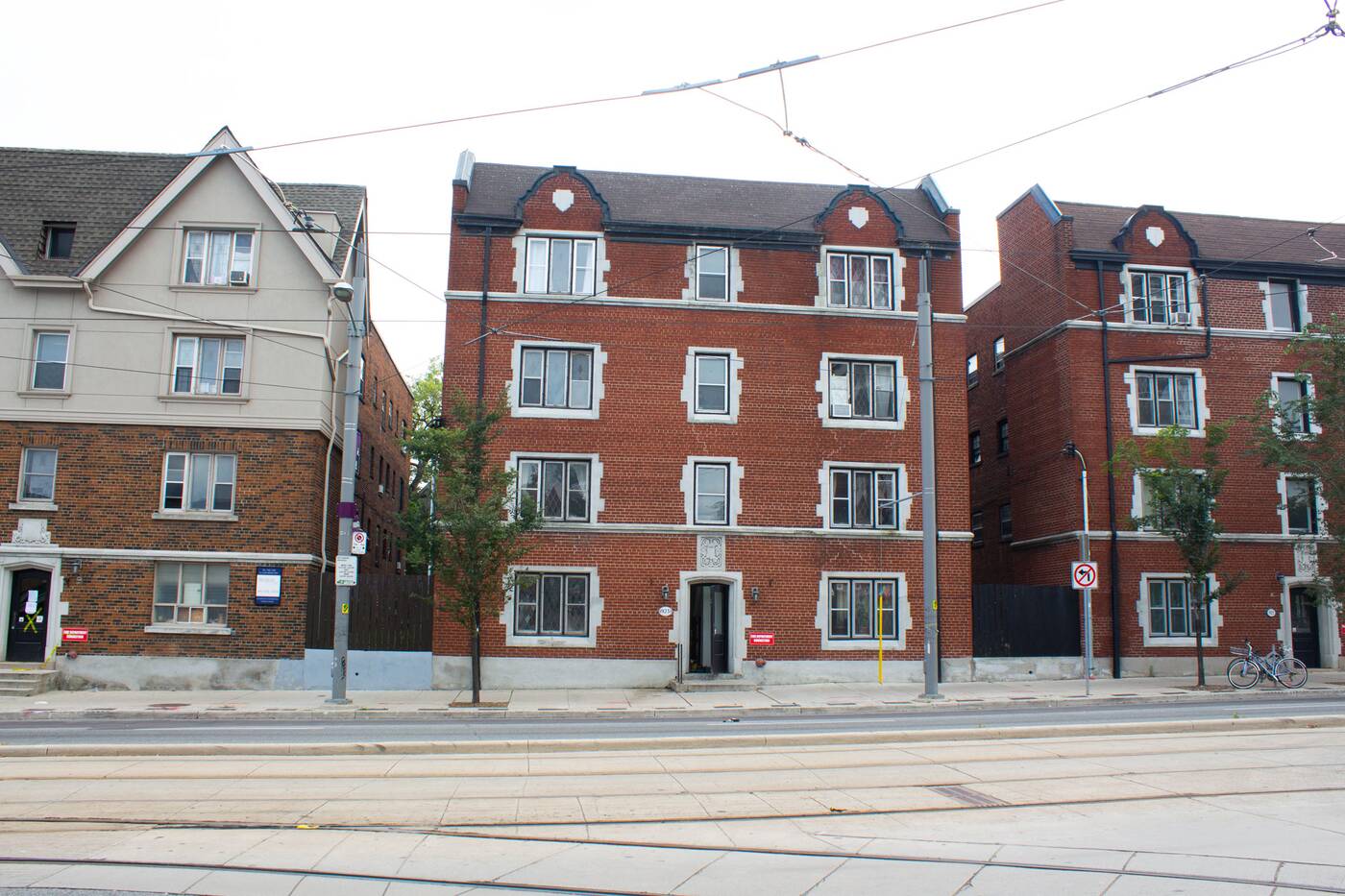 Many of the buildings here maintain an old style of architecture uncommon in the rest of the city.

It's been a slow recovery for the once bustling neighbourhood since then, and only now is Corso Italia beginning to see a resurgence in activity somewhat similar to the area's past glory days. 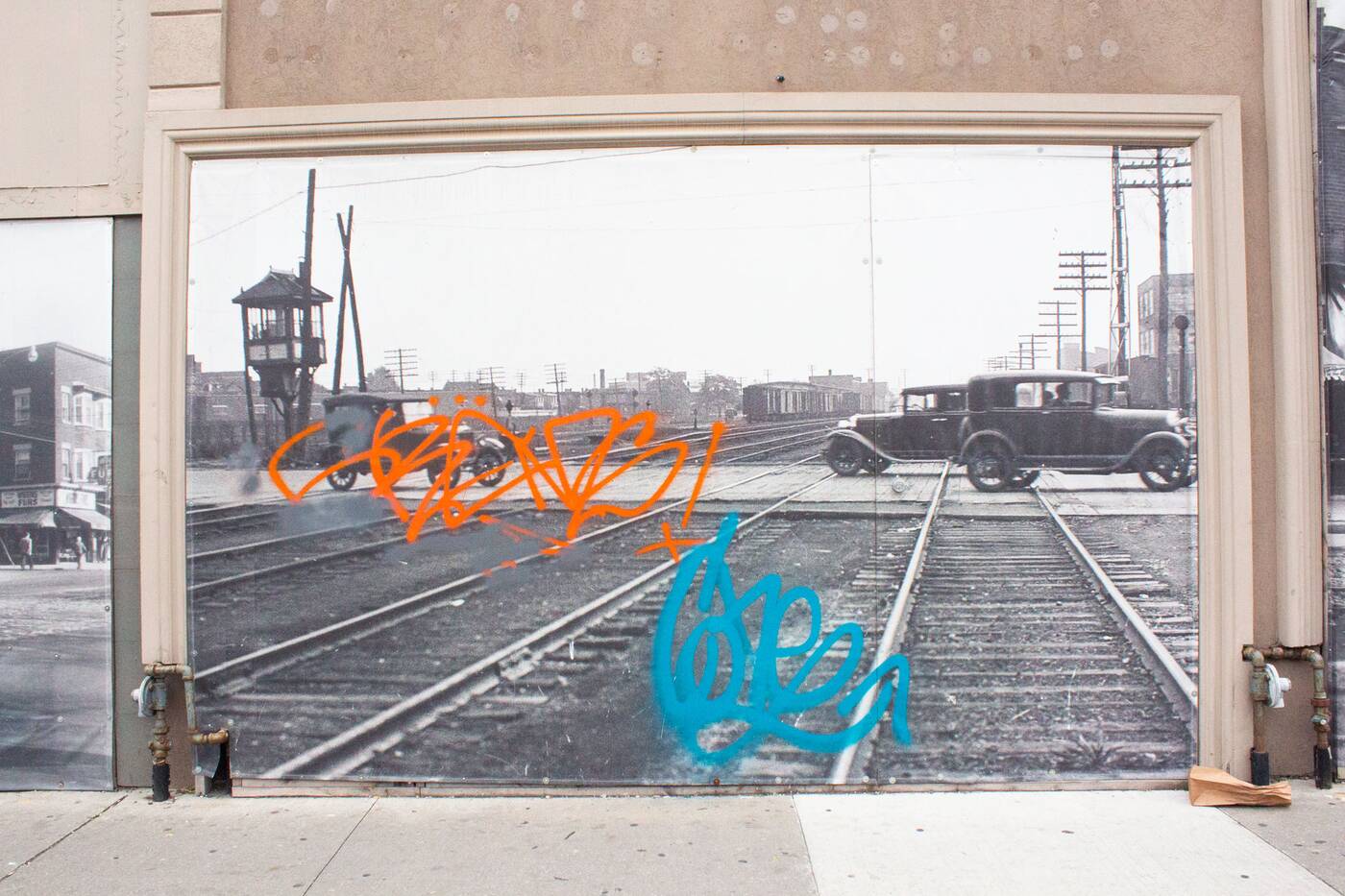 A black and white mural shows the Corso Italia area long before it was developed.

A wave of younger shops have joined the longtime Italian-run businesses operating traditional trades like tailoring, Italian leather shoe and grocers such as Diana Grocery or Centro Trattoria & Formaggi, and popular bakeries like Palermo. 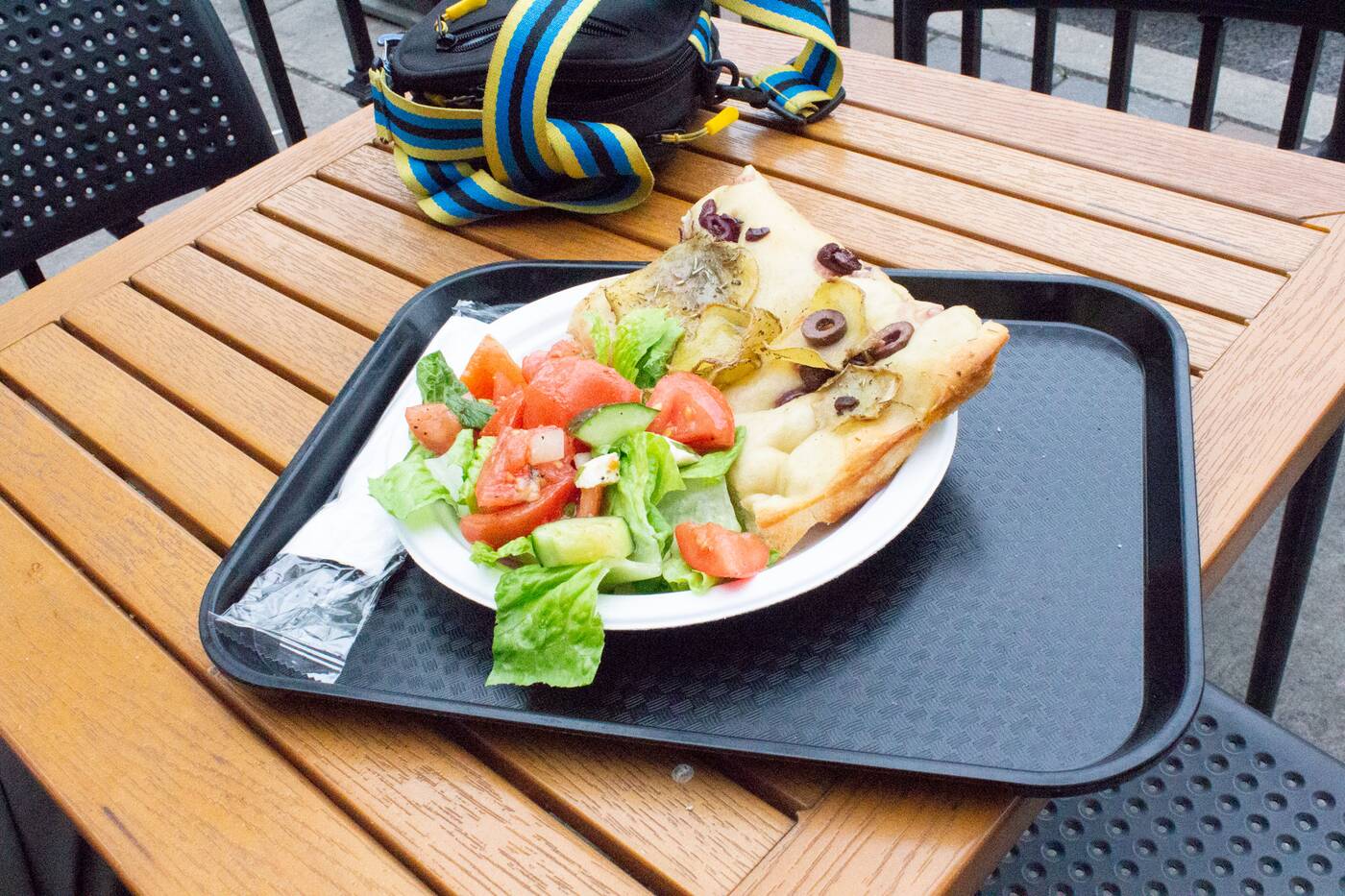 Where there were once only venerated joints like Frank's Pizza House with its hulking calzones, Pizza e Pazzi, the Big Slice with its massive panzerottos, Marcello's, and Tre Mari Bakery with its fresh buns, there are now restaurants like Cano, serving elevated Italian brunch. 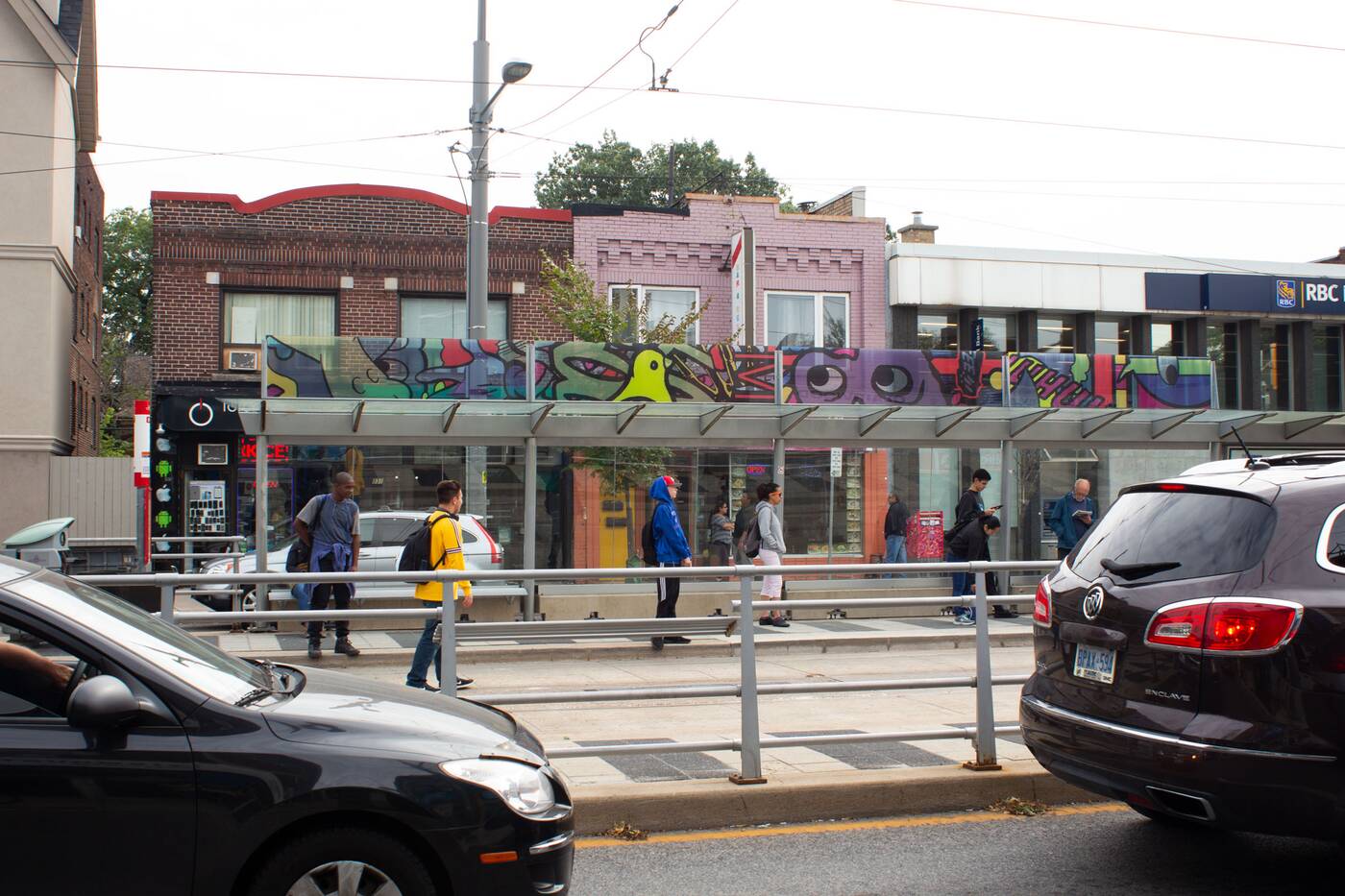 The streetcar stop all along St. Clair have unique shelters.

Just outside of Corso Italia proper—around Oakwood Avenue, which feels like the 'real' eastern border of the neighbourhood—newer businesses with fresh energy have already entered the periphery. 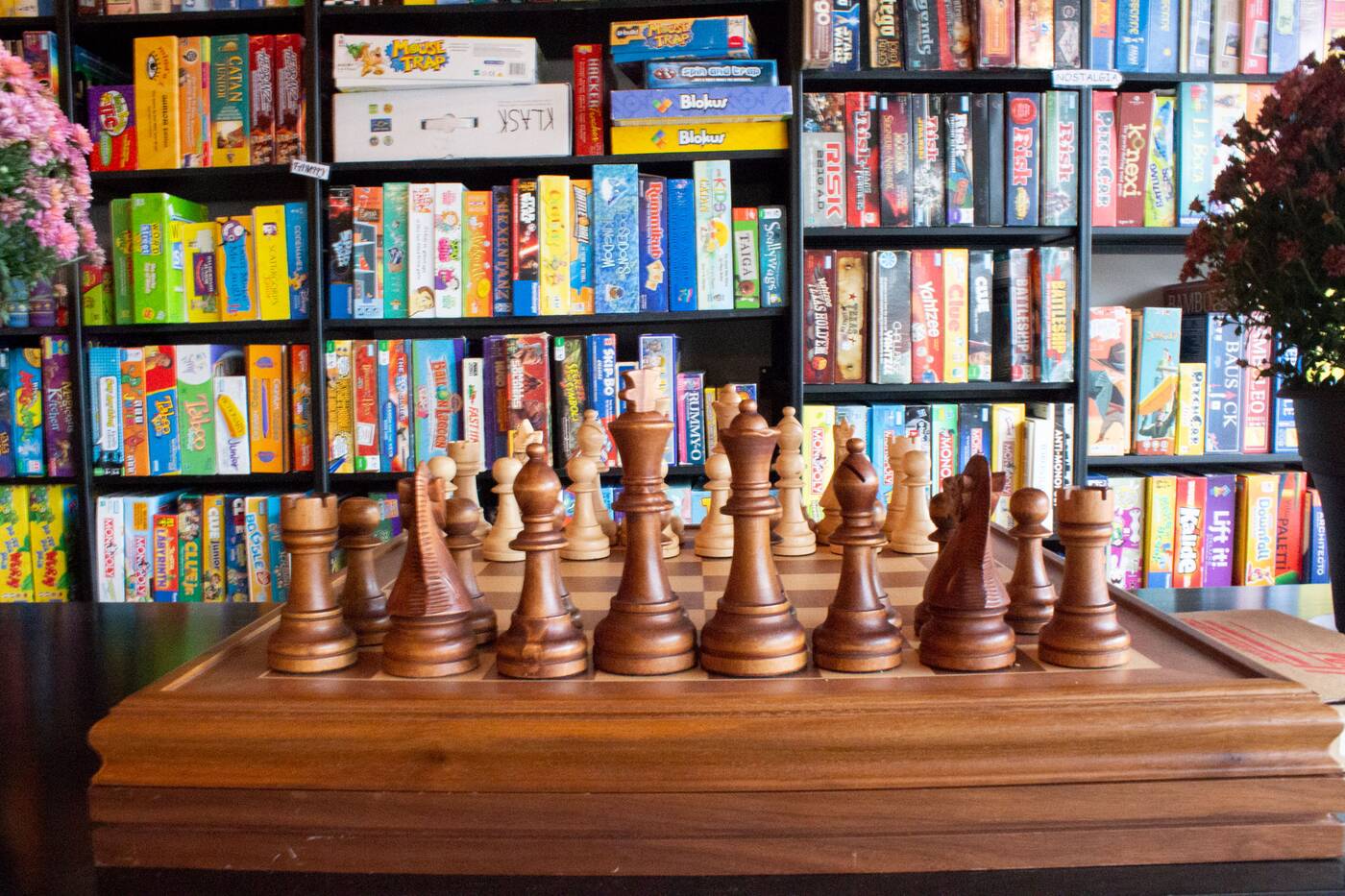 There's even a colourful and inviting new boardgame cafe called Spielhaus, which has over 2,500 games like D&D and snacks to keep you fuelled during your intense game sesh. 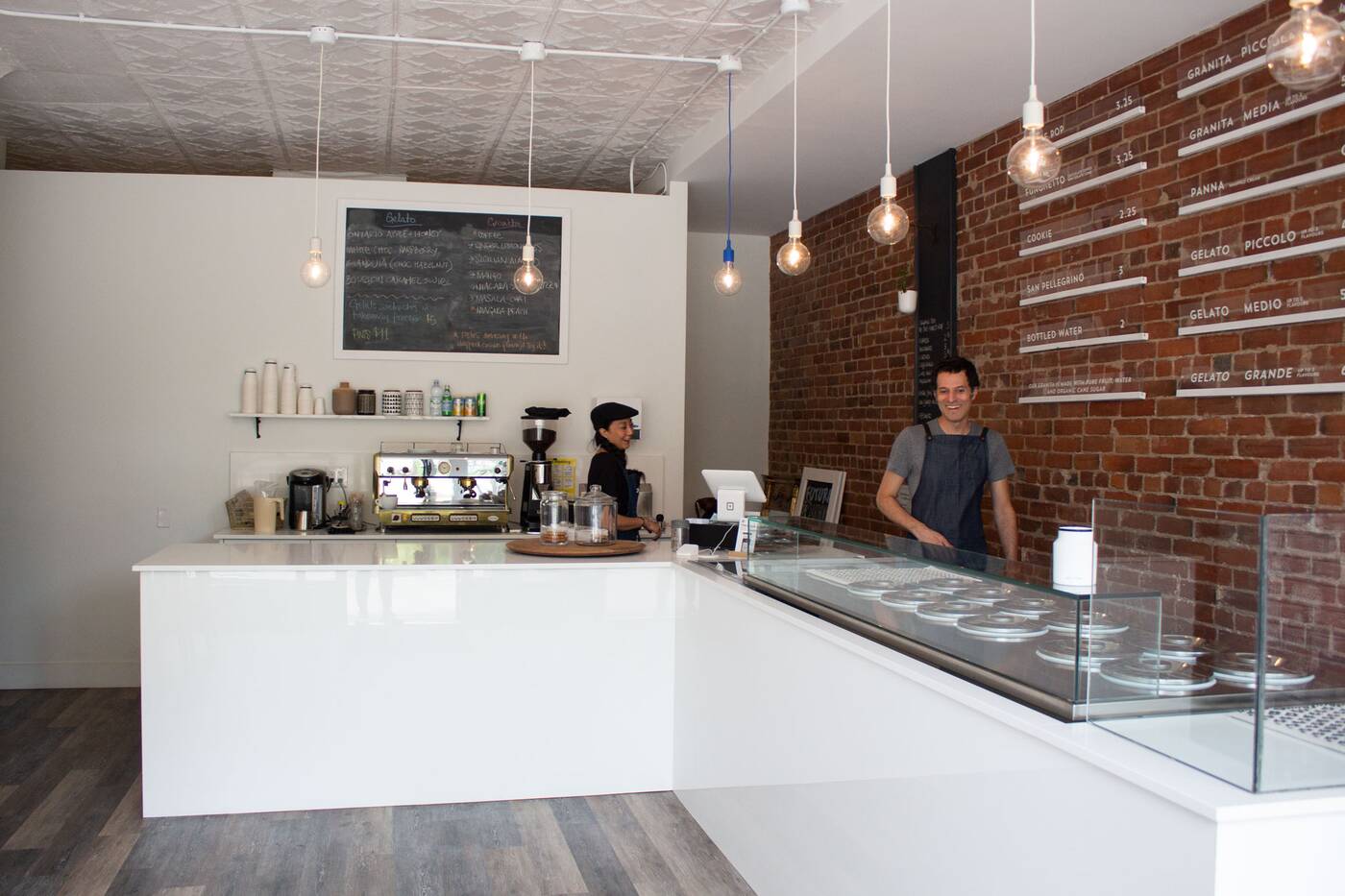 Of course there's no shortage of gelato here, with more springing up each summer. Joining Corso Italia favourite La Paloma comes small-batch gelato from Madonna Mia and, though not in Corso Italia proper, Futura Granita + Gelato from Carlo Diano and Lois Kim. 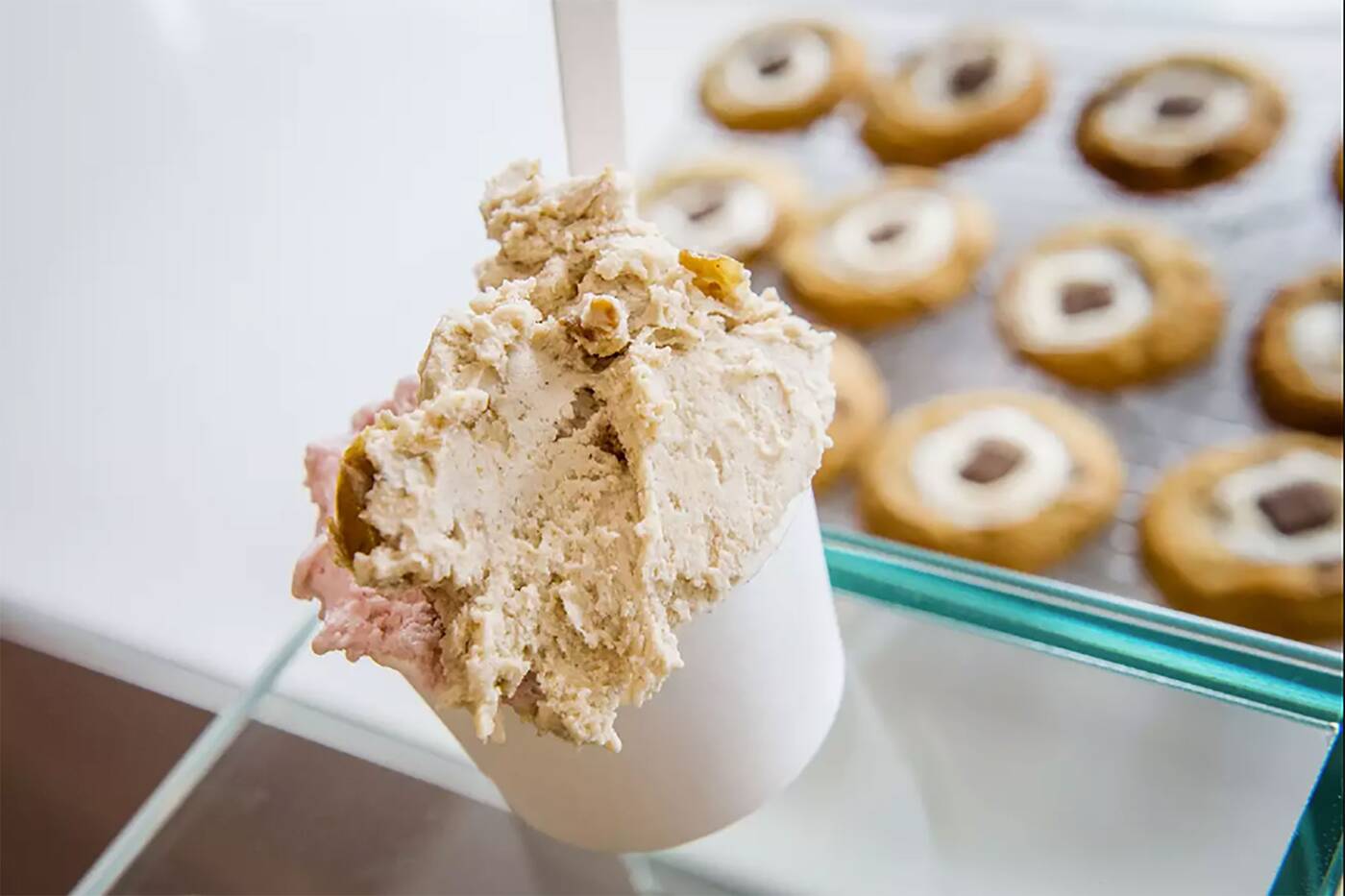 Futura's gelato, cookies, and freeze pops are all made in-house.

Diano, whose father owned a shoe store called Varese located at St. Clair and Earlscourt for nearly 50 years, says he and Kim opened Futura Granita last year to bring their twist on Italian ice cream to an oldschool Italian neighbourhood.

"We want to honour the tradition but put our stamp on it," he says. "The meeting of old and new, which is kind of where the neighbourhood is right now." 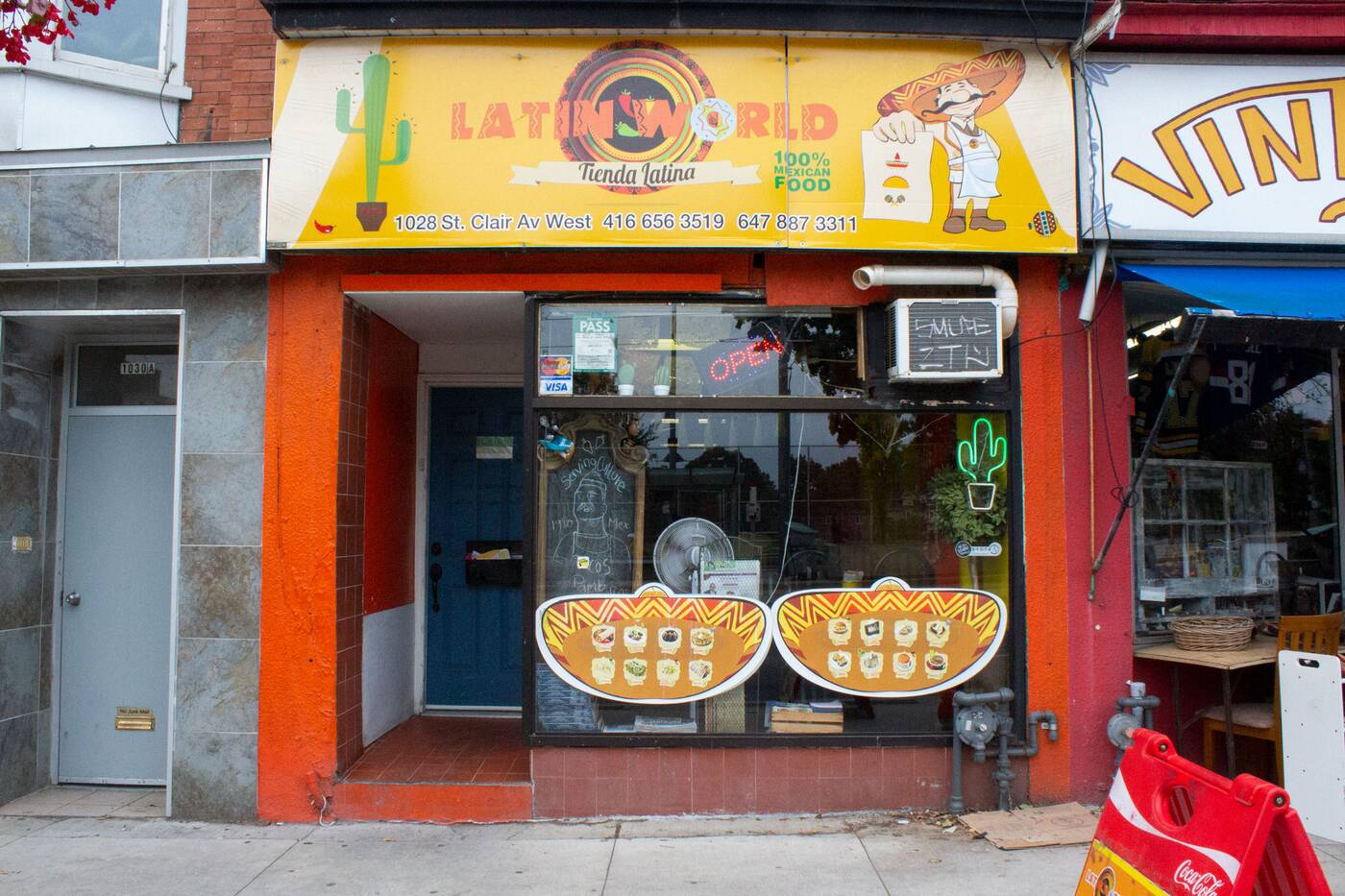 Latin World is a grocery store selling Latin American products and tacos made to order.

Perhaps one of the biggest changes over the years has been the introduction of several laudable Latin American restaurants and grocers in the St. Clair and Oakwood area, including a slew of Peruvian like Paracas and El Salvadorian via Tita La Guanaca. 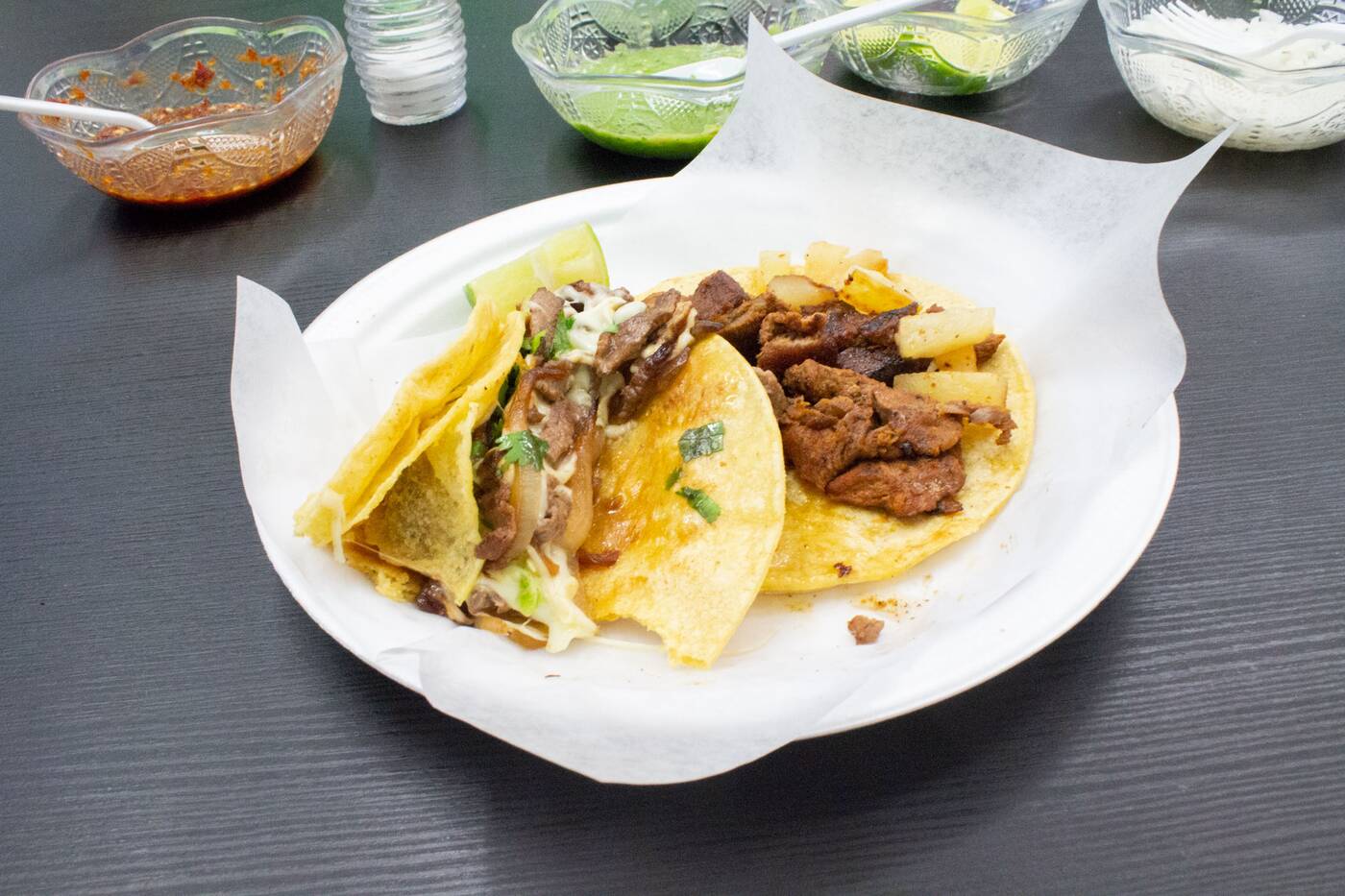 The tacos from Itacate are some of the best in the city.

There's no shortage of incredible Mexican eateries too, including Tenoch, King's Taco's, and the always bustling Itacate, a family-run spot serving up some of the best Toronto tacos outside of Mexico. 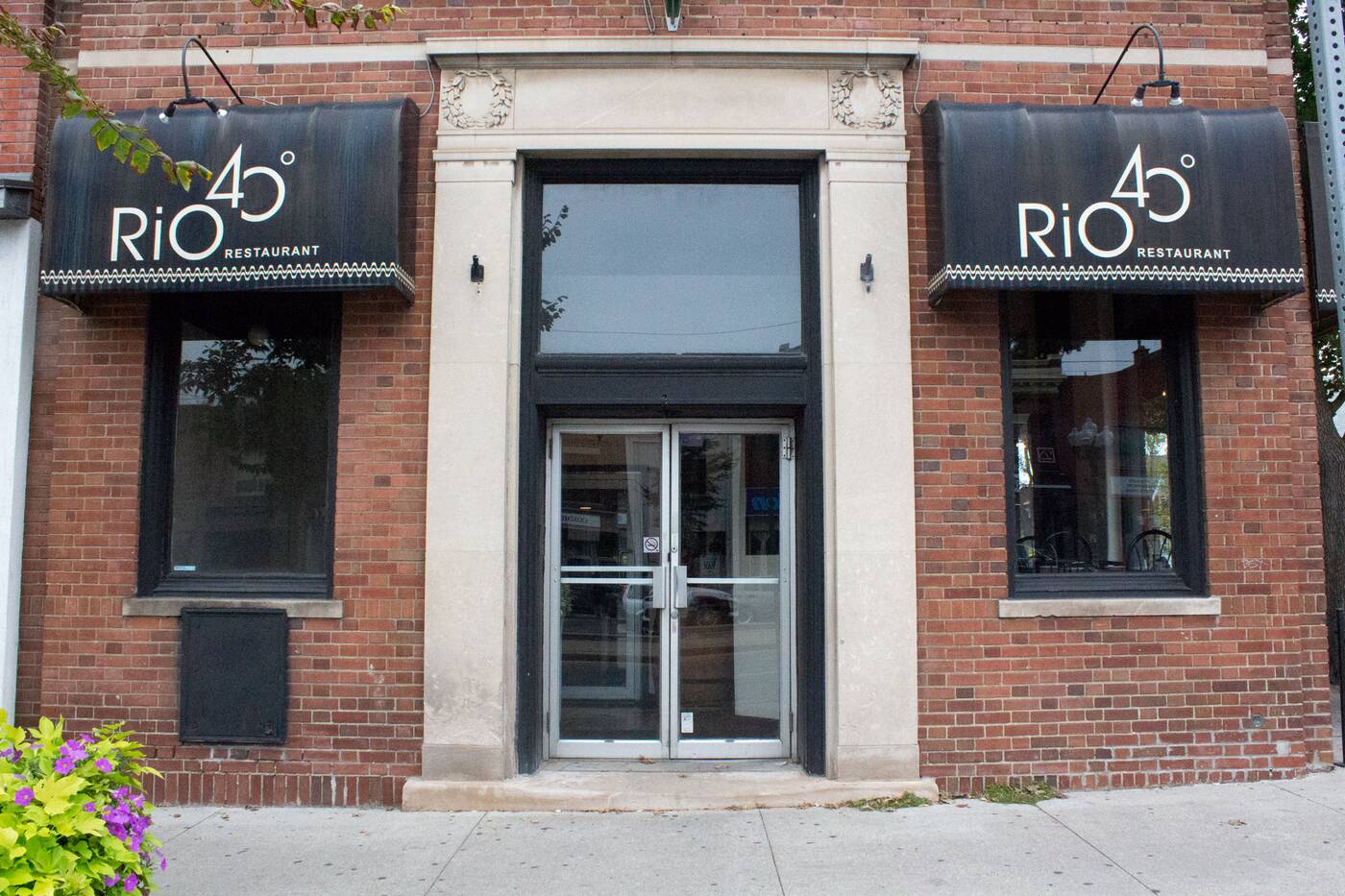 The Brazilian restaurant Rio 40 is a popular destination during the World Cup.

Seeing many of these businesses call some major World Cup contendors home, it's no surprise Corso Italia comes most alive during World Cup season, when people flock to Brazilian restaurant Rio 40 and Latin Fiesta to cheer for their teams. 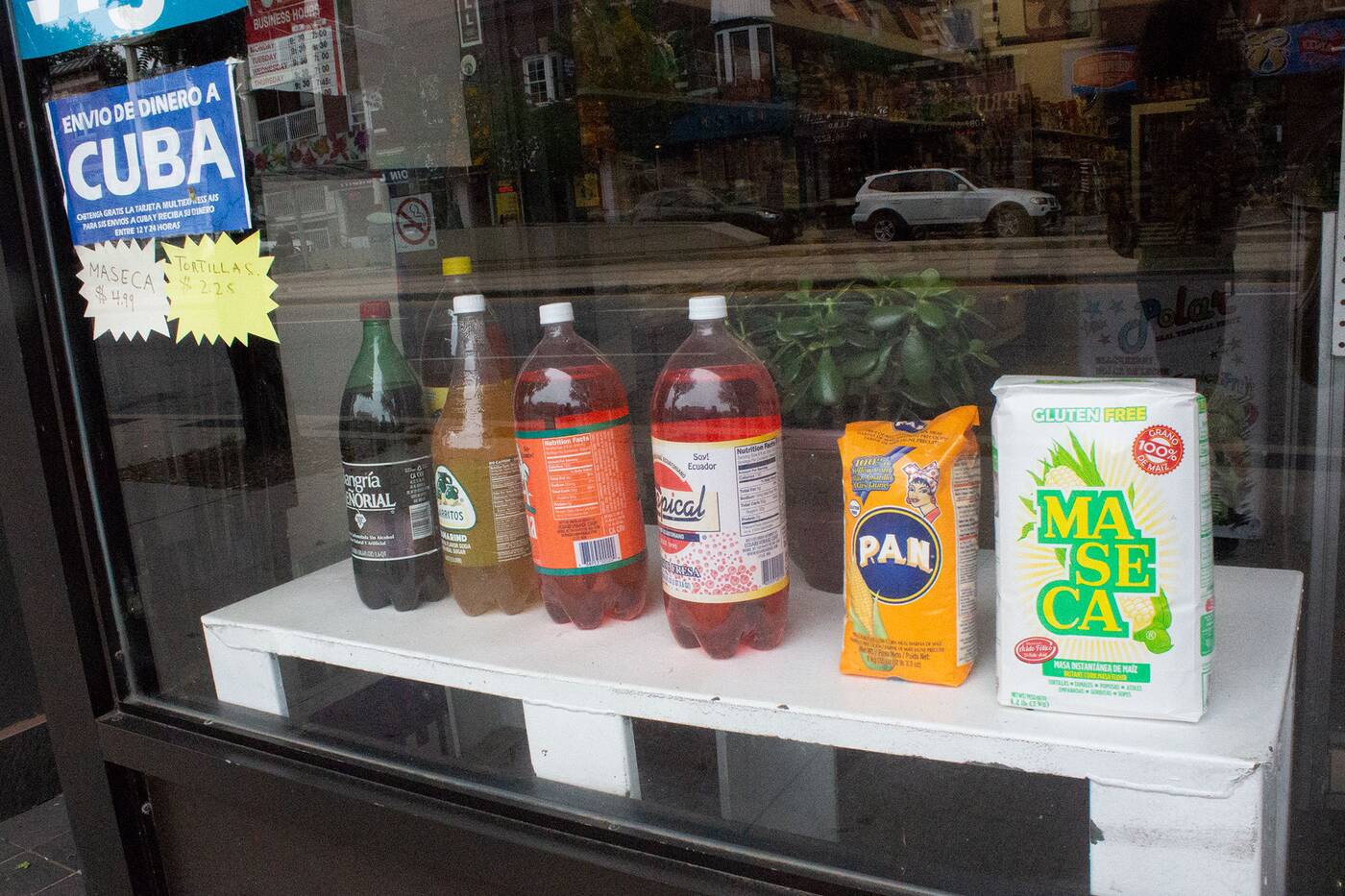 Compared to elsewhere in the city, rent in this area is still considered low, and there are still empty storefronts to be filled. For an area that is only just beginning to awaken, the roster of businesses in Corso Italia is enough to travel afar for, and the future of the area looks promising too. 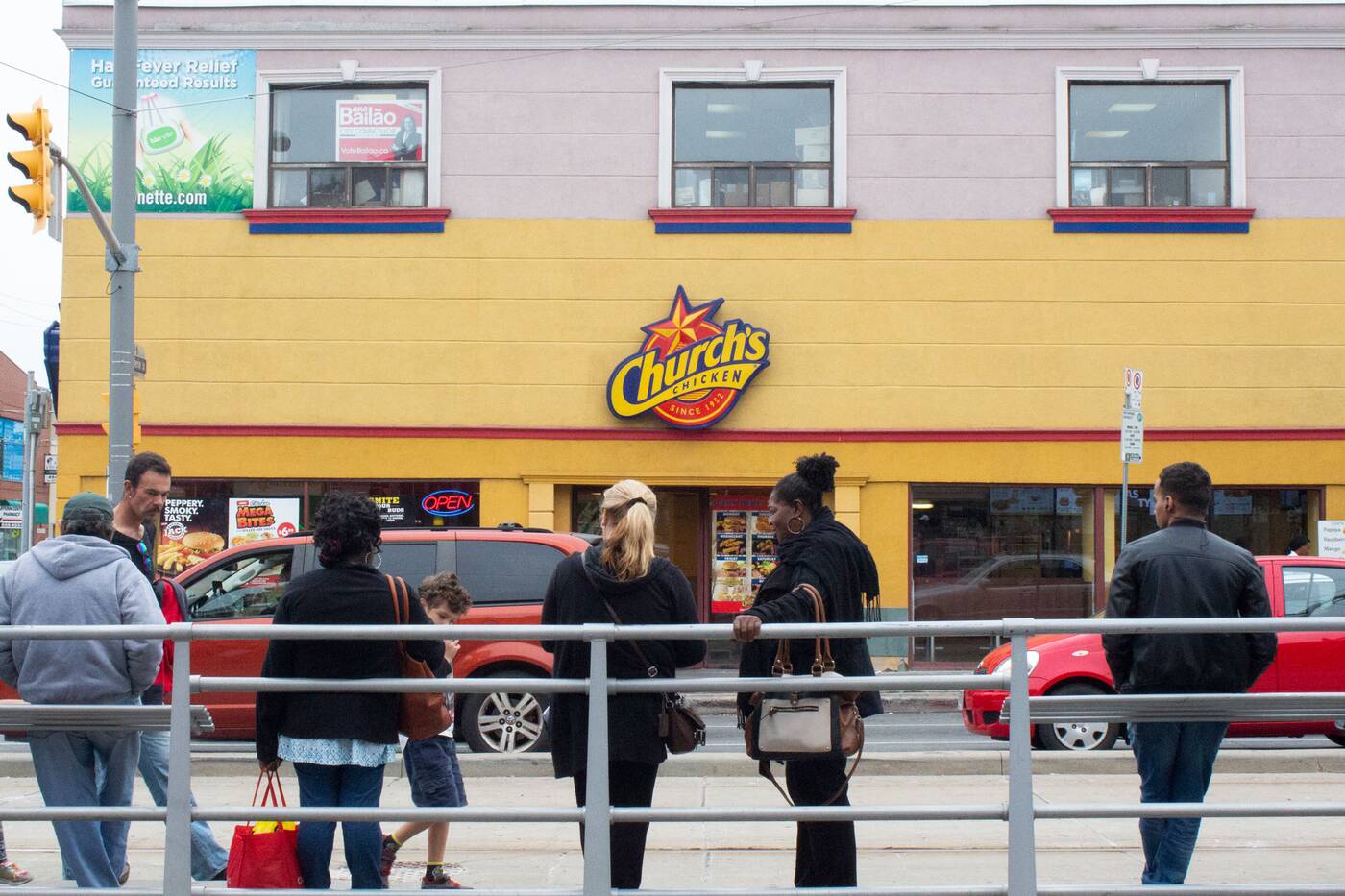 by Tanya Mok via blogTO
Posted by Arun Augustin at 5:59 PM