Toronto Mayor says drinking should be allowed in local parks 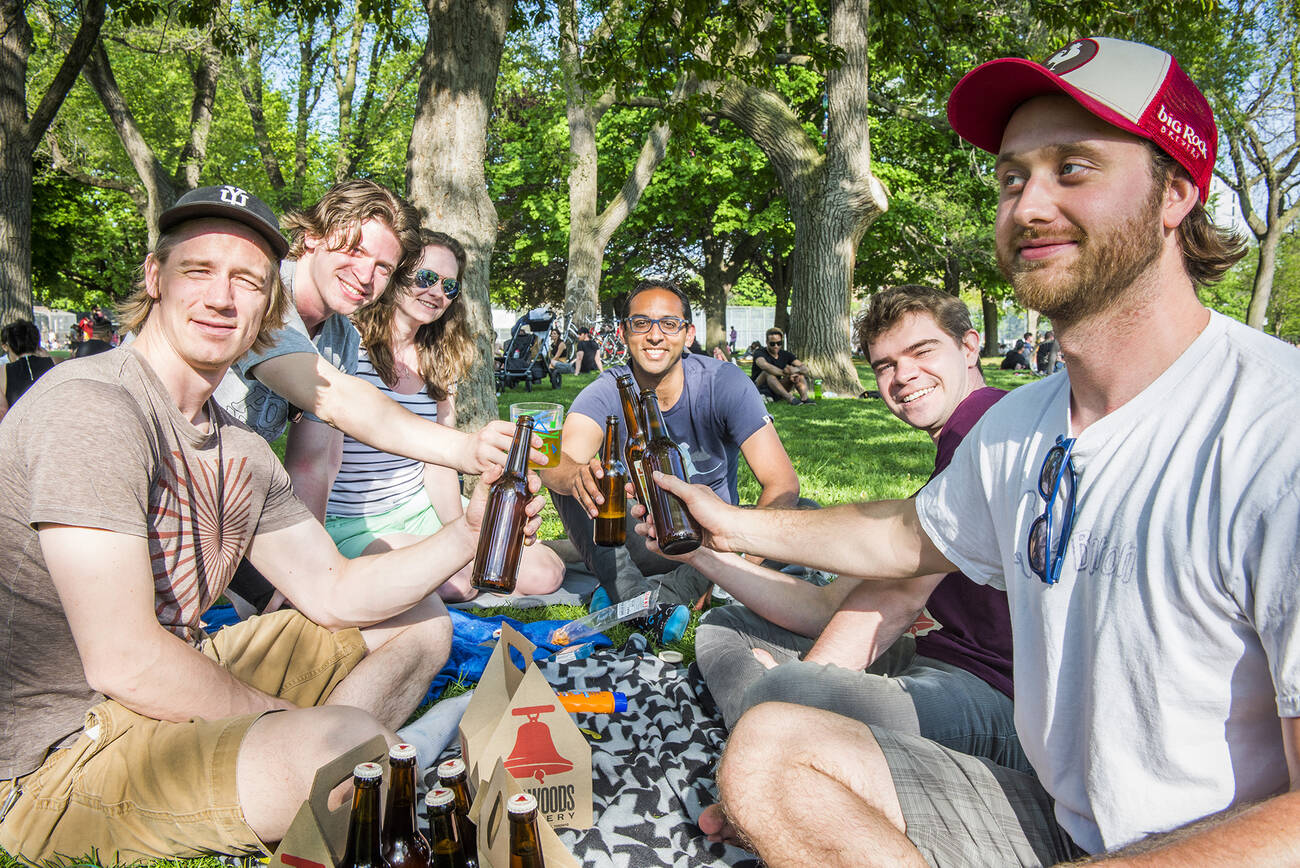 If the people of Toronto can legally smoke weed wherever they're allowed to smoke cigarettes, why can't alcohol be consumed outside of homes and licensed bars?

It's an interesting question, and one that Toronto Mayor John Tory has given some serious thought.

"I know from being in the parks now, it's quite a widespread practice for people to have a glass of wine," said Tory to reporters on Thursday. "And it doesn't’ seem the world has come to an end as a result of that."

Tory, who is currently running for re-election, was asked at a police event if he supports the provincial government's newly-announced cannabis consumption rules — particularly the one that says smokers can light up a joint wherever tobacco is permitted.

"I guess now it does probably prompt us to do something that I’ve talked about... to say if people want to enjoy, which they seem to be doing, a glass of wine or a beer in a park, which I think most people are quite responsible enough to do, we should take a look at that kind of thing as part of this continuation of the reform of our laws."

What do you think? #TOPoli #onpoli pic.twitter.com/GmSLJhHfgM

Tory, clearly inspired by a clever 2017 April Fools day prank, went on to point out that many people imbibed outside at Pride this year "without the world coming to an end."

He also said that the rules around modest alcohol consumption (in parks) should be "reconsidered in the context of 2018."

True say. Legal or not, people have been drinking en masse at parks in Toronto on summer weekends for years. An entire industry has risen out of the discarded beer cans at Trinity Bellwoods alone.

Toronto Municipal Code (TMC) Chapter 608, Parks, says that drinking is not allowed in City Parks, unless authorized by a permit in an enclosed area.

Police officers can issue tickets of up to $300 to those caught violating this bylaw, but it's at their own discretion (and a lot of them don't.)

At the provincial level, people over 19 can be fined $100 for possessing open liquor outside of a licensed premises, residence or private place, and another $100 for consuming it.

You can also be charged $50 under Ontario's Liquor Licence Act for being intoxicated in a public place. Basically, it's more expensive to be caught drinking liquor outside if you're also drunk at the time.

Not a fan of @JohnTory but this is a smart idea. Treat adults as adults. Public drinking is all over Europe and the place is not falling apart #topoli

Beaches-East York councillor Mary-Margaret McMahon, who chairs the Parks and Environment committee, has been recommending that the city relax its public drinking laws for parks since September of 2017.

McMahon highlighted a popular craft beer program in Philadelphia, where mobile beer trucks travel to different parks all summer, to see if Toronto might benefit from such an initiative (the profits of which are reinvested into Philly's park system.)

"I think it's an exciting opportunity," McMahon said of her idea at the time. "People are drinking in parks anyway."

by Lauren O'Neil via blogTO
Posted by Arun Augustin at 8:20 PM