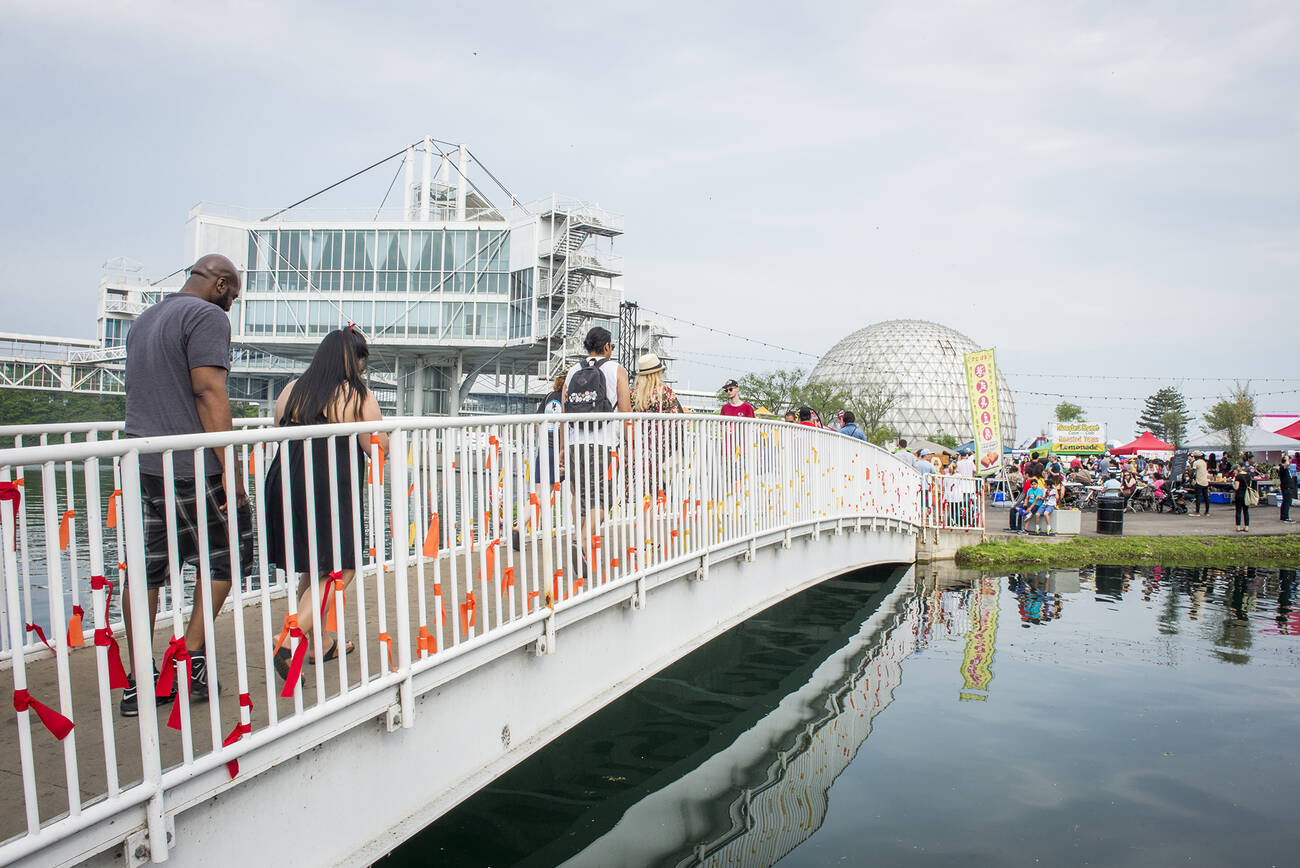 Thursdays, amirite? You've made it this far and events in Toronto today are a reward for your hard work. Leon Bridges and Maroon 5 are performing and Oktoberfest is in the air. The Broadview celebrates, while art, pizza, film and more are all on as well.

Leon Bridges (September 27 @ RBC Echo Beach)
A man of many styles and sounds, Leon Bridges lends his beautiful voice to both soulful acoustic ballads, electro collabs and everything in between.
Octo-berfest (September 27 @ Ripley’s Aquarium of Canada)
Celebrate Oktoberfest with the fish at this big party featuring ten local breweries on hand to keep you swimming all night.
Startup Open House (September 27 @ Multiple Venues)
See inside some of the many startups around the city during this big open house and maybe you'll see a dog or two running around.
Maroon 5 (September 27 @ Scotiabank Arena)
We all remember where we were when "This Love" came out and Maroon 5 hasn't looked back since, now here to play songs from Red Pill Blues.
Broadview Hotel's 1st Birthday Party (September 27 @ The Broadview Hotel)
Take in the views at the newly revamped Broadview Hotel as it celebrates one year since it opened with $1 food specials and cheap drinks.
Mahogany (September 27 @ Revue Cinema)
Designing the Movies is back to take a closer looks at the aesthetics that make up the 1975 rages-to-riches story starring Diana Ross.
Pizza in the Park (September 27 @ Christie Pits Park)
The last pizza party of the season is on with an evening of fresh pizza courtesy of the ovens in the park, drinks, tunes and Indian food from Banjara.
Toronto Oktoberfest (September 27-29 @ Ontario Place East Parking Lot)
The sights and sounds of Deutschland takes over during this huge celebration with all the lederhosen, bratwurst and steins you can imagine.
Vision (September 27-30 @ White House Studio Project)
Immerse yourself in art that seeks to explore the possible with the impossible with a celebration of Black expression and shared dreams.
Night Owl Festival (September 27-30 @ Multiple Venues)
Get your fix of psych rock at this festival happening all over the city with performances by Mien, Teke Teke, Luna Li and many more.

by Lisa Power via blogTO
Posted by Arun Augustin at 5:34 AM